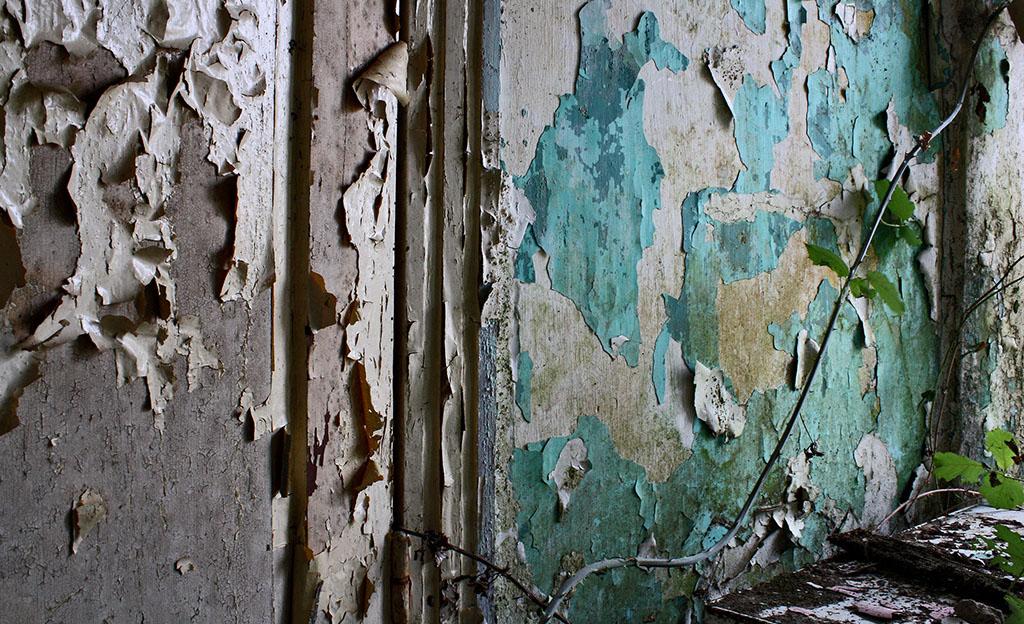 Psoriasis, a disease without a cure that negatively impacts patients’ quality of life is reported to have up to 11.4% prevalence in certain countries. There are three types of treatment: topical treatment, applied directly to the skin; phototherapy, exposure to certain UV light; and systemic, medications that work throughout the entire body, taken either orally or intravenously.

Throughout 2017 the team at CREATION has been tracking the conversations of healthcare professionals (HCPs) worldwide relating to psoriasis. Within this conversation, it is clear to see HCPs are very interested in medications in this space. There have been over 1,200 posts by HCPs which discuss psoriasis drugs, of these, over 1,000 named the trading name or the generic name.

In this conversation one of the biggest topics being discussed was the price of these medications.

13% of all HCPs’ posts where a medication was named, referenced the cost of these medications and or profits being made. Generally, posts were neutral in sentiment, referencing price increases, citing figures of profits being made or, in some cases, commenting on decreased sales.

However, in the midst of the cynicism some HCPs spoke to the cost to benefit ratio of certain drugs for psoriasis. One of these was Juan Ivancevich, an allergist in Buenos Aries, who said “ICER says immunomodulators worth the cost for patients with moderate-to-severe plaque psoriasis”.

ICER says immunomodulators worth the cost for patients with moderate-to-severe plaque psoriasis https://t.co/x4jd43INXG

When HCPs discussed psoriasis medications, often their thoughts turned to patients. More than 1 in 10 posts that referenced a psoriasis drug discussed patients. In the UK, a patient reached out to consultant dermatologist, Dr Anton Alexandroff complaining about her topical treatments. Dr Alexandroff’s response:

The topics of cost and patients were both widely discussed online by healthcare professionals however the biggest topic in the therapy area of psoriasis in recent months globally was biosimilars, with nearly 1 in 4 of all comments referencing a biosimilar or follow-on biologic. A biosimilar is a product that is approved based on a showing that it is highly similar, in terms of safety and effectiveness, to an already approved product. The patents of both Humira and Remicade ran out in the US in 2016. Throughout the beginning of 2017 we have seen spikes in conversation as biosimilars are being tested and approved. 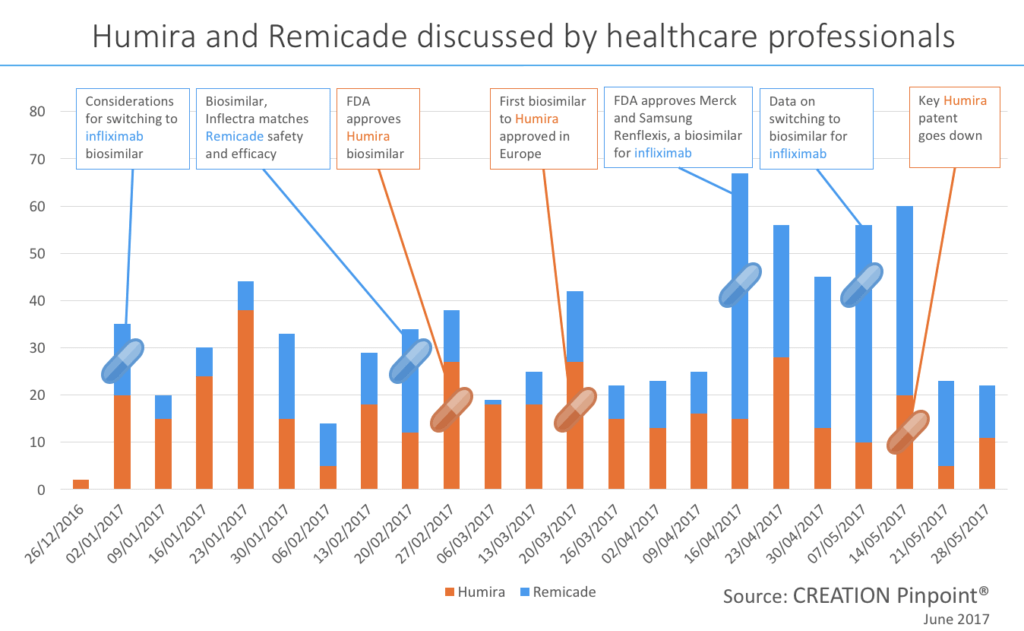 We could look at these two psoriasis medicines as a prediction for all psoriasis medicine when their patents expire. We can see that as biosimilars enter the market, an approval for a drug from the EMA or FDA can be a contributing factor to a spike in conversation. This can be seen in late February and again in mid-March as HCPs discuss the approval of a Humira biosimilar in the US and Europe. When the FDA approved this medication, called Amjevita, all but one of the healthcare professionals who shared the news were based in the US, the other was in Brazil. When the EMA approved the drug a few weeks later healthcare professionals from Europe (including France, Spain, the Netherlands and the UK) shared the news as well as HCPs in the US and India.Another topic that drove conversation was studies and trials. In late February HCPs were quick to share trial results showing equal safety and efficacy of Inflectra (biosimilar) to Remicade (reference product).With biosimilars starting to arrive on the scene as psoriasis medication, HCPs express some hopes for the future. One of these was cost reduction, however the average daily cost of a biologic is reported to be much greater than a small-molecule in the US today. Sentiment about the high cost of a biologic treatment was seen in the HCP conversation such as one trainee doctor in Japan sharing this experience with a psoriasis patient: “Saw a patient with severe psoriasis today. The only treatment that works for him is biological agent. And that costs around 6k per jab.”There is a hope that biosimilars will reduce costs for patients, Spanish gastroenterologist, Fernando Gomollón posted his concerns over the cost of infliximab and in that context, asked “will biosimilars change the landscape?”.

17 years of use demonstrate the real problem with infliximab is cost, not side-effects.Will biosimilars change the landscape? @charlie_lees https://t.co/4zTZ3ik7PF

The day after this another US doctor, also on the back of the FDA approval of biosimilar Renflexis, asked a question about access. Rheumatologist & epidemiologist Daniel Solomon speculated about whether biosimilar medications will enhance access.

Only time will tell as more biosimilar medications are tested and approved if they will answer the questions and concerns of HCPs, if they will reduce the cost of and improve access to treatment for psoriasis patients and health systems.

HCP conversations in this analysis were tracked using CREATION Pinpoint, the HCP insights platform from CREATION.