Doctors’ discussions of heart health – focus on the Americas

As part of Creation Healthcare’s research partnership with Doctors 2.0 & You, which uses Creation Pinpoint to analyse Healthcare Professionals’ (HCPs’) conversations in public social media channels about cardiovascular disease, I am continuing to share some highlights of our work.

Languages used in the Americas

We have previously discussed the importance of bringing local insights to bear in pharmaceutical marketing and communication campaigns (in general, in China and in Central and Eastern Europe).  This may include an awareness of:

Here, we provide some snapshot insights into the languages used to discuss the broad topic of heart health in the Americas. Heart health is a topic of global importance – heart disease has been a common issue in developed countries such as the United States for some decades, and the prevalence of “lifestyle diseases” is increasing in the developing world and amongst certain ethnic groups. Spanish language programmes such as www.estudiabetes.org have been created to support Spanish-speaking people living with diabetes, for example (diabetes is a risk factor for heart disease).

In this study, English, Spanish and Portuguese keywords related to heart health were used to configure Creation Pinpoint, which then looked for relevant HCP conversations on the topic taking place in the US, Mexico and certain South American countries (Brazil, Argentina, Venezuela, Ecuador, Chile).

The bar chart below shows that a significant portion of the conversations taking place used Spanish language. 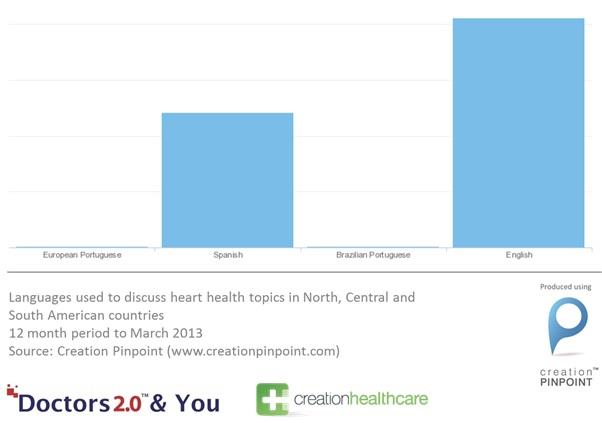 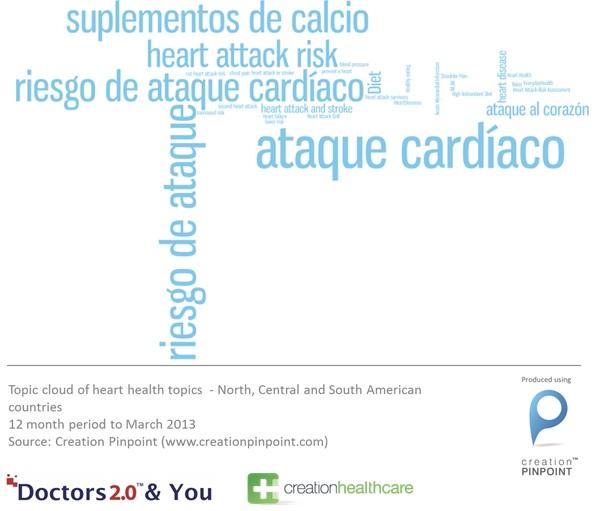 Spanish language DOLs in the Americas

Some of the HCPs most active on Twitter during the study period communicated in Spanish. The top three HCPs in terms of activity were based in Venezuela (two generalists/internists, and one plastic surgeon). 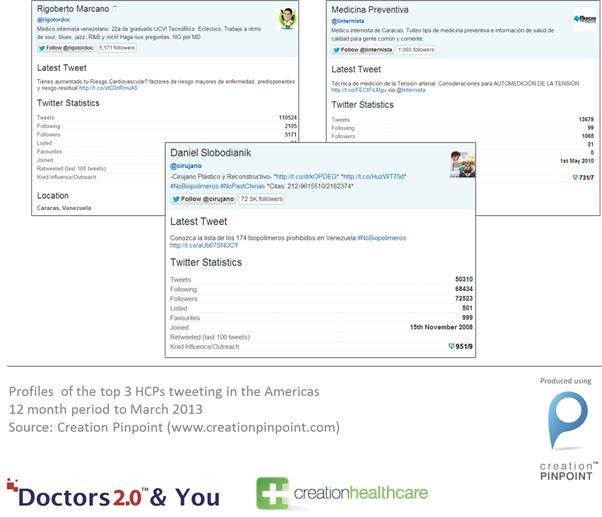 How can insights such as these be relevant to you?

Understanding the market is key when planning any kind of campaign, and insights produced by Creation Pinpoint can play a helpful role:

Taken together, this information would enable pharmaceutical companies to: