Free tools you can use to study healthcare customers online

It is safe to say that pharmaceutical and healthcare organisations can no longer afford to ignore the fact that the engagement landscape has changed forever. A brief bench test study of online behaviour in any therapy area is not complex, and need not be an expensive exercise. The following is a simple analysis of a particular therapy area (using various gastrointestinal conditions as examples), using free online tools that can be used to gain a general idea of what the online healthcare landscape looks like before embarking on a long-term digital campaign planning journey.

A Brief How-To Guide: Things you can try for yourself

As an example, let us look at WebMD, the well-known online resource for health and medical news, which posted its ‘Year in Health’ statistics in January 2012, revealing a high level of interest in nutrition and gastrointestinal conditions, with its most searched for term being ‘pancreatic cancer symptoms’ and its number one health story being ‘What Not To Eat’ (which also included a quiz on nutrition). It is worth mentioning that the popularity of the search term is linked to the death of Steve Jobs (Co-founder of Apple, Inc.). Other popular topics among readers included ‘diet and super foods’ and ‘weight loss’.

Whilst these topics generally reflect the website’s US-based audience, its UK counterpart reveals very similar trends: a quick search for the year’s top stories and topics uncovers stories around the 5-a-day regimen,  links between diet and bowel cancer, and, most importantly, an article that reveals that pancreatic cancer is the most fatal of all cancers within the UK, with the majority of patients being extremely dissatisfied with the health service experience they receive. Further research shows that UK survival rates for the disease lag behind US, Canada, Australia, as well as other European countries, and only 3% of patients live 5 years or more after being diagnosed. Although the article does mention the fact that Steve Jobs’ death was a significant factor in drawing attention to the condition, Google still experienced a surge in search queries on illnesses related to the gastrointestinal tract, such as pancreatitis, peptic ulcer, or Crohn’s disease. As demonstrated in the following screenshot (taken from Google Trends), the search query ‘pancreatitis’ was a very fast-rising one within the United Kingdom. 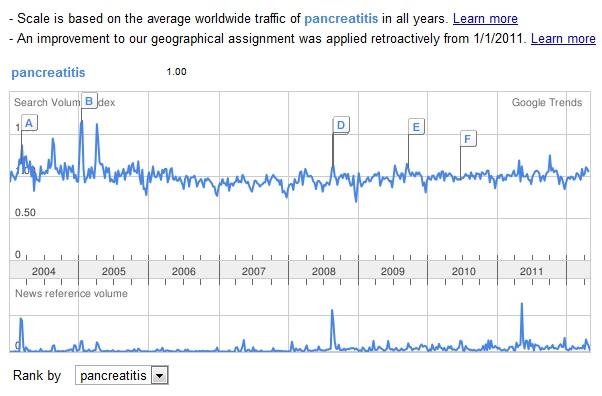 Google Trends also shows the most relevant news stories that come up when searching for the term. It is important to note that a large part of the news content that comes up is from the USA– this subject has been explored by my colleague Paul Grant in his piece about the way the Internet can affect organizational structures. Here are some prominent news stories that can be helpful in examining the kinds of messages internet users are exposed to when searching for this topic. 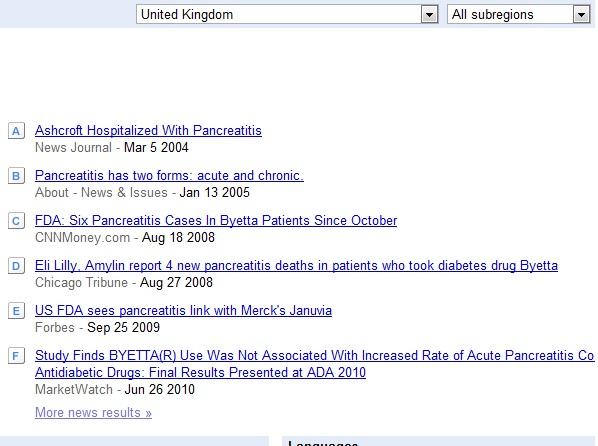 Figure 2: Prominent news stories on pancreatitis over the years

All this being said, by far the most interesting revelation that the Google Trends reports has produced is the fact that more searches have been carried out in Spanish than English within the UK, as shown below.

Figure 3: The number of search queries for ‘pancreatitis’ in Spanish is greater than that of searches carried out in English (UK)

Thus, simple keyword research such as the one shown above can be useful in highlighting areas of unmet need and raising questions such as: are there enough Spanish language support/patient communities to meet the needs of UK-based sufferers? It also provides a platform for research that can be built upon, by highlighting certain aspects of online behaviour that can then be examined more thoroughly. Furthermore, analysing the types of keywords people use can also help establish the level of regional interest in a certain area. As seen below, the term ‘peptic ulcer symptoms’ has a Search Volume Index of 86.0 in the UK, which means the number of searches for this term has increased very rapidly over time. 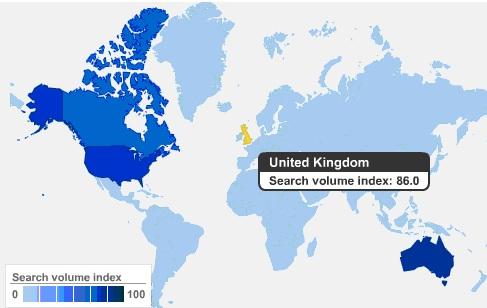 Of course, examining search behaviour is only the starting point of our analysis of the online landscape around digestive/gastrointestinal conditions. Patient portals also play an important role in ‘listening in’ to what people are saying about certain conditions online. On the social networking health site PatientsLikeMe, there are 258 patients with Crohn’s disease, for example.

Figure 5: Number of registered patients with Crohn’s disease on PatientsLikeMe

The website also provides information on the most common treatments used by these patients, helping to complete the general picture of the online landscape surrounding the area. Other patient portals where conversations around conditions such as ulcer, pancreatitis, Crohn’s disease and IBS are taking place are DailyStrength and Inspire. The first is an online patient support group with the ability to classify patient posts about a particular disease area according to their tone and the nature of their message (some of the adjectives that have been used to describe posts are: ‘inspiring’, ‘tragic’, ‘painful’ and ‘breaking news’). These categories make it much easier to study certain aspects of the conversations that are taking place online, as opposed to sifting through numerous threads about the subject(s) in question.

As far as social media goes, BUPA’s YouTube channel is not only highly ranked by Google in generic searches on digestive/gastrointestinal conditions, but also has a selection of animations and videos with a fairly high number of views and comments. Videos from the gastrointestinal disease areas include animations on gallbladder removal surgery, and carrying out a gastroscopy. In this respect, BUPA’s videos seem to be competing with those presented by NHS Choices, which also rank fairly highly on Google when typing in the word ‘gastroscopy’. The two videos approach the subject differently, with the NHS one simulating the procedure in ‘real life’ and featuring a talking physician, whilst BUPA’s shows a colourful and detailed animation of the procedure.

On Facebook, it seems that there is a cluster of relatively small communities around diseases such as ulcer, pancreatitis, IBS, or Crohn’s disease, although they are primarily US-based. Facebook Causes, a tool that allows non-profit organisations to develop their own campaigns on the social networking site, is currently hosting a campaign called ‘Cure Crohn’s Disease’, which has attracted over 60 000 supporters so far. Several members contributed to the comments section adding their own Crohn’s-related Facebook group for viewing. The campaign is run by the Crohn’s and Colitis Foundation of America, Inc and has raised over $7000 so far.

Lastly, another essential component of analysing the online landscape around a particular disease area is looking at physician networks and platforms aimed at this audience. BMJ’S Doc2Doc, an international online doctor community, has an open access area that can aid in simple observational research. The forum and blog areas are quite rich in content on digestive and gastrointestinal diseases, from patient treatments to new discoveries and adverse events. Some featured articles are linked back to news tools and readers such as DocGuide, which allows healthcare professionals to stay ahead of the medical news and research as well as inviting others to contribute to the content, which consists of peer-reviewed journals, medical conference content and run-of-the-mill news stories.

Another resource aimed at physicians is Doctors.net.uk, which is not as ‘open-access’ as BMJ’s Doc2Doc, but offers the opportunity to obtain market intelligence in exchange for a fee. Other noteworthy tools include DocCheck, which offers scientific and medical information as well as a platform for colleague collaboration and information sharing.

As patients have become more internet-savvy, the online interest in conditions such as gastrointestinal and digestive disorders has increased. While some of this interest was generated by public figures suffering from such diseases as well as news stories about contaminated food, a large part of it was organic interest in topics such as pancreatitis, peptic ulcer and Crohn’s disease.   Listening in to online conversations and analysing search patterns and trends can provide useful initial insights at a high level if approached strategically, and if the right questions are asked. In order to further analyse these insights, tools such as specialist paid services offered by various social networks can be used to gain an idea of how best to engage stakeholders.   Furthermore, tools such as social media management systems can provide analysis of social media conversations. It is fair to say that a large number of companies already use some type of software suite for social media monitoring, but which social media management system provides the most ‘complete’ picture? My colleague Paul Grant, has written an article analysing a new technology that might give a better picture of meaning & causality in online conversations.

Understanding What This Means for YOUR Engagement Strategy

Naturally, none of these high-level insights are of any use if the digital research that results from them is not translated to become meaningful in the context of your own business strategy, so that they can be integrated into your healthcare campaign planning. In a recent article, Daniel Ghinn discussed the importance of setting digital goals, and how this approach can help pharmaceutical brand managers achieve outcomes they can measure.

Creation Healthcare advises pharmaceutical marketers, communicators and business leaders about improving outcomes in a rapidly changing communications environment. We work behind the scenes with pharmaceutical professionals to help them define strategies and discover insights, providing independent advice to support campaign planning. If you would like to talk with a member of our team about how we can help you to develop an effective healthcare engagement strategy, contact us now.