Through our work with Creation Pinpoint, our analysts continue to observe how healthcare professionals (HCPs) are using public social media for work-related discussions. Their activities on platforms such as Twitter and Facebook include discussion of clinical cases, commenting on the latest research news and sharing tips and information.

Recently, one HCP commented through Twitter about our cardiovascular disease research. This prompted a brief review of the British Heart Foundation’s (BHF) “We hate heart disease” campaign. 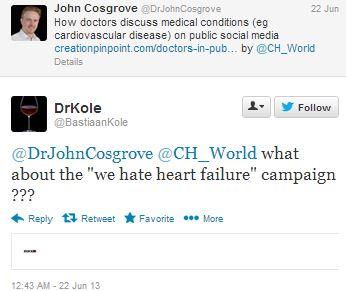 The ‘Hate Heart Disease’ campaign was launched just before the London marathon. The initial tweet about the campaign from the BHF was actually retweeted over 300 times, with lots of support expressed – particularly from those involved in fundraising for the charity and from those who have had personal experiences with heart disease. The hashtag #jointhefight was promoted by the BHF (#ihateheartdisease does exist as a hashtag, but is not widely used). 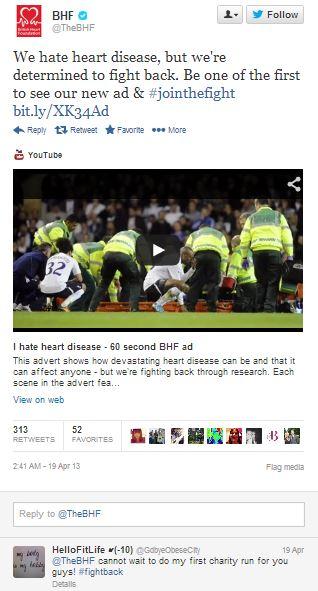 Figure 2 Initial tweet from the BHF about their new campaign, and responses from supporters https://twitter.com/TheBHF/status/325182343889432576

Through further investigation, there were approximately 19,000 mentions of the campaign and related keywords between 1st April and 24th June 2013. Just 52 of these were HCP-only mentions. Twitter was the main site for discussion, yet this UK-based campaign unsurprisingly had an impact in other geographies, as shown in the bar chart below.

The following tweet was posted by a Canadian HCP who works in cardiology, and it illustrates how rich media and simple messaging make for materials that can be successfully shared all over the world. 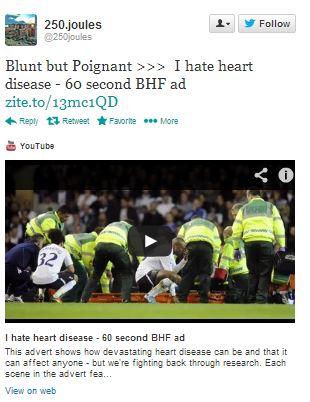 Whilst the BHF and the “I hate heart disease” campaign were mentioned many times in general social media conversations, there were just a few mentions in HCP-exclusive conversations. By comparison with the 52 mentions between 1 April and 24 June for keywords related to the BHF campaign, we will typically see several hundred HCP-specific mentions per month in broad disease area topics such as diabetes. For example, our cardiovascular research returned more than 12,000 HCP-exclusive mentions over the course of a year.

A word cloud of HCP discussions (shown below) highlights the prominence of personal fundraising themes. Often, when doctors discuss the “I hate heart disease” campaign or the BHF, it is in the context of their own fundraising efforts. 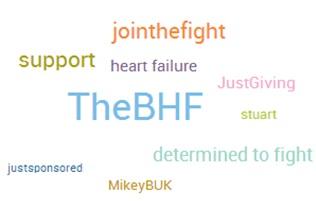 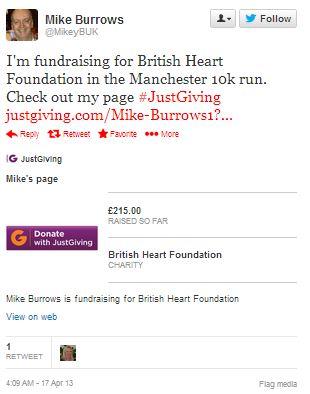 Further analysis also showed that HCPs do interact with content from the BHF – there were examples of HCPs sharing information such as the BHF’s Early Years Activity guidance, as seen below. 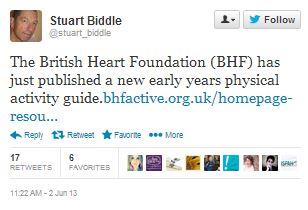 Regionally-focused statistics seem to be of interest to doctors – here a doctor from Tameside in Greater Manchester is tweeting about his local area being named as the UK’s “heart disease capital” by the BHF. 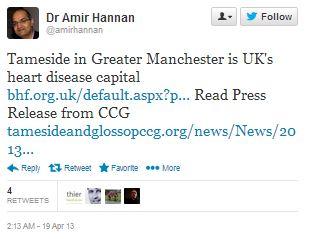 Some of the HCPs engaging with BHF content online, are considered to be influential in terms of their impact in the digital world. Dr Rita Pal (shown below referring to the BHF) has over 3,000 followers on Twitter, and Stuart Berry nearly 4,000. 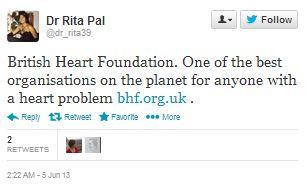 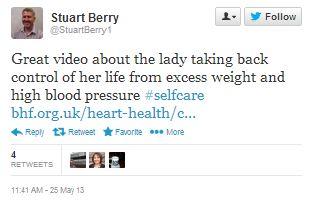 Although the BHF’s recent campaign was not widely discussed in HCP-exclusive online conversations, the nature of social media means that online awareness-raising campaign most certainly will be seen and commented on by the growing number of healthcare professionals using digital channels of communication.
Such campaigns can affect the offline behaviour of the general public, and in addition to increasing charitable donations; they may also lead to an increase in members of the public consulting with their doctors about the conditions featured. When planning a similar campaign, it may be worthwhile providing additional information aimed at doctors, to enable them to support the campaign in their own way and to ease the load of a sudden potential increase in anxious patients.