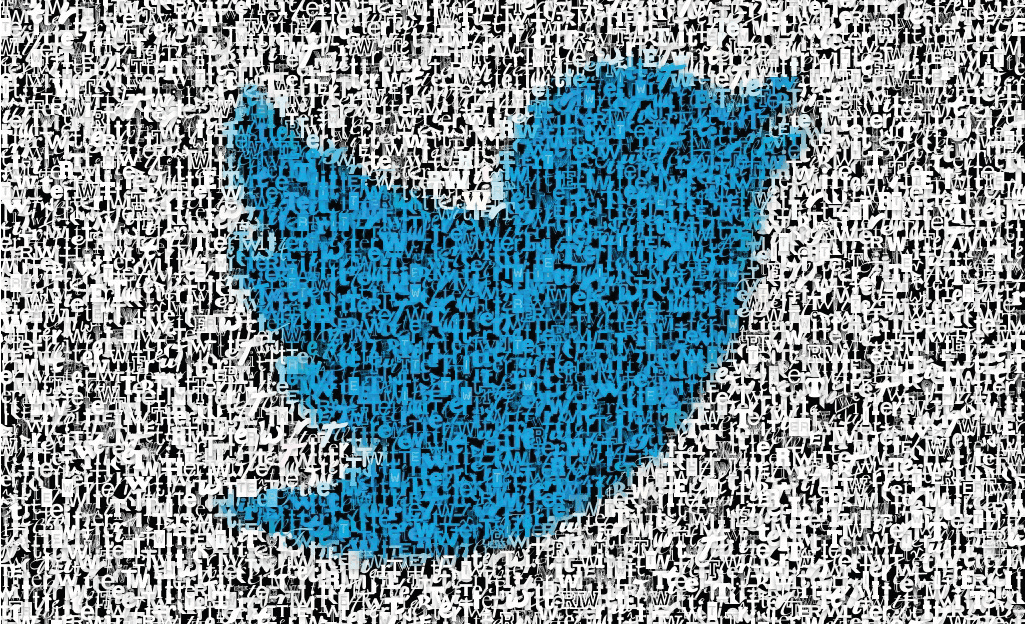 Three years ago, I told a story about healthcare professionals (HCPs) reaching out to NICE – the UK policymaker on NHS spending – and considered the role of influential online oncologists in shaping the organisation’s recommendation on cancer drug Xtandi.

Since then, social media has continued to play a growing role in how UK healthcare professionals share ideas and engage with policymakers, as evidenced by new data showing the growth in mentions of NICE by HCPs using Twitter. 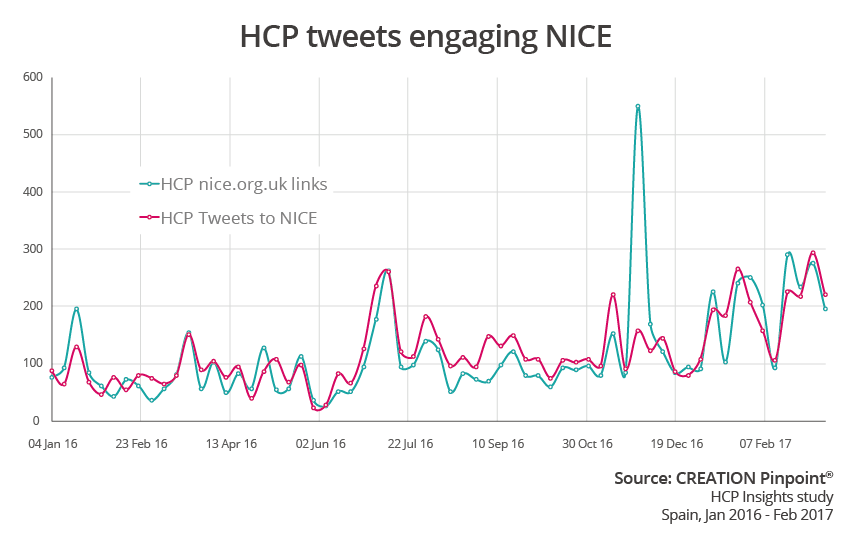 A study of almost 12,000 Tweets by HCPs since the start of 2016, mentioning NICE’s main Twitter account, @NICEComms, or its website, nice.org.uk, shows an increasing volume of posts by doctors, nurses and pharmacists engaging with the organisation.

The study identifies three key areas of behaviour when HCPs mention NICE in their Tweets.

After a headline in The Guardian last December stated, ‘Heavy drinkers should get early screening for liver disease, says Nice’, Ash Paul, a UK Public Health Doctor, asked NICE why it was providing guidelines on screening.

NICE was quick to respond, stating: “Morning Ash. This draft recommendation is not for screening, it is a diagnostic test. Thanks.”

In another example, Paul Dean, a UK-based Consultant in Anaesthesia and Critical Care Medicine, asked NICE a question about sepsis guidance and hospital mortality indicators:

Although NICE did not respond directly to the Tweet, the post sparked a discussion with Dr Ron Daniels, founder of Sepsis UK.

When NICE published draft guidelines on Lower Back Pain (LBP) early last year, physiotherapist Steve Tolan shared the guidance and asked peers for their thoughts. “Consultation for NEW NICE draft guidance for Non Specific LBP. What do you think?”, he Tweeted, inspiring a positive response from fellow physiotherapist and Commissioning Manager for Gloucester CCG, Carl Davies:

@tolanPT good stuff (clear guidance on not doing early imaging and acupuncture) some which could do with bit more clarity. V good generally

More recently, after NICE posted a new draft quality standard on treating sepsis within an hour of identifying symptoms, Steve Kell, a General Practitioner, responded by asking whether the standard would change local guidance on ambulance response times:

3. HCPs support NICE in engaging others

It is interesting to note that NICE has been reaching out to HCPs, too. In fact, around 5% of all HCP engagement with NICE was sharing NICE calls for people – both professionals and consumers – to join its committees. “Want to help us make decisions about drugs the NHS should use?”, Tweeted the organisation recently. “We’re looking for NHS staff to join our committees”. The Tweet, one of more than 500 similar NICE invitations posted by HCPs in the study, was shared widely among HCPs.

Want to help us make decisions about drugs the NHS should use? We're looking for NHS staff to join our committees https://t.co/zWsvj1T8yl pic.twitter.com/zcwul7MvBt

NICE’s outreach posts are frequently shared among HCPs, often mentioning peers and others who may like to respond. In one example, a nurse tweeted a link to a NICE committee invitation to an EndoLuminal EndoUrologist: “Just seen this and thought [of] your CNS team?” she tweeted.

NICE has also been using Tweetchats – focused discussions via Twitter around a particular topic – to engage people, including HCPs. Some have responded with enthusiasm: “Really great to see you embracing tweetchats…”, tweeted physiotherapist Naomi McVey.

@NICEcomms really great to see you embracing tweetchats, will you consider cohosting/supporting NICE focused chats run by others?

During the annual conference of the Royal College of GPs in Harrogate last October, NICE hosted a Tweetchat to discuss its new clinical guideline on managing care for people with multiple health conditions, or ‘multimorbidity’. NICE chair, Professor David Haslam, and chair of the multimorbidity guideline, Professor Bruce Guthrie from the University of Dundee, were on hand to answer questions. Following the Tweetchat, NICE posted a summary of the conversation on Storify, so that the chat provides a legacy of content beyond the ‘live’ online conversation.

“Our tweets were seen more than 110,000 times on the day of our #NICEchat, with over 430 interactions”, said NICE. “Overall, it was a great way to engage with people about the guideline, as demonstrated by the variety and number of questions that came in during the hour.”

It may surprise some readers to learn that a public body such as NICE is actively engaging HCPs online via Twitter, reaching out to them to take part on committees, answering individuals’ questions and hosting live chats. The examples discussed here provide just a brief look at how the organisation has responded to the changing behaviour of its stakeholders by embracing public social media in its public and professional engagement.

For those of us planning engagement strategies for pharmaceutical companies, the challenging question remains: how soon will we, too, make the most of the digital behaviours of our professional stakeholders?

This post was originally commissioned for PharmaPhorum in April 2017The header image was sourced from Flickr user Esther Vargas, under creative commons licence.