Influenza season in the UK: brace yourself it’s going to be a fluey season 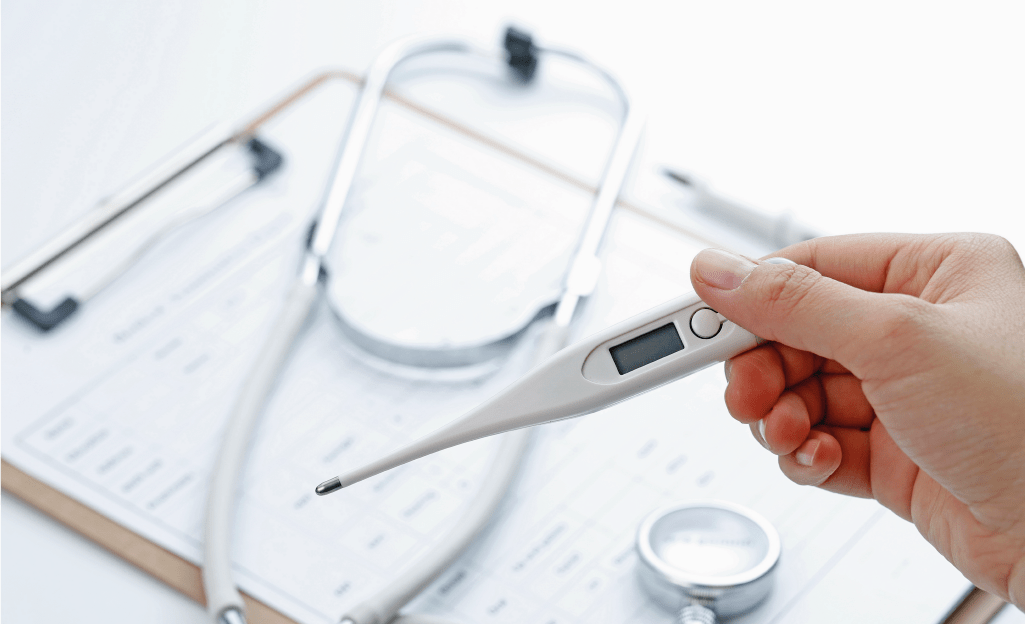 A study was recently conducted, investigating health care professionals’ (HCPs’) key areas of interest in the influenza conversation online from September 2016, until December 2017. Over 4,400 HCPs in the UK were involved in the discussion comprising of more than 17,000 influenza and flu vaccine related posts. With 236 mentions, a key area of interest amongst HCPs is the “bad flu season”.

THE REALITY OF THE BAD FLU SEASON

In 2017, Australia experienced a “bad flu winter” with a recorded 221,853 flu infections. UK HCPs are now showing concern that this bad flu season will affect the United Kingdom and that the National Health Service (NHS) will not be able to cope. In fact, concerns about how the NHS would be able to handle a bad flu season if it were to occur started in winter 2016.

Services have struggled despite mild winters. God help us during the next bad flu season.

Looking at the conversation during this winter season, from September to December 2017, in the UK there were 20 mentions of “the worst flu season in history” and an article telling the NHS to brace itself for the bad flu season was mentioned 50 times.

Could this be the worst flu season in history? Protect yourself with this year's vaccine – Read more – https://t.co/ojW2xNBFrE pic.twitter.com/wFODLm5LjX

THE NHS BRACES ITSELF

In response the chief executive of the NHS, which is the largest publicly funded national healthcare service in the world, stated that they had preparations in place for this winter season.

From the influenza conversation, it was seen that there was a significant drive towards getting NHS frontline staff vaccinated to protect the spread of flu amongst their patients. This tweet by Adventure Nurse was shared 40 times by HCPs on Twitter during the study period. Another article titled: “What healthcare workers need to know about the flu vaccine” was one of the top links, mentioned 62 times.

Comparing the winter season period of 2016 and 2017, there seemed to be more of an emphasis on getting staff vaccinated this year than last, with 115 mentions in 2016 compared to 279 mentions in 2017 by HCPs. 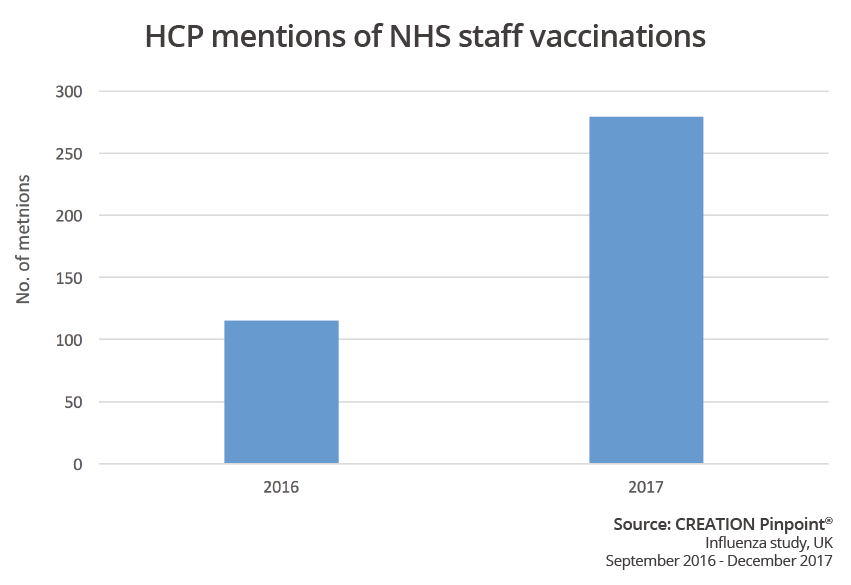 The drive to get staff vaccinated shows success with this tweet from the NHS Cambridge University Hospitals being shared by HCPs a number of times.

Was a brave boy and had my flu jab in the anaesthetic room between cases yesterday. From Aussie data looks like we're in for a rough year of it. Protect your patients. Protect yourself. Protect your colleagues. #flufighter 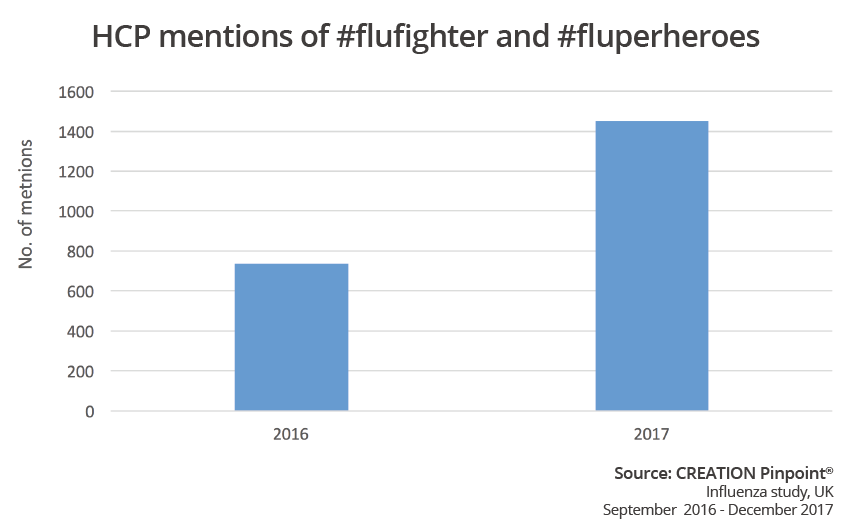 IS THE NHS REALLY READY?

With articles such as; “‘Severe pressure’ on NHS may put patients at risk this winter, trusts warn” being shared amongst HCPs on Twitter is the NHS doing enough? Much of the focus for 2017 was on getting staff vaccinated and there is some attempt at emptying out A&E for emergencies over this winter.

Please Think twice before coming to our A&E depts. Do you really need us? We are very busy so please only use A&E if it’s an emergency. For cold or Flu symptoms #selfcare or speak to your #pharmacy #Choosewellmcr – https://t.co/8WytFDR0xN @NHSChoices #NMGH #Oldham #FGH #Bury pic.twitter.com/vs5ww0umQv

Sharing information about who should get vaccinated is still important with a number of links being shared by HCPs to these sites. In 2016 the most shared site by HCPs, with 282 mentions, was the NHS Stay Well This Winter site, a page that is targeted at patients. In 2017, a more general NHS website with information about various groups who should have a flu vaccine was shared 290 times.

Content from and mentions of the NHS choices Twitter page, which is aimed at patients, was only shared by HCPs 91 times during the 2017 winter period compared to double that for the 2016 winter period. Looking at word clouds over these two periods it can be seen that the general focus in conversation shifts from patients in 2016 to staff in 2017. Although “free flu jab” is still the most mentioned, topics such as “NHS staff”, “staff flu”, “healthcare workers”, and “flujab #flufighter” are seen in 2017 compared to topics like “people with long term health conditions”, “pregnant woman”, “children aged 2” and “risk groups” in 2016.

These insights into HCP conversation show that the campaigns for staff vaccination at the NHS for 2017 were focused and driven, and that there has been great success. However, there is still mention of the NHS struggling this winter season. There has been a great deal of focus on campaigns for staff and little to engage patients, as seen from what HCPs have been sharing during the period of the study. With the threat of the NHS not being able to cope with a bad flu season, they could have engaged HCPs in sharing information to patients to ensure that all possible grounds have been covered. 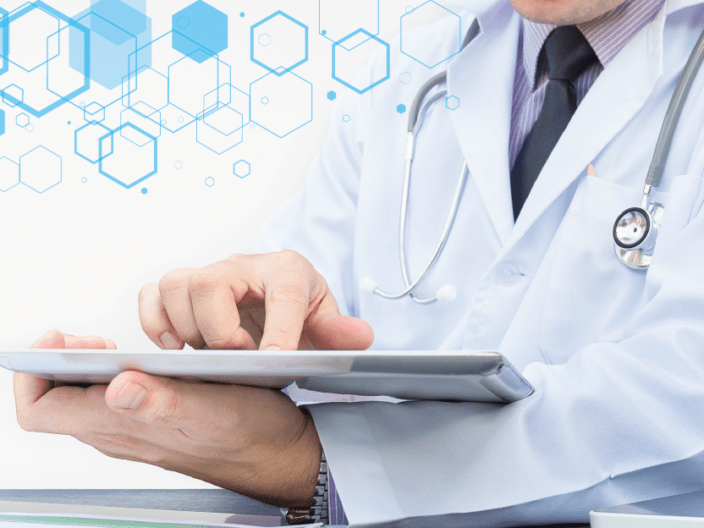 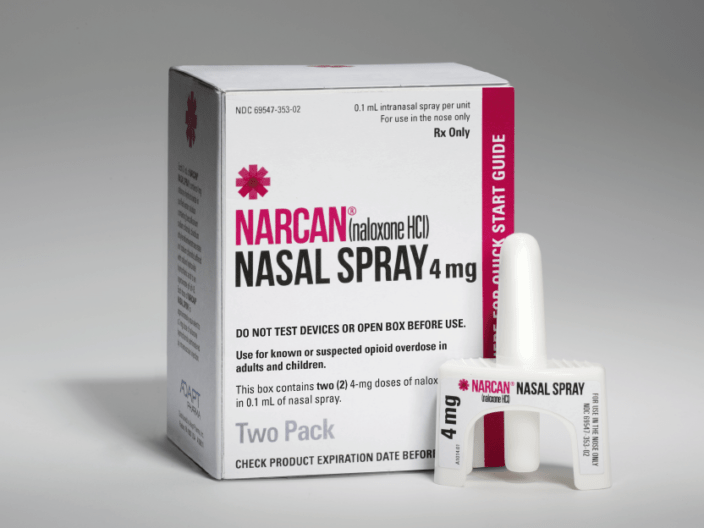 HCPs encourage peers to carry naloxone to save lives

It has been noted that the opioid crisis, which is the result of the misuse of opioids