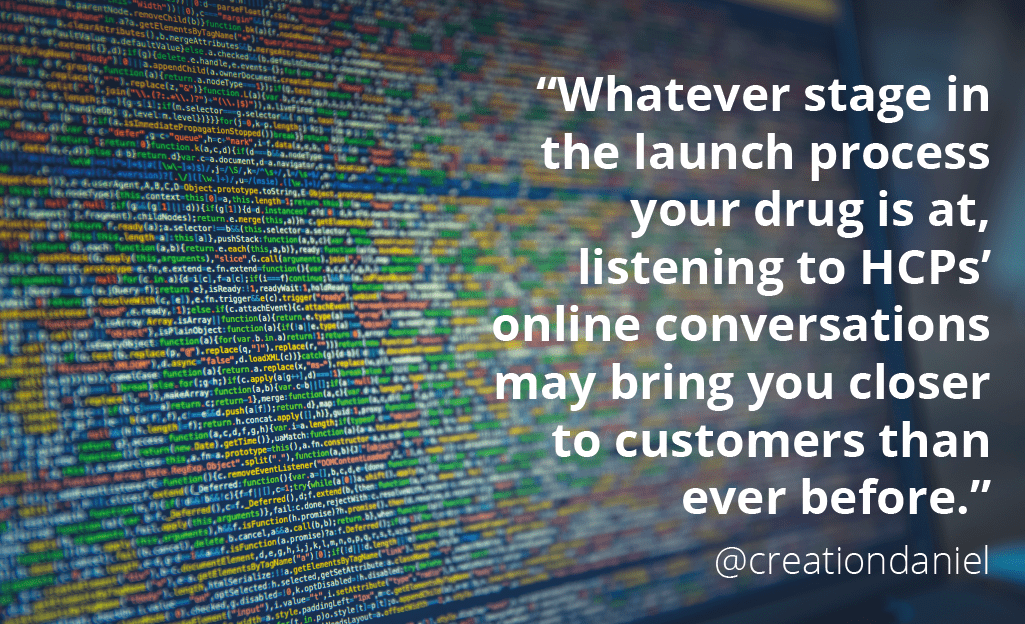 A significant influence on customer behaviours has been the digital age: the Internet and social media have transformed the way health stakeholders learn and interact with each other. Healthcare professionals (HCPs) are learning about innovations faster than ever before, thanks to online networks. Specialist themed Twitter ‘hashtags’ – global, open, online conversations among people with a common interest – are being used by HCPs to connect peers all over the world with common interests from rare diseases to community nursing.

Observing the online behaviours of HCPs indicates that even those who develop a highly influential profile on social media are not simply in it for the kudos they receive from having thousands of followers; they use social media at least as much to learn from others as they do to make their own voice heard.

“Communication with social media is immediate, free, it’s open, and it gives you a global perspective about new developments in our specialty”, says Richard Brady, a colorectal surgeon practising in the UK, reflecting a trend in healthcare professionals’ learning and development behaviours.

Rheumatology specialist Philip Gardner says that Twitter gives him access to an international network of peers and other stakeholders, to ask questions, share ideas and also have those ideas challenged. “I have found that I can discuss ideas with patients, technical experts, nurses, physiotherapists and experts in their field”, he says.

Not only are HCPs learning from each other faster than ever through their collaborative online conversations, they are also using social media to have their say on policy matters, which can shape the success of a drug’s launch and set its course for the decades that follow.

While the way HCP customer learn has been being transformed by social media, the pharmaceutical business model has also been evolving. Let’s take a look at the drug launch process, for example. Over the past decade, many of the largest pharmaceutical companies have moved into an era of more targeted launches. Where ten years ago, most large pharmaceutical companies launched a few blockbuster drugs each year, recent years have been characterised by a higher number of smaller launches, often focused on rare diseases, specialised medicine and highly-targeted customers with special interests.

Business intelligence can support business goals to raise awareness, position a drug candidate’s advantages and develop advocates well before the launch. During the years before a product launches, HCP ‘Digital Opinion Leaders’ – online HCP influencers in a particular therapy area – may be identified who are advocating for a new product in development.

Earlier this year when Boehringer Ingelheim started a trial on its biosimilar candidate to Abbvie’s Humira, it announced the study in a press release and Tweeted: “We start a clinical study on interchangeability between a biosimilar candidate and its reference product”. The company has started to raise awareness of its drug candidate well before the products comes close to being launched.

#Press: We start a clinical study on interchangeability between a biosimilar candidate and its reference product https://t.co/Lli8Lf0LmF

Research into HCP conversations about products shows that they are highly interested in the results of clinical trials. In an analysis of 47,000 UK HCP posts about type 2 diabetes, 58% of mentions of named drugs were about drug trial data. While some high-profile clinical trials were mentioned by name during congress meetings, HCP mentions of drug trials in type 2 diabetes took place virtually every day throughout 2016. 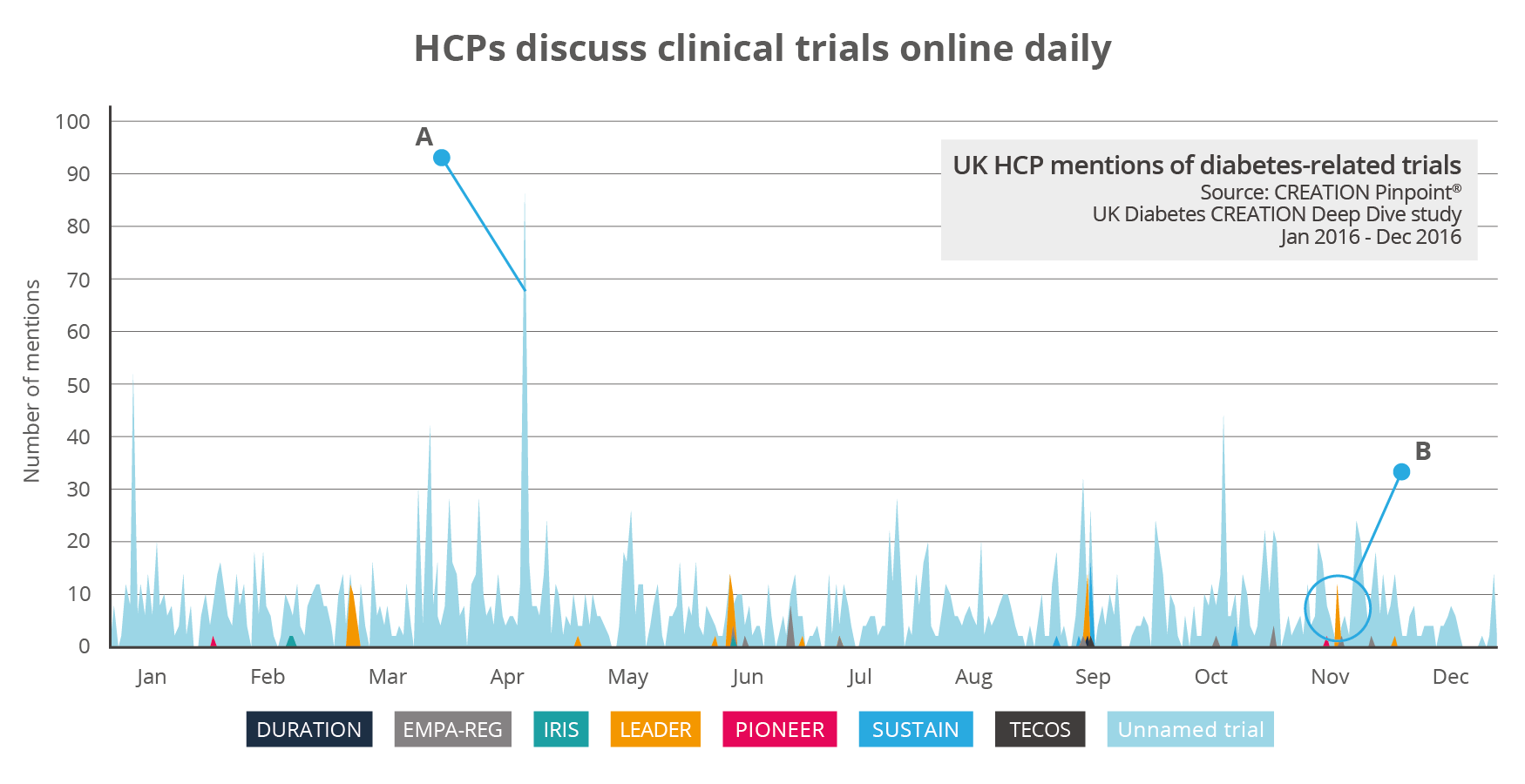 Some clinical trials generated a particular enthusiasm from HCPs, particularly when promoted at congress meetings. While there was much interest in the emergence of new treatments, ongoing trials on existing treatments also gained significant attention from HCPs. During the 2016 American Diabetes Association conference when the results of LEADER trial for cardiovascular results with liraglutide were presented, there was tangible excitement shared in HCP Tweets. Kevin Fernando, a UK-based General Practitioner with a special interest in Medical Education & Diabetes, tweeted: “About to hear results of LEADER – CV outcome trial for liraglutide – apparently v. impressive results”.

When it comes to product differentiation, the online conversations of HCP customers provide powerful insights for business intelligence. Since new drugs need to demonstrate what new benefit they bring to the market, knowing how HCPs feel about current treatment approaches is essential for developing launch messaging for a product. 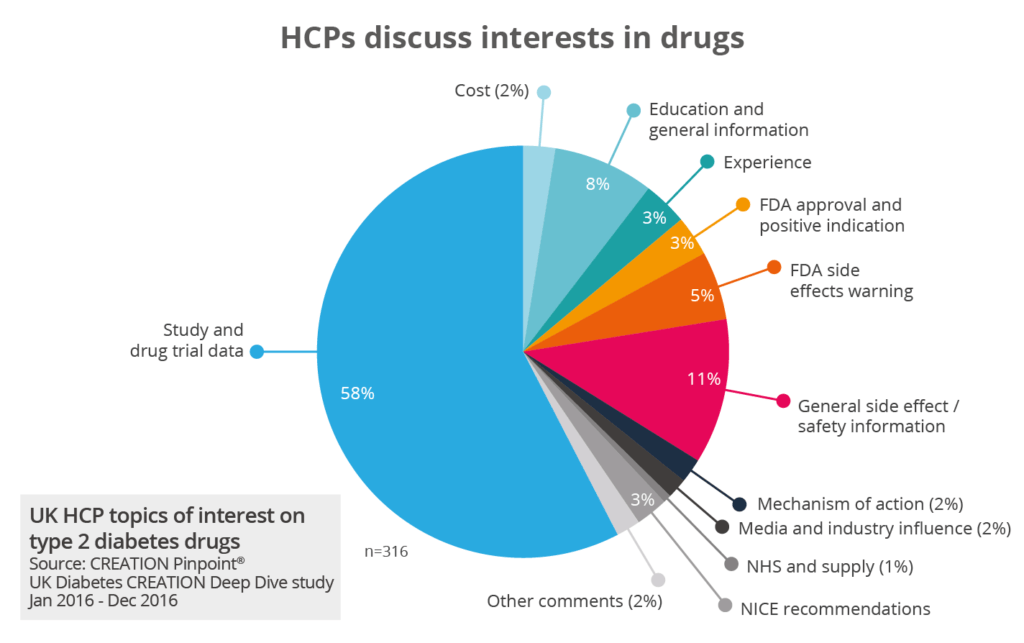 Positioning a drug launch for differentiation might be about its use for a currently untreated disease; its improved efficacy or safety when compared with existing treatments; its low price; or a combination of factors. The key thing is to develop a credible message that resonates with customers, and then to build the positioning of the product around that message.

Ask yourself – and listen to HCPs’ online conversations to develop evidence – what customers in your therapy area care about. Is it pricing? Are they concerned about safety? Is medicine administration a problem, or is there a patient concern? Then you can test messaging and language among the online community, before your product is launched and without even mentioning the drug. 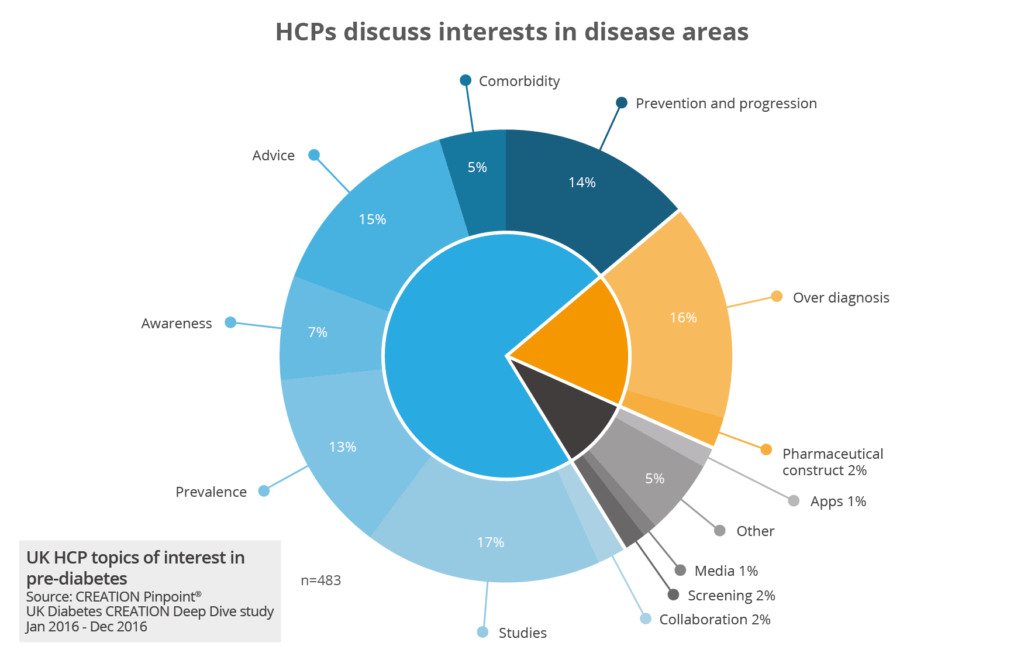 In December 2016, NICE issued draft guidance indicating Kadcyla was too expensive for routine funding on NHS. Among the widespread disappointment expressed by patients, caregivers and HCPs, some took to social media to challenge the manufacturer.

Angela Gilchrist, a consultant clinical psychologist pointed out that the NHS is quick to be blamed when a new drug treatment is not funded, but asked by Tweet: “Why aren’t we asking why Roche charges so much for it?”

The following day, HCPs encouraged members of the public to take action by signing an online petition. “Women could be denied access to a drug for incurable breast cancer”, tweeted an oncology nurse. “Sign the petition to #KeepKadcyla available”.

Women could be denied access to a drug for incurable breast cancer. Sign the petition to #KeepKadcyla available https://t.co/WAnHtMTiyu

As the online movement grew and HCPs continued to encourage action, even NICE joined in the conversation, tweeting that its decision was not final and it was still working with Roche.

Our decision on #Kadcyla is not a final recommendation. We are still working with @_RocheUK #breastcancer pic.twitter.com/aKkMC80Slk

Labour MP Siobhain McDonagh announced by Tweet that there would be a debate in Parliament on Kadcyla and other breast cancer drugs.

Finally, in June, NICE reached a decision that Kadcyla would be made available on the NHS to breast cancer patients after negotiations with Roche. Oncology HCPs expressed their delight online, but some were still skeptical. Ben Merriman, a Clinical Community Pharmacist with a role in local commissioning, tweeted asking: “How much were Roche wanting to make on ill patients over and above what they needed to?”

For the NHS, no. But how much were @Roche wanting to make on I'll patients over and above what they needed to?

While it may be difficult for a pharmaceutical company to engage in open public debate with HCPs via social media during market access negotiations, listening to customers can provide an immediate picture of their emerging ideas and priorities.

During the pre-launch stage, when customer insights can inform the development of advocacy for a drug candidate, differentiated messaging should be aligned with HCP needs and language. Ask yourself: how do HCPs perceive the burden of the disease? Do HCPs’ needs in this disease area vary according to their role, or by individual market?

Identify HCP ‘Digital Opinion Leaders’; discover who the innovators are, and the influencers. Consider how existing or new relationships with those shaping professional opinion in your therapy area can support your messaging.

When it comes to congress meetings, plan to leverage conference activity to extend reach. Learn from HCP reactions to your trial data: do HCPs believe your product has better efficacy or safety than comparative products? What are HCPs’ hopes & expectations for this product? You may also gain early insights on possible barriers to prescribing the product.

Surgeon Richard Brady says that social media has become integral to conference events: “[social media] now supplements the whole conference environment, whereby users can post, and question what the speakers say, and also post questions to the speaker directly, and therefore it has given a whole new environment in which to engage within a conference setting”, he says.

Having used insights from HCP online conversations to strengthen a product’s positioning during the pre-launch stage, evidence from the ongoing social media posts of HCPs can be used to inform a market access strategy and support negotiations.

To support launch tactics, field force colleagues can be empowered with up-to-date data on the needs of customers in general and even the specific needs of targeted individuals analysed through their online posts. And throughout the initial weeks and months after launch, the effectiveness of your communication and education campaigns can be measured and improved by tracking customers’ reactions in their real time conversations.

One pharmaceutical company, for example, studied the online conversations of nurses and pharmacists during its launch campaign for a vaccine product. Through this exercise it learned about specific needs among nurses including some areas of confusion about the administration of the vaccine. The company responded by providing a training programme on the ground for nurses, addressing their areas of greatest need. Shortly afterwards, ongoing  tracking of nurses’ online conversations indicated enthusiastic endorsement of the training courses.

The first years immediately after a drug launch can set the course for the product’s success over the following decade. Business intelligence has the opportunity to develop timely insights that can inform how a pharmaceutical company responds to HCP customer needs with tailored support programmes and relevant messaging. To be effective, the company must adopt an agile approach to messaging and tactics.

When a pharmaceutical company launched a new drug into the competitive type 2 diabetes market, it listened to HCP online conversations during the first year after the launch in order to identify specific areas of need and measure the effectiveness of marketing campaigns. From the conversations taking place among HCP peers, the company discovered that the messaging it had developed in its materials for doctors was not getting through to all customers. It was then able to review its digital and traditional communications channels, as well as informing its field force teams across the launch markets, in order to make sure that the right messages reached doctors who needed help. The product went on to become a top performer in its class.

When your HCP customers’ behaviours are changing, positive disruption in business intelligence can make all the difference to drug launches. Whatever stage in the launch process your drug is at, listening to HCPs’ online conversations may bring you closer to customers than ever before. Their openly shared views, hopes and concerns can inform and empower the drug launch process – from candidate selection, to differentiation, developing and refining messaging, to tactical planning. There’s no better time than now to start listening.

If you would like to understand how learning from healthcare professionals on social media can assist you with planning the launch of a new drug or the launch of a drug in a new indication sign up to one of our webinars which are free to those in pharma/healthcare organisations.

An insert from this article has been published in PMLiVE.

Daniel has been at the helm throughout the company’s life since 1998. His rich expertise in working with pharmaceutical businesses has enabled CREATION to build business solutions that fit our clients’ needs. Daniel is married to Jo, has three children, a cat, a dog, 28 fish, and 160,000 bees.