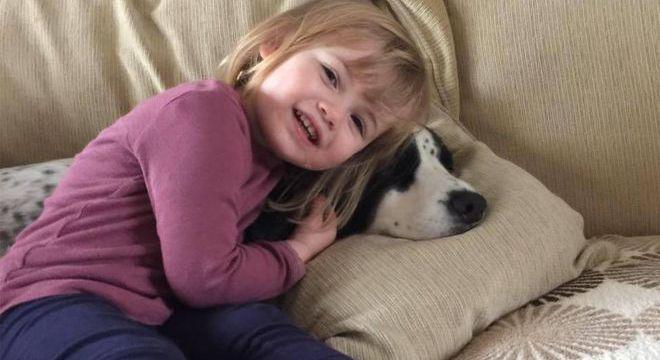 Meningitis B and Bexsero

Since September, an innovative vaccine for the bacterial infection Meningitis B (Bexsero, a GSK product) has been available for free on the NHS under a programme for infants, which administers the vaccine at 2 and 4 months, with a booster at 12 months. It could also be paid for at private clinics when looking to immunise older children, but earlier this year GSK has asked these clinics to temporarily stop new vaccination courses due to supply shortages, although they state that the childhood NHS schedule will remain unaffected. This unexpected surge of demand for Bexsero indicates that there is a high level of concern among parents, and recent events have further raised the public profile of the disease.

From social media to parliament

Showing the impact that a disease can have on a person’s life can be very effective in rallying people behind a cause. And that’s exactly why the photos of Faye Burdett were so powerful. The two-year-old, pictured laying intubated in a hospital bed and covered in rashes, is a harrowing display of what meningitis B can do to an innocent child in less than 2 weeks. Others, including former English rugby player Matt Dawson, have also opened up about their children’s battle with meningitis B. Since Faye’s passing on February 14th, her photos have been shared widely on social media and the story was covered by numerous media outlets across the UK.

Most significantly, the images have spurred a petition campaign to have the vaccine programme available to all children up to age 11. Although the petition started in September, it has only recently begun to pick up hundreds of thousands of signature and at the time of this writing it has over 800,000 supporters, making it the most-signed petition in the history of the UK parliament. On Twitter alone, there were more than 12,000 tweets about Bexsero and the petition from February 14th-25th, which is almost 60% of the total mentions about the vaccine since the same time last year. The recent spike in conversation is much smaller comparatively for healthcare professionals, and makes up only 1% of the total Feb 14th-25th meningitis B vaccination mentions on Twitter, where usually we would expect to see between 3-5%. Nevertheless, the issue has stirred up responses from blogging doctors who offer up a balanced perspective and are wary of the potential strains on the NHS. 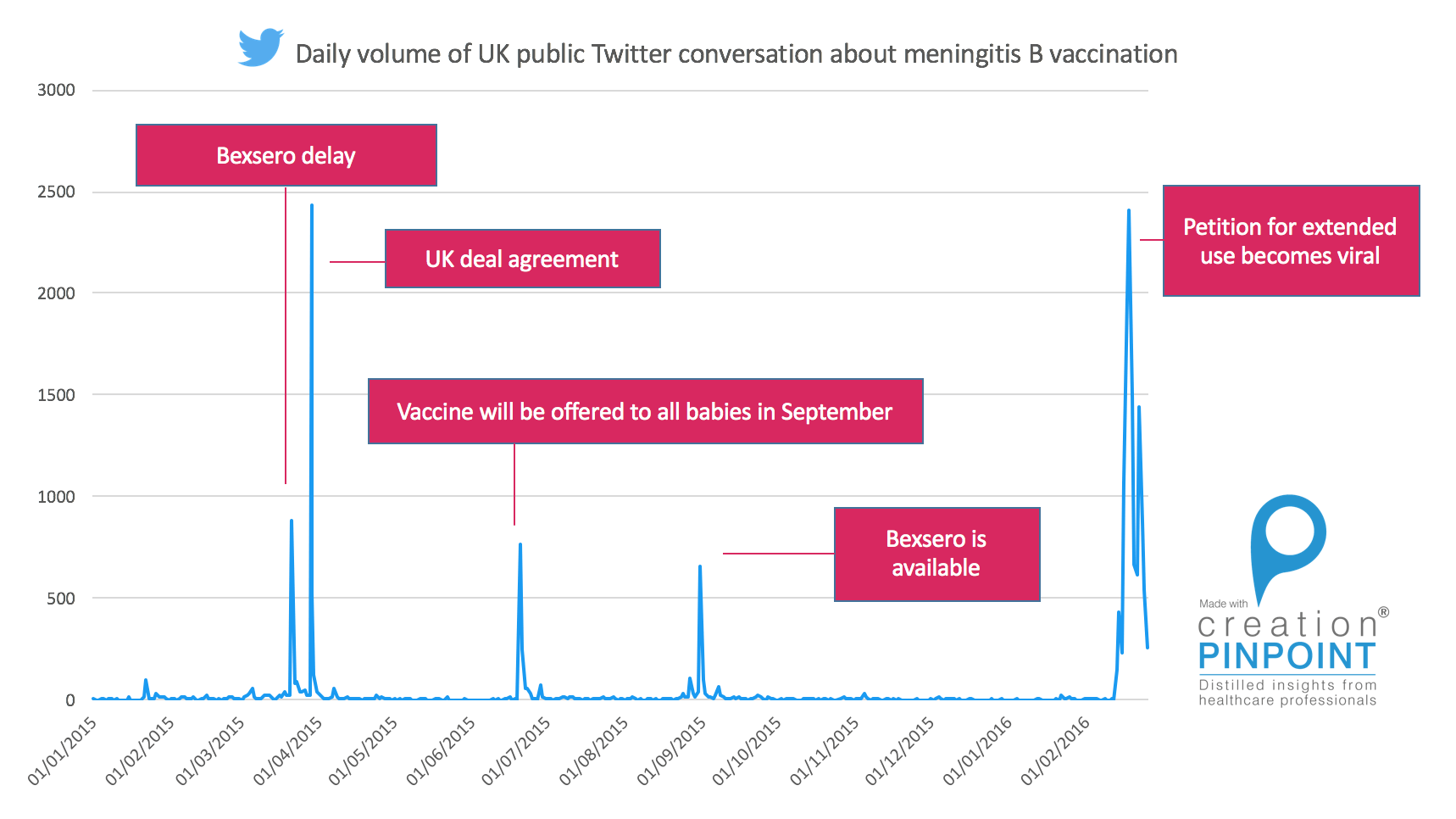 Peaks in daily volume of conversation from Twitter users on meningitis B vaccination from Jan. 1, 2015 – Feb. 25, 2016 (source: Creation Pinpoint)

The success of the campaign also means that at least we should be hearing a government response soon and a debate from MPs on the issue of a meningitis B vaccination rollout for a larger number of children.

Looking towards the future

The solution is not a simple one. Budgetary constraints in the NHS might mean that a comprehensive vaccination programme may not be feasible, or the money may be prioritised for other childhood diseases. Furthermore, an increase in orders from the NHS may put additional strain on GSK’s ability to keep up with demand. But cases like Faye’s are heartbreaking to see, and as many of us at Creation are living in Faye’s hometown of Maidstone, it also hits close to home. Regardless of what the government decision will be, we can be sure of two things. First, that the dangers of Meningitis B have been exposed to a greater number of people, and undoubtedly many more parents will now be extra vigilant in spotting the early warning signs of the disease. Second, that campaigns driven by social media continue to be a force that have the potential to drive transformative change in policy, something that we at Creation strongly believe in. Yet even if Parliament does not take action with an extended programme, Faye’s story has raised an invaluable awareness about meningitis B, and her legacy will have an impact for years to come.