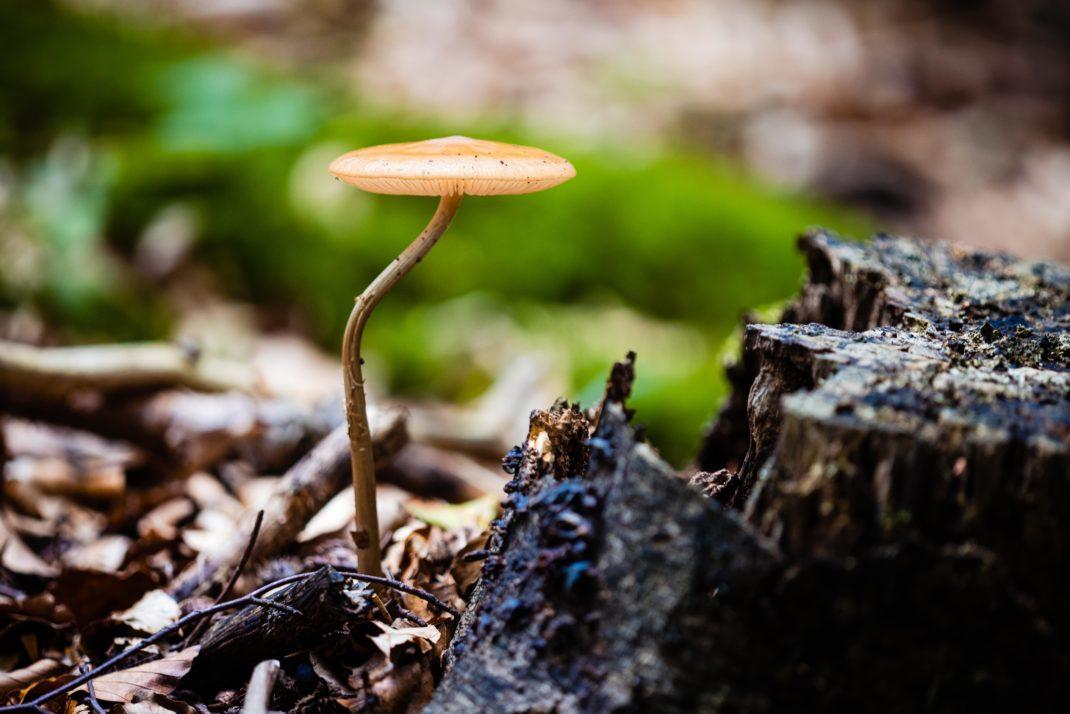 Psilocybin is one the hottest new arrivals in the use of psychedelics in the medical setting. It is a naturally occuring substance produced by more than 200 species of fungi, hence its common name; magic mushrooms. It can produce positive and negative effects on the user including euphoria, visual and mental hallucinations, changes in perception and a distorted sense of time.

There have been medical studies from as early as the 1960s meaning its negative effects have been documented, typically “bad trips” (experiences of fear or dysphoria). However, there is an increasing amount of data exploring its use to treat drug dependence, anxiety, or mood disorders and in one study it ranked with the lowest risk of harm compared with alcohol, tobacco and illicit drugs.

In social media posts, as analysed by CREATION.co, there have been seen to be various specialties of healthcare professionals (HCPs) in the US engaging in the online conversation, especially around studies. The most engaged physician specialties are addiction medicine specialists, neurologists, psychiatrists and palliative care specialists. Some nurses were present in the online conversation and a high number of psychotherapists, including clinical psychologists, were active. 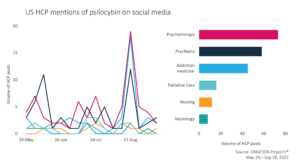 In mid-June, psychiatrist Emily Deans posted a number of times at the Psychiatry Update Spring 2022 congress using the hashtag #PsychUpdateSpring22 about the latest data showing some benefits from psilocybin use with no serious adverse events.

Both these studies used only 2 doses total and there were no serious adverse events and no street use of psilocybin reported. 12 month follow up as well showed some continued benefit from the experience. #psychupdatespring22

Later in July healthcare professionals, especially many non-physician psychotherapy specialists, shared an article published by the  New York Times entitled Taking the Magic Out of Magic Mushrooms. In the essay Dana Smith discusses the debate among researchers about how hallucinations produced by psilocybin may be a key in treating mental health disorders.

The biggest impact on the HCP conversation over the last three months, driven by addiction medicine specialists, psychiatrists and psychotherapists, was a small study showing the effectiveness of psilocybin in reducing excessive drinking.

https://t.co/5joad8Wkol @Nature “A randomized trial provides support for the use of psilocybin-assisted psychotherapy in people with alcohol use disorder” paywall … darn! But I’ve seen the original paper. Good stuff! #alcoholusedisorder #Psilocybin

Although the size of the study was small, the response was very positive, with psychologist Dr. Rick Barnett calling the data “good stuff” to psychologist Jason Luoma saying he had been “waiting on [the data] for a few years”.

However, HCPs are not just sharing data about psilocybin. In the last three months there have also been some passionate cases made on social media by healthcare professionals. Medical student Nishant Gogna, for example, tweeted it is time we study psilocybin in earnest pointing to three favourable attributes: ‘non-addictive’, excellent safety profile, and efficaciousness.

Pointing to the excessive drinking reduction study Peter Grinspoon, a Primary Care Doctor in Boston, praised the effects he has seen in real life – no longer having to ‘white knuckle it’ through alcohol cravings.

I've seen this in practice; you lose your cravings for #alcohol & don't even have to 'white knuckle' it#psychedelics #psilocybin https://t.co/Q9v2LiHv2a

Much less common, but there have also been some HCPs showing caution about getting carried away with the data coming out suggesting there has been ‘more hope and hype than major evidence of benefit’ so far. For example David Rettew, who is a child psychiatrist,said he was trying to keep an open mind as ‘so many things look good at first only to fade or prove harmful’.

Very mixed on this. Lord knows we need better treatments for mental health problems, but we've seen so many things look good at first only to fade or prove harmful. Trying to keep open mind

With most HCPs in the online conversation onboard with the idea of the medical use of psilocybin, as more data emerges there could be an increased movement online to get treatments through the authorisation stages in clinical settings. If and when HCPs start treating patients en masse with psilocybin, and real world data emerges, we can be left wondering, with hope, what the repercussions on mental health treatment will be.

For those in the space of research, marketing and deployment of psilocybin treatment options it will be essential to keep a finger on the pulse of emerging HCP needs and concerns during this phase to optimise the use of this innovative substance for patients. 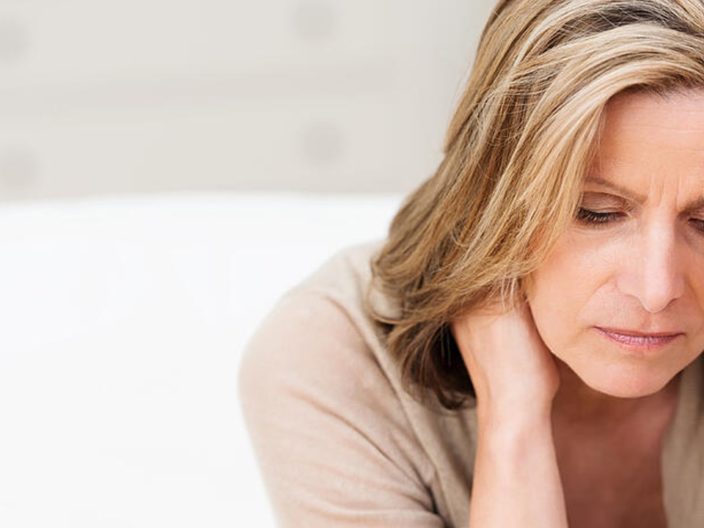 Common issues experienced by sufferers of long covid include, amongst others, fatigue... 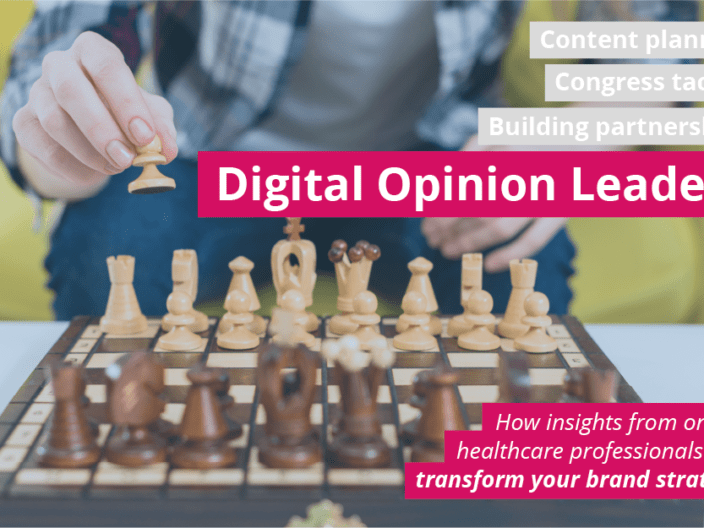