Oncology & Cancer Care in the UK: an HCP Perspective, part 1

The past year has seen a number of promising developments in oncology. Examples include Roche’s Gazyva, which was awarded Breakthrough Status by the FDA, as well as NICE’s historic decision to recommend Tamoxifen as a daily drug taken to prevent the onset of breast cancer. Additionally, in the UK, we have also seen a number of headlines related to future predictions of cancer rates and other oncology-related topics of public interest.

In preparation for our February webinar on HCP views of oncology and cancer care in the UK, we used Creation Pinpoint’s unique ability to sift through hundreds of thousands of healthcare professional and patient conversations around healthcare in order to analyse the peculiarities of the UK oncology landscape, as reflected in relevant discussions taking place during the past year.

Some of the issues we set out to investigate include…

A High-level View of the UK Cancer Landscape

As we have often found with therapy area studies, mention volume in the HCP online community fluctuates from month to month, forming peaks and troughs throughout the year based on the level of interest and discussion around new drugs, studies and treatments.

The chart seen below maps out the volume of oncology and cancer related mentions during the past year, with a month by month breakdown, as well as showing the networks and websites that have been the most popular forums of discussion among healthcare professionals.

Below is one example of Twitter being used to discuss treatment in a medical education context. Simon Scott, a Leicester-based HCP, debates the use of sepsis as a generic diagnosis term, comparing it to claiming that Tamoxifen is the only way to treat cancer. Not only was this tweet re-tweeted 5 times by other members of the healthcare community, but it also ignited a discussion around patient groups and medical studies. 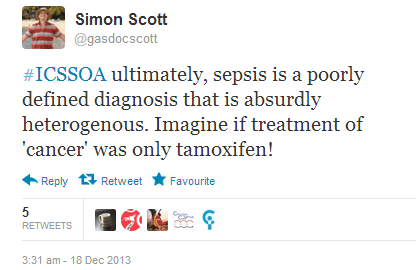 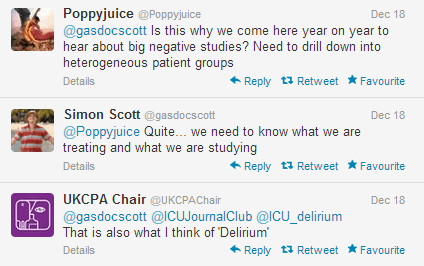 As well as sharing direct links to them, HCPs often react to and comment on news stories they find relevant.

In the tweet below, Sean McGrath states that he anticipated the termination of the Rituxan phase three trial. 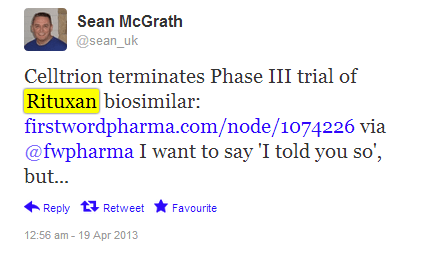 This year, breast cancer and bowel cancer were the types of cancer with the biggest online presence in HCP conversations. Breast cancer is the most common type of cancer in the UK, and bowel cancer is the fourth. The topic cloud below shows the predominance of the two types of cancers in HCP conversation, as well as other topics that are of interest to them. 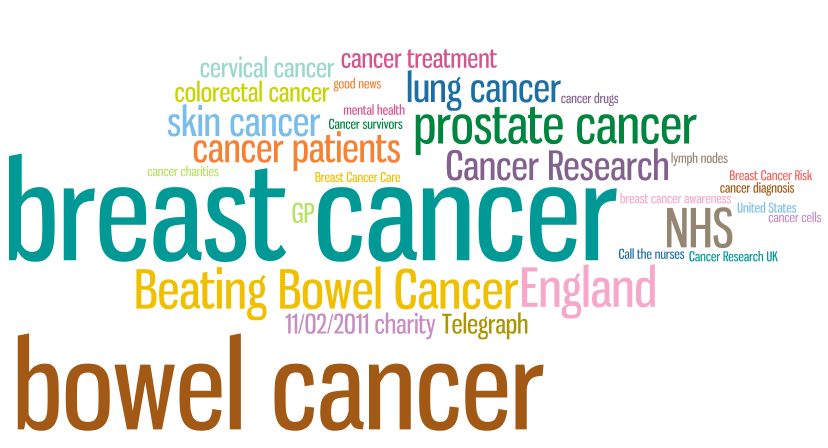 Some examples of breast and bowel cancer related mentions among HCPs can be seen below:

London based HCP Chris Cross shares a link about an experimental metabolite of Tamoxifen that is being trialled successfully.
Source: http://twitter.com/HIT_GURU/statuses/412287910226821120

In the tweet below, Simon Radley, Birmingham-based consultant surgeon talks about Roche’s Avastin and its potential indication to treat bowel cancer in more elderly members of the population. This is re-tweeted twice and triggers a response from a patient who is in remission from bowel cancer. 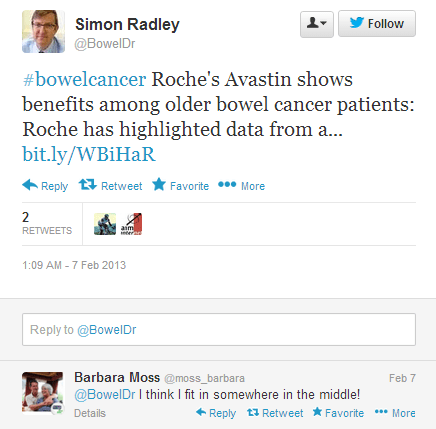 In the next instalment of our oncology study series, we will publish a preview of a high-level look at concerns among nurses, look at the most frequently used hashtags in this space, as well as other developments and stories which have prompted a reaction from the medical community.