At the beginning of this year, NICE released four pieces of draft guidance for diabetes, including documents on Type 1 and 2, as well as management in children and during pregnancy. With publication anticipated for August 2015, consultation with stakeholders is open until March 4.

An online study of reactions by healthcare professionals to the draft guidance indicates that some have already formed strong opinions on what looks to be the most controversial of the new guidelines: Type 2 diabetes in adults. The guidelines update several aspects of diabetes management based on the latest clinical research, and include recommendations on patient education, diet, self-monitoring, and drug treatment algorithms.

An editorial that will appear in the British Journal of Diabetes & Vascular Disease commends the approach on aspects such as HbA1c targets, lifestyle, and monitoring, but criticizes suggestions in drug treatments and sequencing. Specifically, the article notes that the issues lie in the recommendations of repaglinide in cases when metformin is not preferable (or as second-line with metformin), and pioglitazone as second-line treatment with metformin.

One of the authors, Wasim Hanif, has an active presence on Twitter, and is just one of the many diabetes specialists on the social network that share the same sentiment on the guidance. 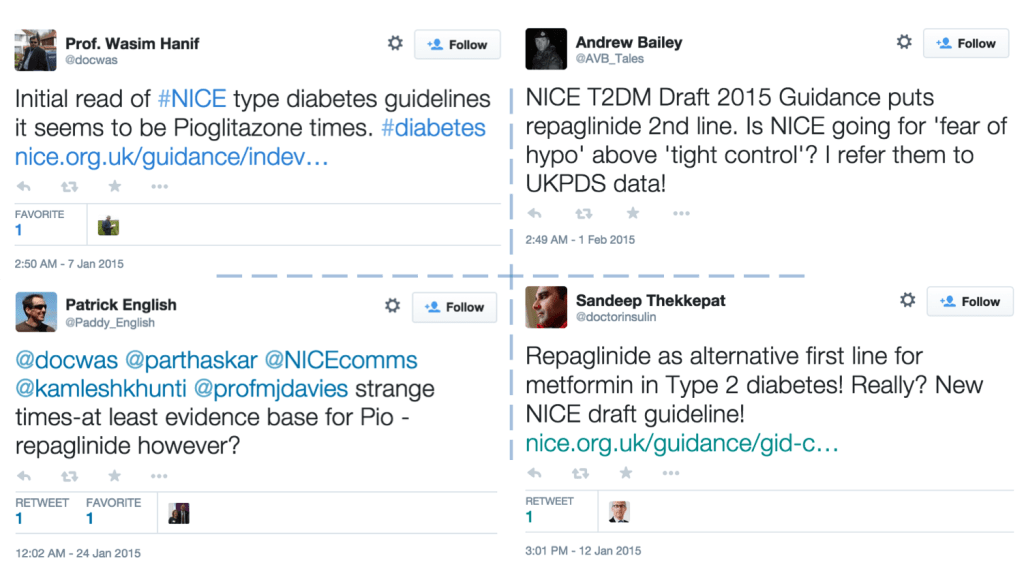 Partha Kar, one the most influential healthcare professional tweeters on diabetes topics, has been starting discussions (online and offline) and asking for other opinions on the draft. So far, our study of responses did not find a single healthcare professional who approves of NICE’s suggestions, and Dr. Kar’s tweets further support this (Fig. 2). There appears to be a prevalent concern that patient safety, as well NICE’s reputation at home and abroad, may be compromised. 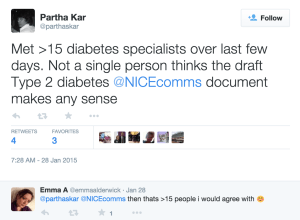 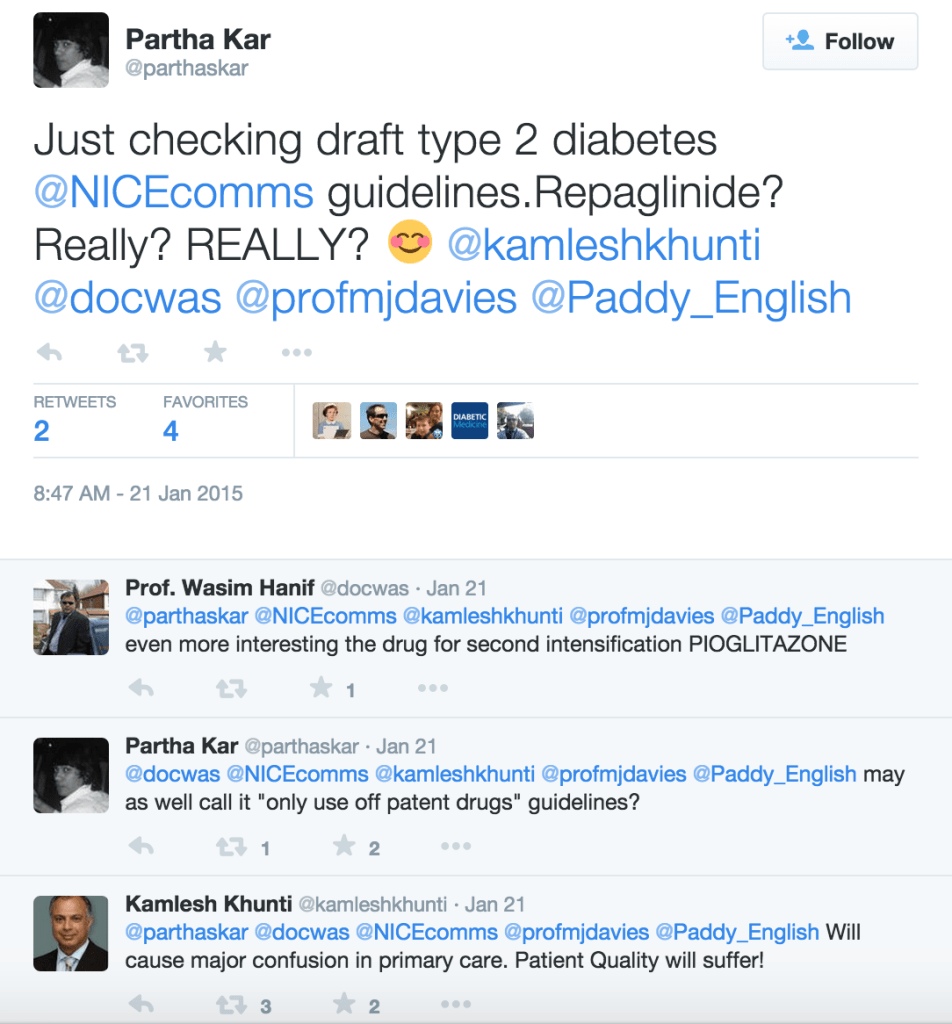 Figure 3. Part of one of the conversations started by Partha Kar with other diabetes specialists

In an analysis of the 2014 guidelines in August 2014, Dr. Roger Gadsby is unsure how much the 2015 drafts should advise on pioglitazone, stating that “Pioglitazone is a relatively cheap, generic agent, but there have been concerns due to an increased risk of fractures and bladder cancer following its use…”. Speaking to PULSE Today about the current updates, he questions the use of the alternative drugs as well. The article, which has assessments from other diabetes experts as well, was commented on and widely shared across social networks by healthcare professionals, NHS leaders, and the general public. Perhaps stimulated by the growing online response among healthcare professionals, some patients are also taking to Twitter to voice their dissatisfaction (Fig.4). In general, there is little online discussion to date among patients, with the 135,942 members of one of the biggest diabetes forums in the UK being virtually silent on the proposed guidelines. 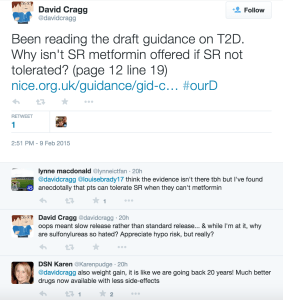 Overall, there is a feeling among diabetes specialists online (and offline) that these documents need heavy revision. Considering that many of the Twitter conversations also include NICE’s twitter handle (@NICEcomms) – and previous studies have indicated that online conversations among healthcare professionals can be a predictor of NICE decisions – one would expect that these views are being noted and changes, if needed, will occur before the guidance is officially published.