“My grandma can pick up a piano… and fish, and police officers and dogs”, says a child in a video that has been viewed more than 110,000 times since being posted online last summer. The video is part of what is arguably the most engaging multichannel campaign ever for Pfizer, breaking new ground for the company in its social media tactics.

“We want people to think of Pfizer in a different way”, says Brenna Robinson, Director, Global Reputation, Digital, Content & Media Strategy with Pfizer. “If people view us differently and interact with us differently then that will maintain and hopefully improve the reputation of Pfizer as a company.” 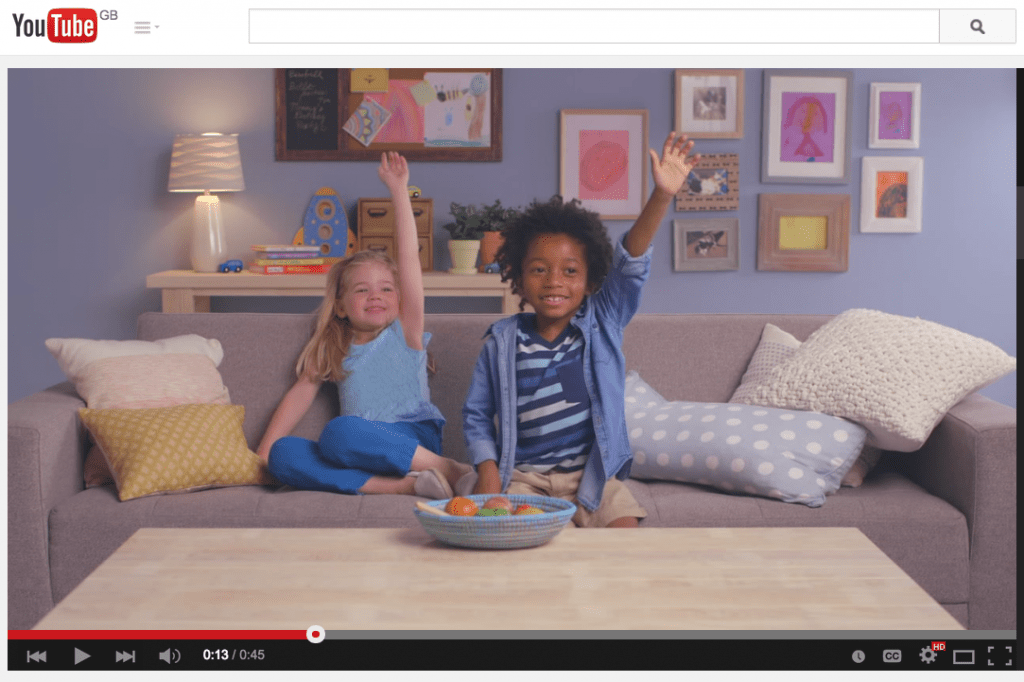 Children admire their grandmas in Pfizer’s ‘Get Old’ video

None of us can escape the fact that the longer we live, the older we get, and yet in popular culture the idea of getting older has many negative implications, as shared by the children in Pfizer’s videos. Pfizer challenges the status quo by introducing us to a new and surprising salutation, “Get old”.

“We’re challenging people of all ages to rethink what it means to get old”, reads the campaign’s Facebook page. At the heart of the online component of the campaign is content designed to make the idea of healthy ageing aspirational.

The campaign’s dedicated Twitter profile has more than 30,000 followers and the ‘Get Old’ Facebook page has 147,000 fans – more even than Pfizer’s corporate page, which itself ranks among the most-followed pages in the pharmaceutical industry.

Yet it is not simply the number of online followers that makes Pfizer’s ‘Get Old’ campaign engaging. In this campaign, Pfizer has made liberal use of shareable content, and in a refreshing way it feels like the campaign prioritises engagement over directly commercial messages. Content shared carries a subtle and optimistic message about hope, health and long life, and the nature of Pfizer’s engagement appears to make content popular. 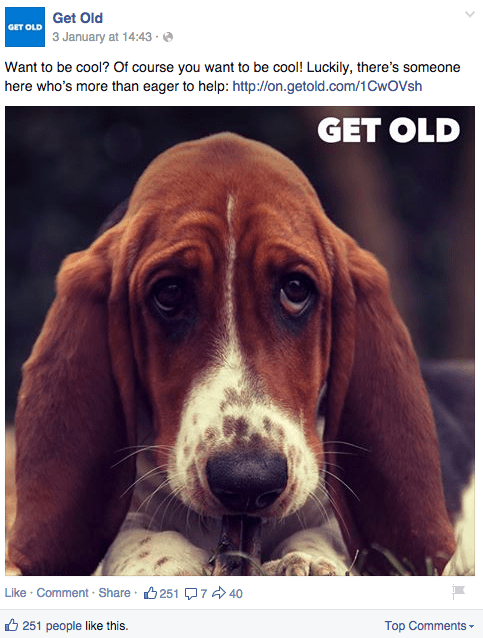 In one such post, a photo of a basset hound is shared under the caption “Want to be cool? Of course you want to be cool!…” and linking to a BuzzFeed article sharing photos of the hound in various humorous poses. No treatment advice, product positioning, or Pfizer-owned material; just the kind of content that BuzzFeed knows is shareable. Indeed, Pfizer’s post has been shared 40 times and ‘liked’ more than 250 times, thus extending further the reach of the ‘Get Old’ campaign’s engagement.

Content featuring cute animals, children and families may seem like an obvious choice for engagement via Facebook and Twitter, but this is the traditionally staid world of the pharmaceutical industry where fears over regulatory compliance and corporate reputation can so often stifle creative engagement. In one sense, elements of Pfizer’s ‘Get Old’ feel like a nod towards Johnson & Johnson’s ‘For All You Love’ corporate advertising campaign in which a children’s choir charmingly sings “Sweet Child O’ Mine” (Johnson & Johnson’s video has been viewed more than half a million times). But ‘Get Old’ also seems more ambitious, because this is no corporate campaign but an open platform where content shared ranges from Pfizer’s own materials to a diverse range of third party content loosely aligned with the campaign’s values.

Other recent ‘Get Old’ posts include a story from ESPN Golf about a 103-year-old Florida golfer who scored a hole in one; and a piece in the New York Times about snacking and exercise, shared under the caption “Now here are some snacks that can actually be good for you. We told you 2015 would be the best yet.”

“You live longer, wouldn’t it be great if your sex life did too…OH WAIT IT TOTALLY DOES”, reads another ‘Get Old’ Facebook update linked to a Huffington Post article about sexuality and ageing.

The key to Pfizer’s campaign seems to be that among the diverse stories shared about health and ageing, many of which are light-hearted, is serious content about health. And among those serious health messages are tools and resources from Pfizer and its campaign partners, such as the American Sexual Health Association, designed to engage patients on topics in which Pfizer has an interest.

“We try to put stuff out there that is engaging; things that are cool, fit with our brand voice, and that you as an individual would want to share”, says Robinson. “We talk about health in ways that are engaging; and we’ll talk about areas that we’re invested in. So we’re advancing the brand as well as doing things that people care about.”

“Living longer: good news for romance, bad news for the divorce rate. Sorry, divorce rate!” reads one ‘Get Old’ Facebook update, linking to a feature on the GetOld.com about romance in old age. Once on the Get Old website, visitors have access to Pfizer’s wider content about healthy ageing.

Robinson says that aside from reaching millions of consumers in new ways, the Get Old campaign is a hot bed for Pfizer to try ideas and new ways of working, and to learn what works. “It’s allowed us to test a lot of stuff, take big risks sometimes; do things that no other pharma company has ever done before… and a lot of those learnings can be applied across the organisation.”