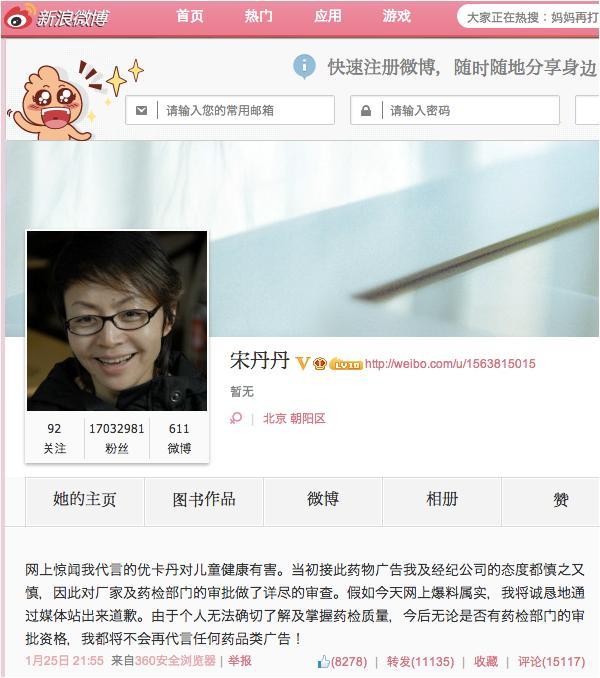 Figure 6: Chinese comedian Song Dandan’s apology on Weibo for his role in the TV ad for Renhe’s product
Image: http://www.weibo.com/1563815015/zg8XSEeCv

According to South China Morning Post, a Beijing-based doctor posted a message on Weibo that read: “Youkadan and Haowawa medicine have been proven toxic to children’s livers. Children under one year should absolutely not take it. Children under six should take it with caution.”

He then encouraged high-profile users to share his post: “Why are their advertisements still in the media? Celebrities, please spread the message and have these commercials withdrawn.” The post was immediately shared, tens of thousands of times, by others including a Chinese television star who at the time had over 26 million followers.

Popular Chinese comedian Song Dandan, who starred in a Chinese television ad for the medicine, posted an apology on Weibo for his role in advertising the medicine and vowed never again to support drug advertising.

Although the doctor who originally posted the message later admitted that he had inadequate information, and China’s Food and Drug Administration issued a statement claiming the medicine was safe, it was too late to prevent the impact on Renhe’s share price, and the company estimated it lost around one billion yuan (USD $160m).

It is not the first time that a pharmaceutical company’s stock has crashed after a social media crisis. In 2011, K-V Pharmaceuticals‘ share value dropped 20% after a Facebook user launched a protest page about its product pricing, and in that case, doctors joined in the online campaign via the Facebook page. What is significant about this year’s Renhe crash is that the crisis was started by a healthcare professional’s social media post.

This article was originally part of a piece I wrote for pharmaphorum.