When you think of someone with schizophrenia, what do you imagine? Rather than relying on personal experiences or clinical knowledge, many of us may conjure up an image based on impressions gleaned from a number of portrayals in mass media. Popular films like Shutter Island and A Beautiful Mind are both vivid depictions of people with schizophrenia, yet they show the condition in very different ways. It’s a fascinating, and sometimes scary subject, and like other mental illnesses there can be a lot of misunderstanding within the general public.

Social media creates a powerful avenue for raising awareness, and it is encouraging to see more than 500 European mental health professionals mentioning the topic almost 1,700 times on social media platforms since the start of 2015 (source: Creation Pinpoint). While professions like clinical psychologists, specialist nurses and researchers represent part of the conversation; psychiatrists tend to be the most active and influential. For example, Miguel Angel Rizaldos in Spain discusses schizophrenia topics through his Twitter account and blog, where he also offers advice to other psychiatrists who want to establish an online presence. 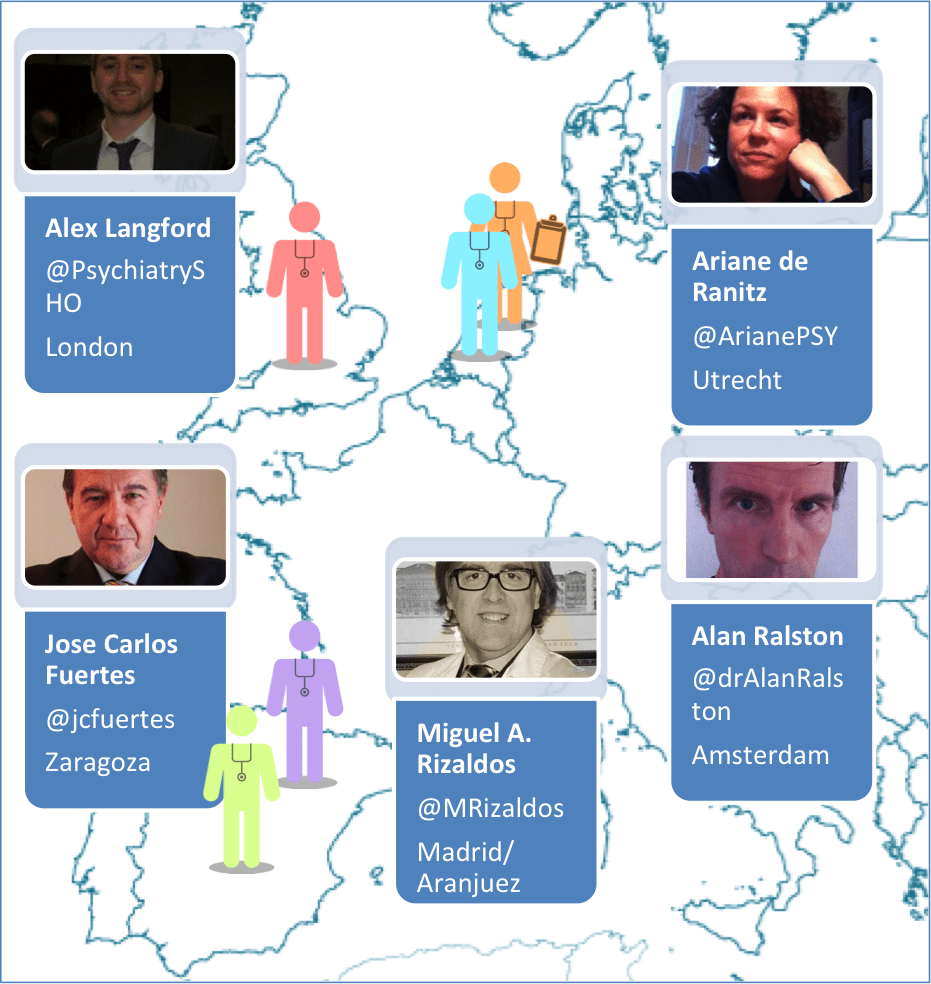 European psychiatrists mentioning schizophrenia most often since January 2015. The highest volume of mentions relating to schizophrenia overall are in the UK, Spain, and the Netherlands, respectively (source: Creation Pinpoint)

Mental health professionals are interested in discussing a variety of aspects with the public as well as with each other, including:

However, the most shared and commented on pieces of content online are related to what the condition encompasses and how the name itself shapes people’s views, indicating that a hot topic among mental health professionals is the perception of schizophrenia. 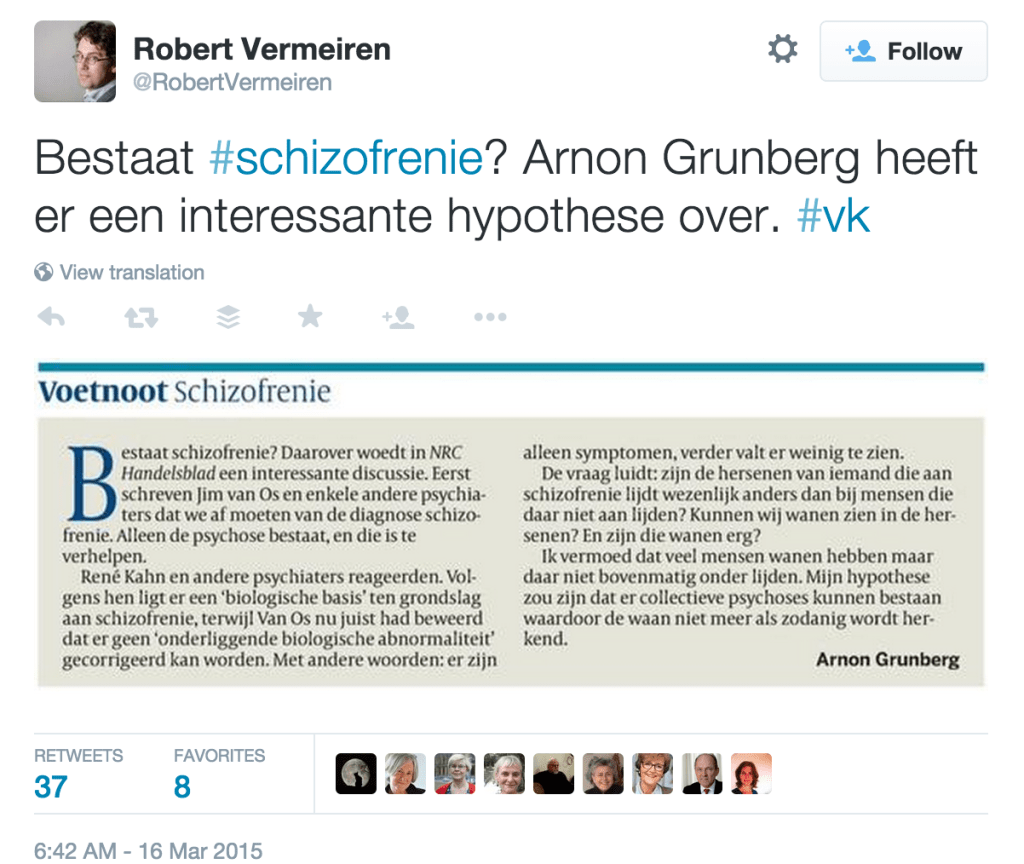 Dutch psychiatrist tweets ‘Schizophrenia exists? Arnon Grunberg has an interesting hypothesis’, leading to sharing and a lengthy conversation on Twitter with others

There is much evidence across Europe of mental health professionals acting to create change in perceptions, often supported by social media. In the Netherlands, a campaign called ‘Schizophrenia does not exist’, with involvement from notable psychiatrists, is trying to break down the wall of pessimism and negativity faced by patients.

Likewise, in Ireland, the Trialogue network aims to open mental health discussions between professionals, carers, and service users through meetings and conversations through Twitter and Blogs. In a Spanish scientific psychology blog, the schizophrenic patient is referred to as being a fundamentally altered person, rather than a “collection of symptoms”.

In addition, studies reflecting on terminology, such as on renaming schizophrenia to reduce stigma, are being shared across the European region. Taking a more direct approach, a junior psychiatrist in the UK tweets at a major newspaper to stop using the word ‘schizophrenic’ in their headlines. Even NICE in the UK has recently modified the name of their guidelines to reflect the changing feelings, adding the word ‘psychosis’ to their schizophrenia guidelines.

There are many examples, but even from these few it becomes evident that this is not a localized phenomenon, but that it is of interest to many across the European region, resulting in the international sharing of content through social media.

A Portuguese mental health nurse commends an Australian editorial, which was initially shared by a UK psychiatrist

There’s still a lot of work to do in this area, both in society and medicine, but I am glad to see mental health professionals broach the topic through social media. In this manner, educational information can more easily reach their peers, patients, and those who simply aren’t aware of what the condition entails, empowering all of us to empathise and come to a better understanding of schizophrenia, so that we may all contribute to erasing the stigma.