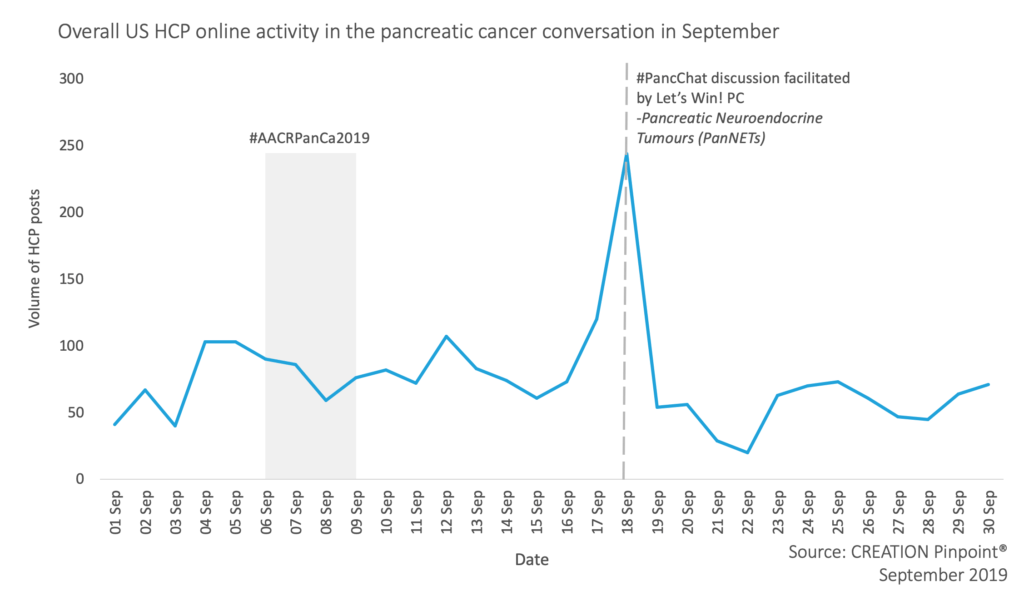 In September, HCPs in the US posted online about pancreatic cancer more than 2,000 times.

As in previous months, the #PancChat discussion caused a significant spike in the conversation occurring on 18th September. This month the topic was pancreatic neuroendocrine tumours (PanNETs).

Mark Lewis, a gastrointestinal oncologist from Utah, featured as a special guest. He contributed 23 of the total 204 posts in the discussion. A passionate patient advocate, Mark Lewis brought not only his medical proficiency, but the empathy of his experience, having completed treatment for his own PanNET just a few years earlier.

The questions began with definitions, allowing various stakeholders, such as patients, or non specialised HCPs, to learn from experts. The conversation continued with discussion of diagnosis, tumour differentiation, treatment and continuing research.
Learning from the special guest, the final question asked “@marklewismd – What would you tell patients facing this diagnosis?” His answer illuminates the importance of these Twitter Chats for the medical community; remembering impact on patients as their number one priority.

This Twitter chat and others frequently attract a large volume of HCPs, in different roles, into one place, which ordinarily doesn’t happen on the same scale. By compiling discussions that interest and educate HCPs, Twitter chats can be utilised by those interested in the topic to inform content and messaging for increased reach and engagement.

This month, the American Association of Cancer Research (AACR) hosted a specific event for the pancreatic cancer community- Pancreatic Cancer: Advances in Science and Clinical Care (#AACRPanCa19).
The post most engaged with by HCPs during the AACR pancreatic cancer meeting was posted by Wungki Park, a gastrointestinal oncologist, who is known to be especially active at other oncology conferences such as ASCO. He asked his peers about germline testing, specifically for non-caucasian ethnicities.

The topic of testing emerged as key this month, particularly early diagnosis (41 mentions), as Anirban Maitra delivered a talk on the subject at #AACRPanCa19. His post received 26 retweets from HCPs.

This topic, which arises continually in HCP conversation, shows an opportunity for informed stakeholders to help educate others and share the information required for improved pancreatic cancer testing and ultimately diagnostic outcomes.

An understanding of what HCPs think can be used for better interactions, and ultimately a building of trust between various medical and pharmaceutical stakeholders. 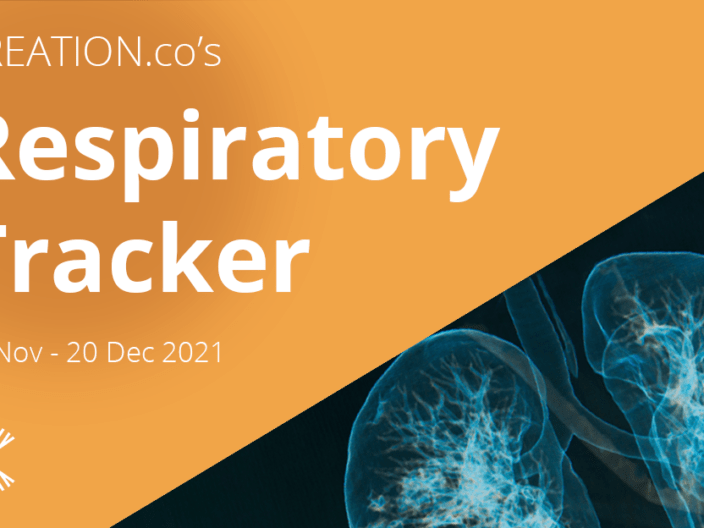 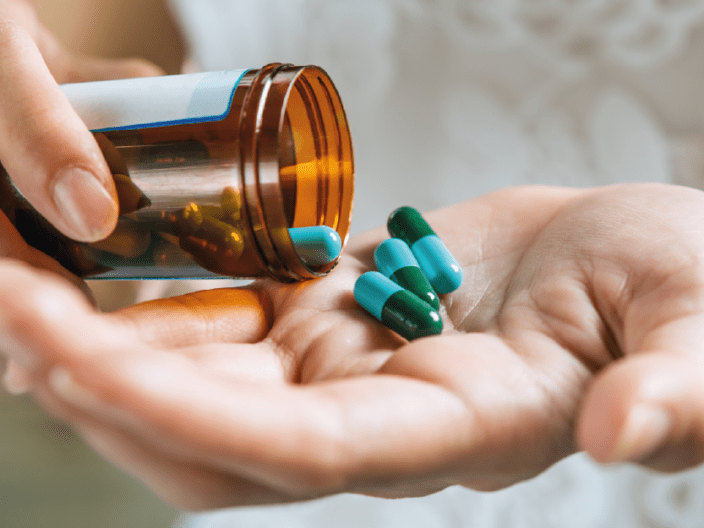 What do HCPs think about antidepressant use for clinical depression?

In observing the negative sentiments, we see that HCPs have expressed that the primary...