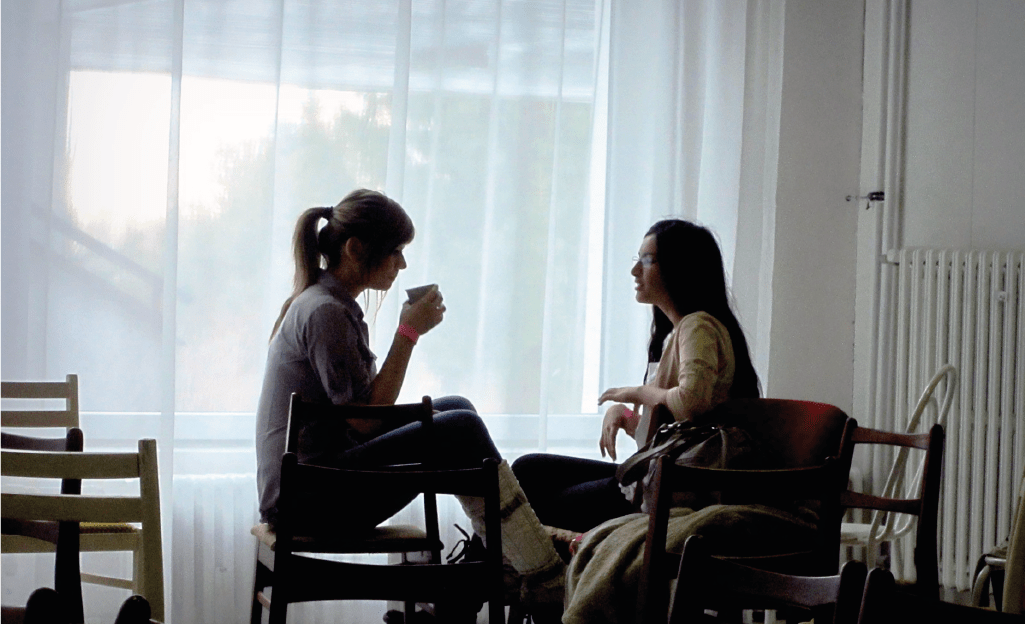 Mental health and neurological disorders are major issues with an estimated 6.7% of the U.S. adult population (16.1 million) experiencing at least one depressive episode in 2015. The National Institute of Mental Health (NIMH) estimates that the economic burden of seriously debilitating mental health conditions is in excess of $300 billion per year, whilst in 2015 there were  6,188 deaths from suicide in the UK alone. This is a major concern for families, employers and millions of individuals who face the challenges of mental health struggles every year. CREATION listened to online HCP conversation relating to developments in the field of neurology, with a particular focus on major depressive disorder (MDD) and schizophrenia.

Social pressures can be a challenge in any walk of life, but perhaps even more so for those living with mental health conditions. HCPs shared reports in support of this, presenting evidence that people suffering with MDD do not seek help because of the associated stigma.

Stigma is still a big barrier: via @npr: Study: Vast Majority Of People Who Are Depressed Do Not Seek Help https://t.co/q5tZlVl4Yb

However, perhaps stigma is not simply a product of a misinformed society, but actually ingrained within health systems and its culture. Renowned psychiatrist and leader of the National Suicide Prevention Strategy for England, professor Louis Appleby CBE, used Twitter to present results that psychiatrists are guilty of stigmatising.

Still stigmatised after all these years: repeat of our 1988 study of psychiatrist attitudes to personality disorder. https://t.co/eB9cyjt3Pr

Upset by these findings, Adult Mental Health worker Emma Hickney responded by demonstrating that this is not a trait carried by all in healthcare roles: ‘Sad to read this. @5BoroughsNHS working hard to improve attitudes & treatment for personality disorder #clinicalnetworks’. A parallel can be drawn with a previous CREATION study in which online HCPs were seen attempting to disband stigmas and misconceptions associated with type 1 diabetes.

On 9th January 2017, in response to Theresa May’s plans to challenge mental health stigmas, Psychiatrist Alex Langford aired his protestations regarding the lack of funding made available to achieve the Tory party goal. Dr Langford was retweeted 42 times by HCPs and a further 147 times by non-HCPs. Langford’s thoughts were synonymous with many of his peers as the masses took to Twitter to react to the news. It was clear to see that the HCP population was uninspired by Theresa May’s pledge to tackle stigma and that significant financial backing from the Prime Minister would have been a more popular scenario.

The uproar on 9th January was not an isolated event as calls for increased funding occurred consistently over the course of the year.

Another key event driving funding conversation was ‘Bell Let’s Talk’, which aimed to raise awareness and funds for Canadian mental health. HCPs used the opportunity to promote awareness for what is seen by many as an under-supported and even under-recognised issue. 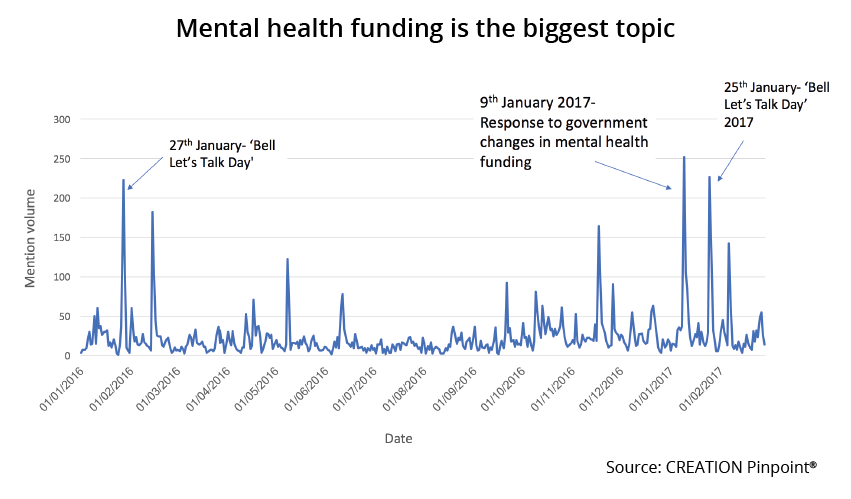 Whilst many HCPs work hard to raise awareness and support mental health sufferers, perhaps some of their efforts are counteracted by careless terminology used by others. Our study observed frequent use of words such as ‘depressing’ or ‘depressed’ in non-medical contexts by HCPs. The use of such terms in everyday vernacular is unlikely to aid the purpose of raising awareness and reducing stigma.

Drug pricing proved to be a topic which provoked a significant amount of negative exposure. For example, orthopaedic registrar, Ben Dean showed his distaste for the MDD drug market, whilst others posted articles and engaged in conversation which demonstrated their unfavourable views towards rising drug prices.

Whilst HCPs were seen commenting on the price of mental health medication, they rarely singled out a specific drug. For instance, Schizophrenia and Bipolar disorder treatment Vraylar (cariprazine) was only mentioned twice by HCPs in this context.

Compared to other therapy areas investigated in CREATION studies, the development of drugs does not feature as a major area of interest here. One HCP who did voice an opinion, Richard Lehman, does not appear to be holding out hope for cariprazine or have faith in the way that it has been tested.

Instead, it seems as though HCPs choose to follow the progress of other innovations, particularly growth in understanding which may help scientists to understand why a neurological or mental health disorder occurs, how it can be identified in the early stages and how it can be most effectively treated. For instance, news published on the BBC website reporting that blood tests may predict successful antidepressant respondents was linked and re-tweeted 83 times by HCPs. Various potential biomarkers for both depression and schizophrenia also generated interest amongst HCPs and were reported with enthusiasm. One story shared by product manager Adam Falat and re-tweeted by two HCPs described vocal biomarkers as ‘amazing’.

Amazing: "vocal ‘biomarkers’ could alert your physician to the presence of anything from depression and stress to heart disease" #mHealth https://t.co/Imf2P4HMJt

However, some remain disappointed with the lack of tangible results. Psychiatrist Dave Curtis re-tweeted neurogeneticist Kevin Mitchell labelling the developments in biomarkers ‘#fakenews’.

In the context of this serious health problem, funding, awareness, and tackling stigma are high priorities for many HCPs. For others, perhaps it’s time to consider how they think and speak about mental illness in order to facilitate further development. In the current climate, some HCPs are cold towards mental health drug prices, but innovative developments such as the field of biomarkers, despite some scepticism, are seen as exciting steps in the right direction. Understanding the views of HCPs in this therapy area provides valuable insights into health and pharmaceutical issues and help define HCP trends. To discover what you could learn from HCPs online, get in touch and tell us what you would like to know.