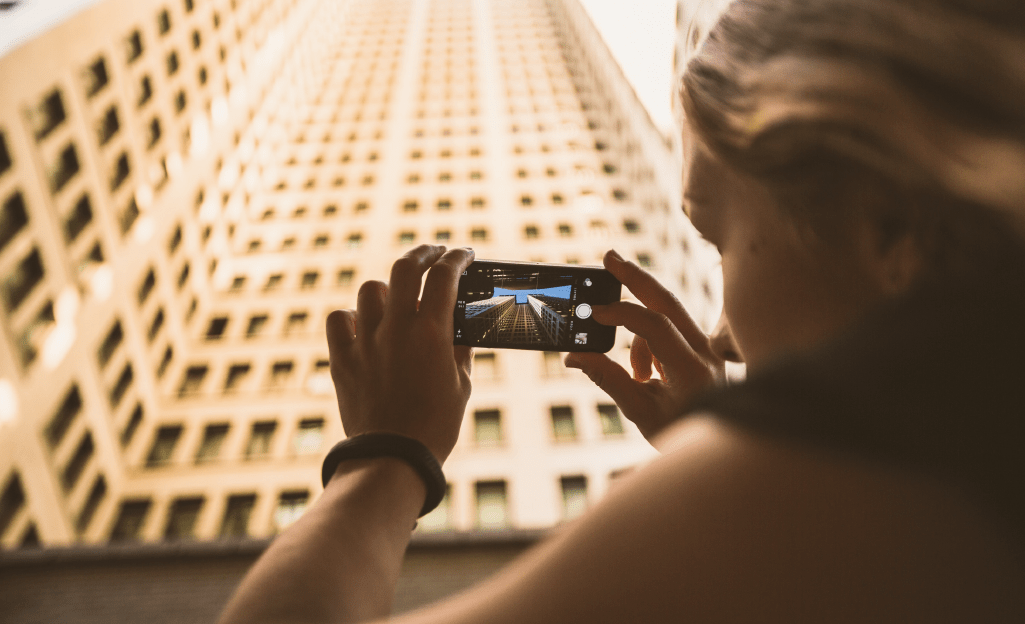 c beyond the location itself. A popular technique for sharing has been to take photos of presenters and their slides, and Tweet them. This has become commonplace at medical conferences, healthcare innovation and technology symposiums and many other disciplines in the field of academia and beyond.

During the American Diabetes Association’s (ADA) 2017 Scientific Sessions which took place from 9-13 June, many HCPs were surprised and some even outraged to discover that ADA were actively discouraging participants from sharing photos of content. Where an attempt was made to share photos of presentations, ADA were quick to respond with their stock comment:

‘Thanks for joining us! Photography isn’t allowed in #2017ADA presentations; we’d appreciate if you could delete this tweet. Thanks!’

Children’s Diabetes & Sports Dietitian, Frankie Annan, was one of the first to receive the request, to which she obliged, removing a photo posted early in the afternoon of the first day. However, others were less cooperative. Shivani Goyal refused to comply, and many came to her support, Carolyn McClanahan said ‘Shame we don’t have more open sharing of information’, whilst Kevin Shah commented ‘Don’t take it down. It’s a title slide!’.

Despite the confusion, ADA did not claim to have intentions to dilute discussion, but to protect intellectual property. A reply to endocrinologist, Partha Kar, confirming the official hashtag (#2017ADA) demonstrated ADA were making attempts to promote conversation.

In an effort to encourage HCPs to engage with the conference hashtag, ADA posted a Tweet supporting the 5k ADA fun run saying ‘make sure to share your pictures using #2017ADA’. HCPs were quick to acknowledge the irony as a barrage of sardonic comments ensued. The assault finally ended with Matius Loots saying, ‘The @AmDiabetesAssn just don’t know when on a #LostCause, do you?’

Good luck to everyone running the 5k@ADA tomorrow morning! Make sure to share your pictures using #2017ADA.

Some presenters took a stand by sharing their own research and encouraging others to do the same.

Thanks in advance to those sharing our #2017ADA poster on Autotune: full content is also online https://t.co/Qtm7VUbuIM #OpenAPS @danamlewis pic.twitter.com/1bfjjLtFJ3

You may take pictures and freely tweet about my talk tomorrow #ADA2017 @AmDiabetesAssn pic.twitter.com/RvkGuPJH69

The ‘photo ban’ heavily detracted from the positive results of the conference as the embargo dominated conversation ahead of innovative studies and development in the field of diabetes. An analysis of the key phrases and topics showed that 65% of the conversation related to ADA’s policy on photo sharing. 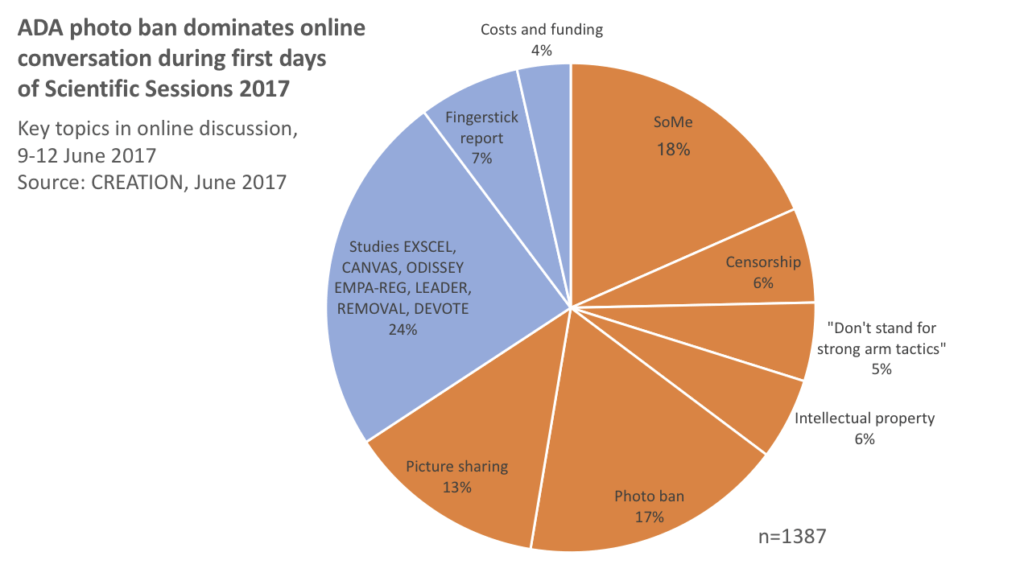 12th June marked a change in activity with a stark increase in mentions relating to studies and trial results. Some shared official ADA reports whilst others posted figures or article extracts. Perhaps pressure from HCPs took effect, or perhaps this was a successful enforcement of ADA’s initial policy, however, it is a demonstration of how knowledge can be shared quickly and easily when focusing on positive opportunities instead of bemoaning a perceived injustice. 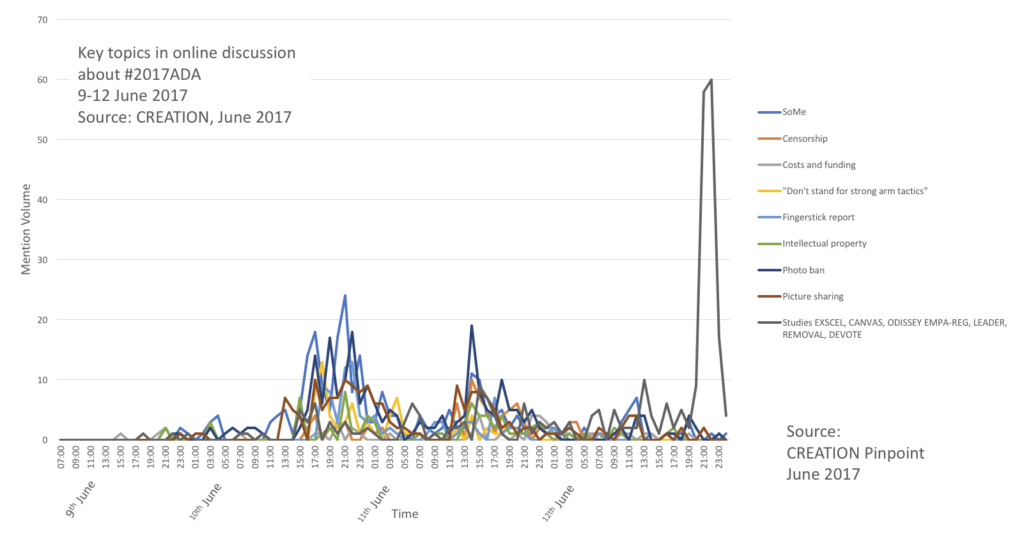 In a digital age with knowledge at the fingertips, it seems that ADA may have missed an opportunity to promote scientific ideas and may be behind the times when it comes to sharing information on social media. With a wealth of information and resources at their disposal, ADA may have to reassess their policy if they are to support the online HCP community eagerly waiting to receive and learn in an instant.

The header image was sourced from Unsplash user @madbyte