In an age where ‘big data’ is a buzzword, it seems the race is on to not only collect and aggregate big sets of information, but to find meaningful ways to extract actionable insights. Computers are powerful, the Internet is ubiquitous, and the price and ease of processing information is creating opportunities for companies seeking innovation and market differentiation. In the health industry, the long established concept of a Key Opinion Leader (KOL) has been a principal intelligence asset which can provide competitive advantage for companies who are then able to collaborate with the KOL to influence their peers. Yet the Internet, and social media in particular, have dramatically changed the traditional paradigm of influence. Whereas the idea of seniority, or experience, or hierarchy within a health care system have been some of the significant determining factors affecting which healthcare professional (HCP) had a relationship with another, in these recent times we see that the hierarchy is ‘flattened’ and HCPs who might ordinarily have nothing to do with each other in real-life; are now involved in meaningful exchanges and collaboration using public social media. 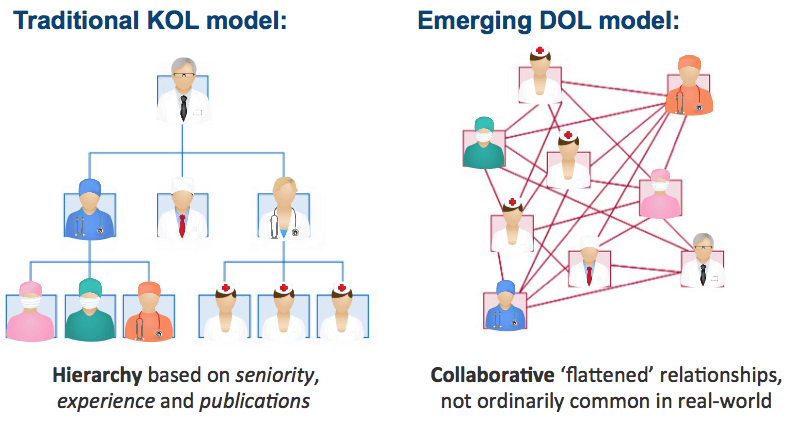 In these online networks, digital opinion leaders (DOLs) are those individuals who are well connected and respected among their peers who also use social tools. Indeed, HCPs of any rank or role can be influencers when it comes to social networking in health. To better understand influence in these flattened networks, Creation Healthcare recently undertook a study in the area of Diabetes, in Spain, over a one year period. The goal was to find and rank the Top 25 HCPs who had influence in Diabetes in the 12 month period from July 2012, through to June 2013. Bearing in mind that this would not be according to traditional measures (such as the number of citations in published works), a new indicator was needed. Social media networking tools and services have a number of measures which are used to ‘judge’ the importance of a person. You may have seen some, including the number of followers, or the number of times a person speaks about a topic, or even social authority measures like Kred or Klout. 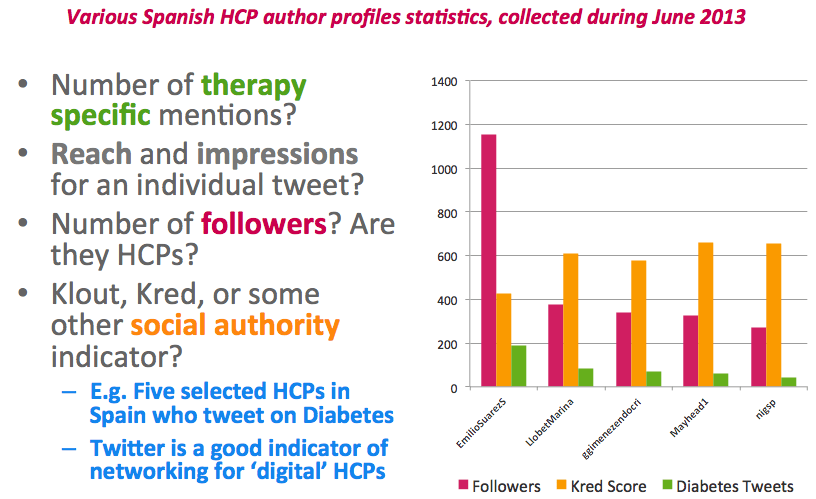 Yet in the context of HCP social networks, these did not provide a true representation of the influence of a person; particularly if it is specific to a therapy area rather than just their overall social network in general. An alternative form of influence can be determined by studying the interaction of healthcare professionals discussing a topic area in public social media, during a period of time.

“We like to think of influence in terms of the extent to which one HCP is engaging with other HCPs within a study.” ~ Daniel Ghinn

An index such as this will change for a person, depending on the topic or depending on the period. In this way it is an interesting benchmark, as well as being a way to understand the relationships which form and change in the HCP world. In the study of diabetes, we can see the ratio of HCP mentions in comparison with the general public. It shows how the conversation is focused and reflective of the needs of professionals. 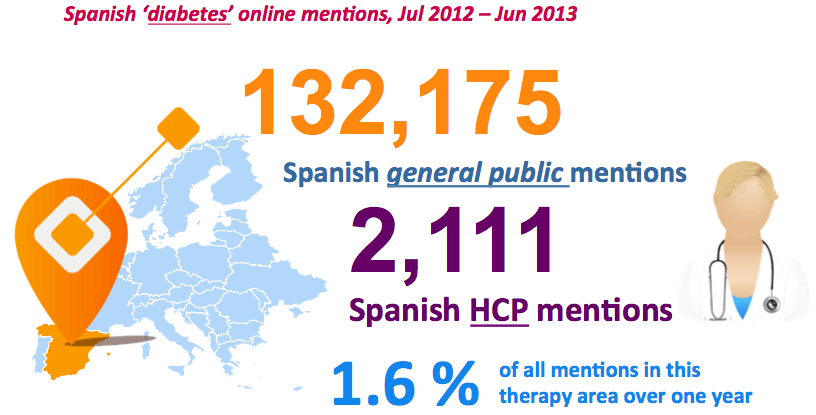 By focusing only on the HCP mentions, we can obtain very specific insights. The study produced fascinating observations relevant to Diabetes in Spain, including: 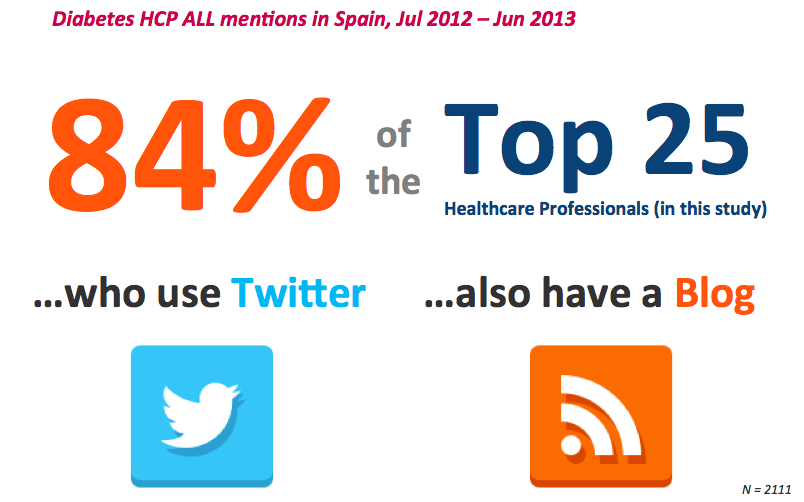 The slide presentation from a webinar which introduced this methodology and study into Diabetes, in Spain, can be viewed below or downloaded from SlideShare here.

Healthcare Professionals (HCPs) in Spain who have online influence in Diabetes.