What doctors say about changes to the Cancer Drugs Fund 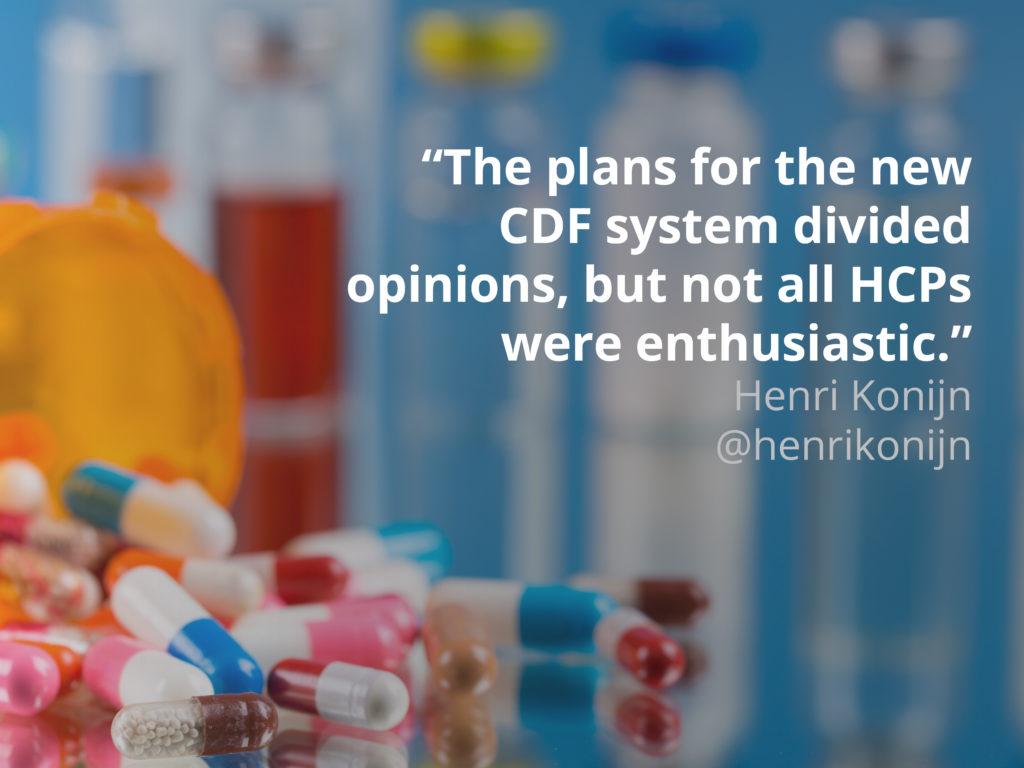 This article was written and researched by Henri Konijn and Adam Doggett, Research Analysts at CREATION

As part of the UK’s fight against cancer, 2011 saw the birth of the Cancer Drugs Fund (CDF). The aim of the CDF, funded by the government, was to allow better access to certain cancer drugs that were not common in the NHS.

The NHS estimates that 95,000 cancer sufferers have been positively impacted by the CDF during its five-year tenure. However, due to overspending, the scheme came under scrutiny, resulting in changes in the system.

@Ozradonc @felly500 @DrSarahBHealthy We don’t have it in ENG. We have the Cancer Drugs Fund on which @NHSEngland are massively overspent

Despite the positive impact, the media pounced on CDF frailties, exposing its budget stretching. At the start of 2016 discontent reached a climax, when reports said overspending was estimated at £167 million over the previous two years.

A BBC article on 5 February, looking at the views of a committee of Members of Parliament (MPs) on CDF mismanagement, cited that the CDF budget had been exceeded greatly in order to support its initial goals.

The article did allude to the years of CDF success, too. However, in response to the report, outraged healthcare professionals (HCPs) maligned the overuse of a system implemented with good intentions. During the week of the article’s release, the CDF received only negative mentions. 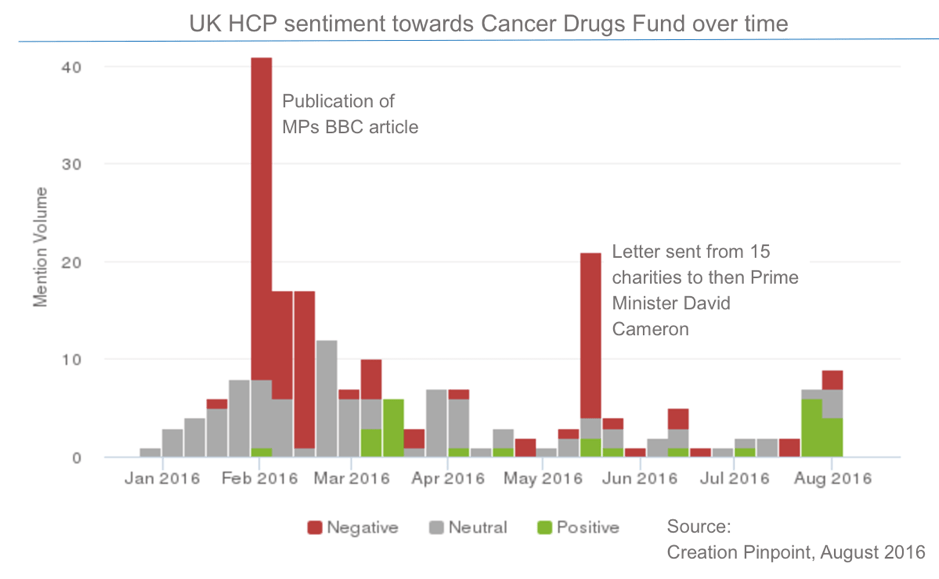 From 29 July 2016 a number of health institutions, including the National Institute for Health and Care Excellence (NICE), took over the responsibilities of the CDF. To this end, NICE will make the final decision regarding the licensing of existing and potential new cancer drugs.

Sir Andrew Dillon, NICE chief executive, claimed that the new system will redirect funds to produce the most ‘cost effective, innovative new cancer drugs’. He added that it would also allow the public to access promising drugs sooner than ever before, in a scheme unrivalled anywhere in Europe. Maria Caulfield, a cancer nurse and a Conservative Member of Parliament for Lewes, took to Twitter to express her delight at the changes.

The plans for the new system divided opinions, but not all HCPs were enthusiastic. Back in May, a letter from 15 cancer charities to then Prime Minister David Cameron reflected the sentiment of many HCPs regarding the change in the CDF. The letter expressed concern over the cutbacks to previously-used treatments and the limited access to potentially life-saving drugs. Many HCPs endorsed its view by sharing it on Twitter, resulting in a further spike in negative sentiment towards the CDF on this date.

Despite the concern of the charities and some HCPs, it can be observed that, overall, the CDF has been seen in a more positive light since the reforms. Between 1 January and 24 February (the day before the CDF changes were announced) opinions expressed on the CDF were overwhelmingly negative. However, following the announcement of the now-active changes (25 February – 12 August), a number of HCP tweeters advocated for the new regulations.

In the long term the changes to the CDF may prove very beneficial. However, inevitably compromises have been made. The changes to the CDF provoke contrasting opinions among HCPs; some focus on the list of drugs no longer available, while others highlight the fast-tracking of innovative new drugs.

This brief study of HCPs on social media illustrates the strong feelings that exist on both sides of the debate about important health system developments among those on the front line of patient care.