What doctors say about EpiPen pricing 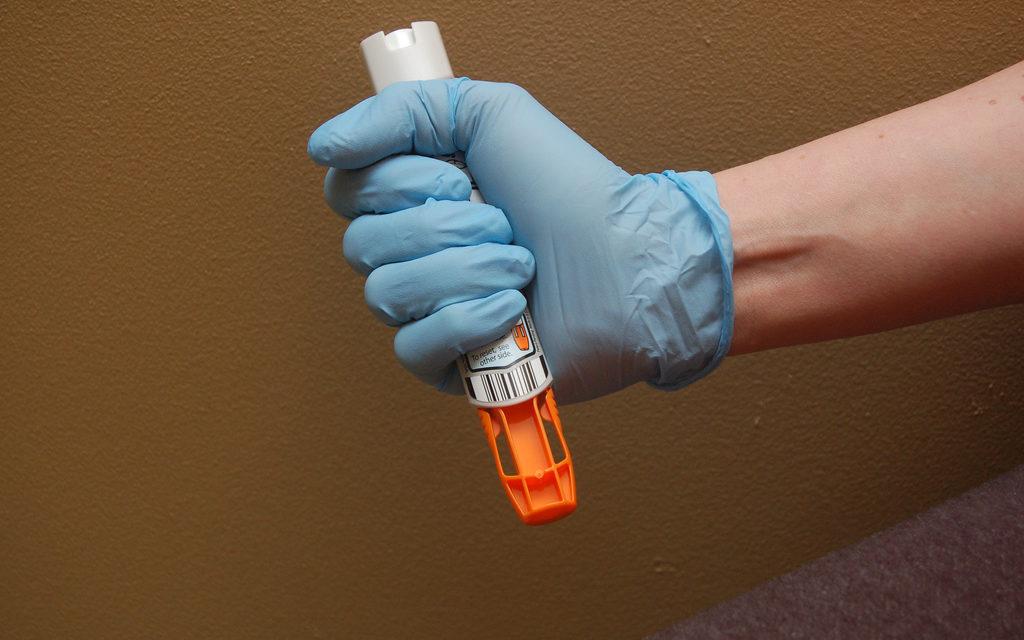 In a hearing over the price of her company’s product EpiPen, which is used in emergencies to treat a severe allergic reaction, she heard accusations that the company had set out to “get filthy rich at the expense of our constituents”, by increasing the price of the product.

I am not writing this article to tell the story of Mylan’s communications crisis, or to document the story that led to Ms Bresch standing before the US government, since plenty has already been said about that. Instead I am interested in the views of thousands of doctors who care for patients at risk of allergic reactions, and prescribe or recommend EpiPen to save their lives in the event of contact with their allergen.

Healthcare professionals have a unique kind of relationship with pharmaceutical companies; on the one hand often relying on their products to treat patients, and on the other, at times, questioning the motives of the companies behind the treatments they recommend. If doctors ever believed that some pharmaceutical companies are more motivated by profit than care, their recent conversations about EpiPen say it all.

A study of healthcare professionals’ social media posts mentioning EpiPen over the past two months revealed an overwhelming surge in interest in the product’s price, its manufacturer Mylan, and specifically the company’s CEO.

The study tracked almost 14,000 social media posts by healthcare professionals mentioning EpiPen from August to September 2016. A ‘word cloud’ summary of those posts illustrates that the most popular topics included ‘Mylan CEO’ and a range of topics related to EpiPen pricing, using terms such as ‘price gouging’ and ‘price hikes’. Let’s take a look at some of the key themes in the story as told by healthcare professionals.

Healthcare professionals all over the world reacted with fury to Mylan’s pricing of EpiPen, despite the fact that its prices have not risen consistently in all markets. Whereas in the United States, EpiPen prices were cited as having risen 500% to $600 (around £460) per 2-pack, some healthcare professionals shared a Bloomberg article pointing out that in the UK, the NHS pays just £53 for a similar pair of injectors.

This good news for the UK did not stop local healthcare professionals joining in the worldwide condemnation of the company. Among hundreds of comments from HCPs in the UK, Thomas Fisher, a hospital pharmacist in England, accused Mylan’s CEO of ‘sickening greed’:

Sickening #greed from #MylanCEO and #mylan over #epipen prices! https://t.co/0yG2Bv9LJ2

Some doctors raised concerns over the impact of EpiPen pricing on patients. Paediatrician Kate Land, MD, shared a story written by Permanente Group CEO and medical doctor, Robert Pearl, warning that children will die without access to EpiPen. In the article, Dr Pearl comments on the sudden surge of online content about the product: “It was impossible to look online last week without noticing one story after another about the egregious price increases for the EpiPen”.

Mylan’s Outrageous EpiPen Price Hikes: How Many Children Will Suffer? via @RobertPearlMD https://t.co/hTPMFs1KW5

Many healthcare professionals mentioned Mylan’s CEO, Ms Bresch, following her story as she stood before the US government hearing. They tweeted links to news and shared their views, such as that of pathologist Jared Schwartz who asked why pharma boards are “so clueless of public outrage”.

Conversation about EpiPen pricing also sparked anger at the pharmaceutical industry as a whole, with many blaming “big pharma” for “price gouging”, and others calling out other brands and companies by name such as Gilead, Novo Nordisk or Pfizer, accusing them of being as guilty as Mylan.

Some healthcare professionals suggested that the Mylan’s actions were cause to consider how pharmaceutical companies are governed with regard to pricing and profit. Elizabeth Loder, professor of neurology and clinical editor at The BMJ, wrote a BMJ post calling for tough action on drug company executives guilty of “predatory pricing”, suggesting jail sentences for CEOs.

What can pharma learn?

The outrage expressed by healthcare professionals over Mylan’s EpiPen pricing included an undercurrent of wider accusations targeted at “big pharma” in general. This signals more than a communications crisis for Mylan: it points to a crisis of confidence among healthcare professionals about the pharmaceutical industry’s motives. There appears to be a growing view being voiced among doctors that Mylan is not alone; it is not the first pharmaceutical company to have faced public outrage over its pricing and, judging by the murmurs of doctors online, it will not be the last.

I sense that the lessons to learn, though, are not for the brands and companies in Mylan’s shoes, already accused of putting profit above all else; the lessons are for brands not yet pushed to exploit market value at the cost of corporate reputation and more. For most big pharma companies there is too much at stake to have the reputation of the company and its leadership brought low by a pricing scandal over a product. In today’s connected age, in which doctors all over the world stand by each other on social media and will rise to support a cause they believe in, trust is a currency that connects them. For pharma, building trust online requires a strategy that is much more than skin deep. Perhaps that’s a story for another day.

This post was originally commissioned for PharmaPhorum in October 2016