What doctors say about prediabetes: pharma disease-mongering or genuine concern? 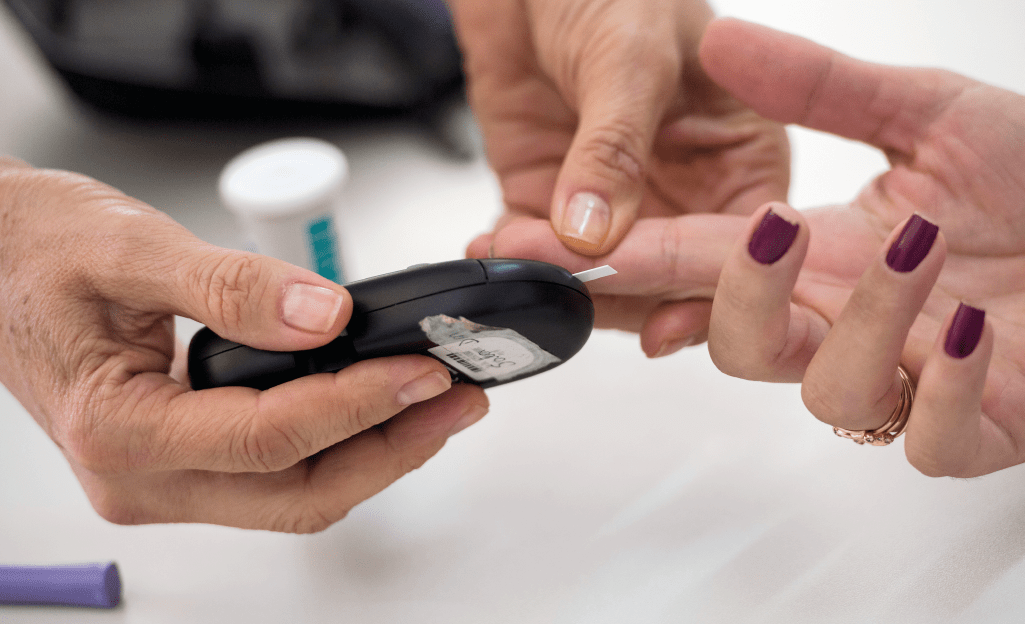 In a recent study investigating the online conversations among healthcare professionals (HCPs) with an interest in type 2 diabetes, prediabetes (borderline diabetes) was identified as a key topic of interest. The study identified almost 50,000 diabetes related posts from UK HCPs using open online platforms over a one-year period. Around 1% (483 posts) of all conversation in the study mentioned prediabetes. 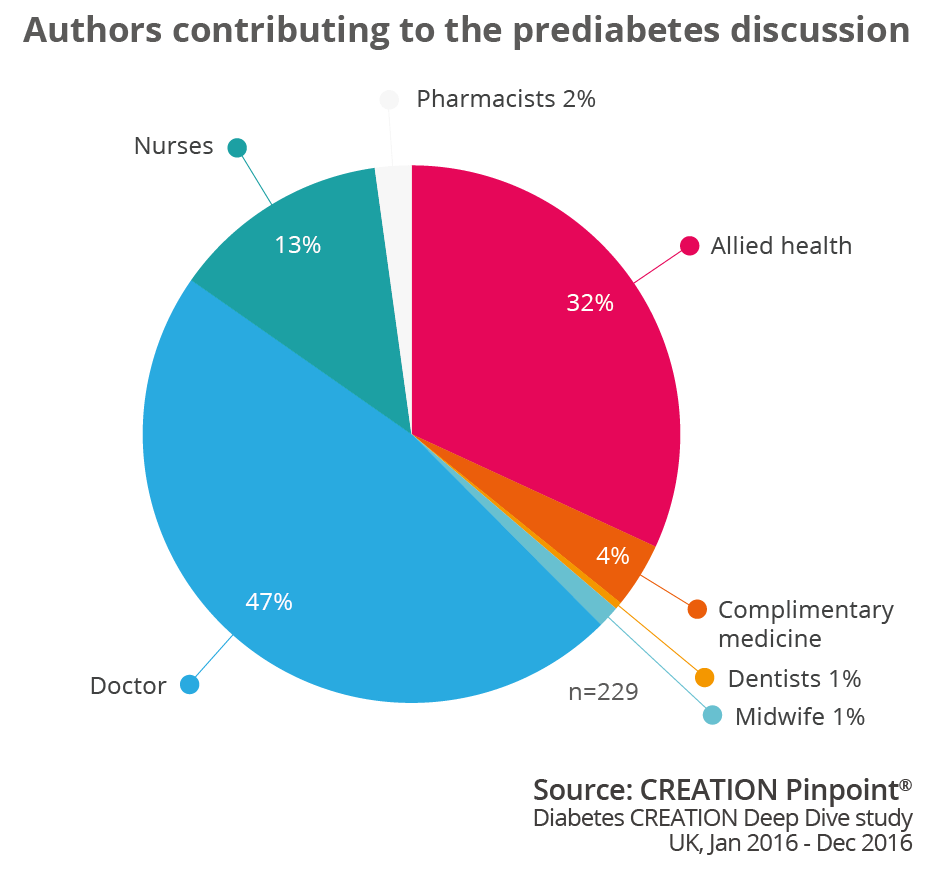 The prediabetes conversation is primarily driven by doctors, who make up 108 of the 229 authors contributing to the discussion. Within that group, the most active and vocal are primary care specialists who contribute 69% of the posts by doctors. Perhaps primary care physicians take an active interest in the issue of prediabetes because they are in a position of first contact and required to deliver a diagnosis and prescribe a treatment plan. 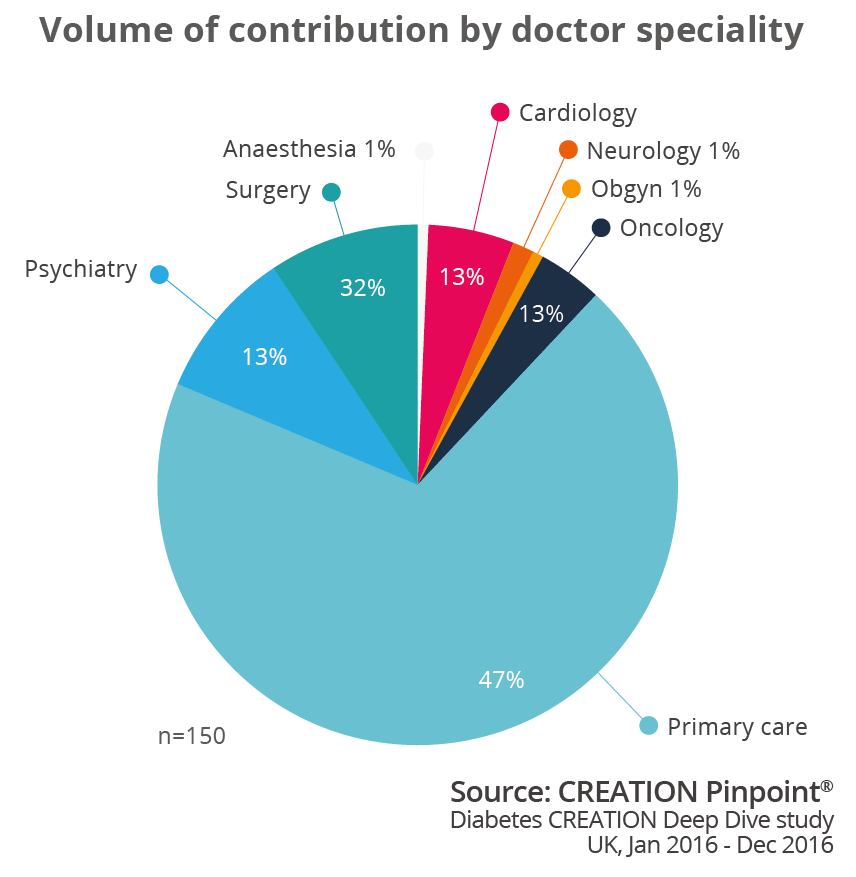 The validity of prediabetes came into question as some wondered if diagnosis would actually produce any real benefit. Doctor Ahmed Rashid described the disease as ‘overmedicalisation’ whilst sharing an article that acknowledged the need to address the public health concern posed by diabetes, but went on to say that the condition will lose significance as a result of hyper-diagnosis:‘But how useful or meaningful is a test that identifies nearly every older person as likely to have prediabetes?… “a condition never heard of 10 years ago”’.

great article from @nytimes on prediabetes and overmedicalisation – inc quotes from voice of reason -> @vmontori https://t.co/fiWYR4ZWrx

In a few years we'll all have prediabetes…https://t.co/gWnyKqSJW0
(new paper from my team on this non-disease is out soon in @bmj_latest)

Diabetologist Gordon Caldwell seemed perturbed by the way ‘other diabetologists’ are ‘creating more diabetics’ by the use of the term and diagnosis of prediabetes. A satirical response from the facade of ‘John Grumble’ saying that prediabetes is ‘a bit like life being pre-death’ demonstrated his own unsupportive standpoint towards the disease.

I'm behind the drag curve on this. Many of my patients tell me they have pre-diabetes. It's a bit like life being pre-death.

Others took the view even further, suggesting that prediabetes is not simply a product of over-medicalisation, but actually a fake disease generated by the pharmaceutical industry for its own gain.Ash Paul shared a Richard Lehman article which discussed prediabetes as an ‘artificial diagnosis’. Paul quoted Lehman as saying ‘pharma have constructed a concept called “pre-diabetes”’. When Lehman took to twitter to share the article, he introduced it as ‘My blog on sugary disease-mongering’, to which general practitioner and BMA GPC clinical and prescribing policy lead, Andrew Green, responded in agreement, but expressed that others could not be convinced of the same view.

I made these very points to NHSE diabetes prevention programme chiefs in Jan 2016, unable to convince them. @BMA_GP

Prediabetes should be taken seriously

The point of view that prediabetes is a worthless diagnosis, championed by doctors more than any other HCP role type, did not however seem to be the predominant opinion. Many HCPs on social media seem to be in agreement with offline HCPs that Andrew Green was ‘unable to convince’. 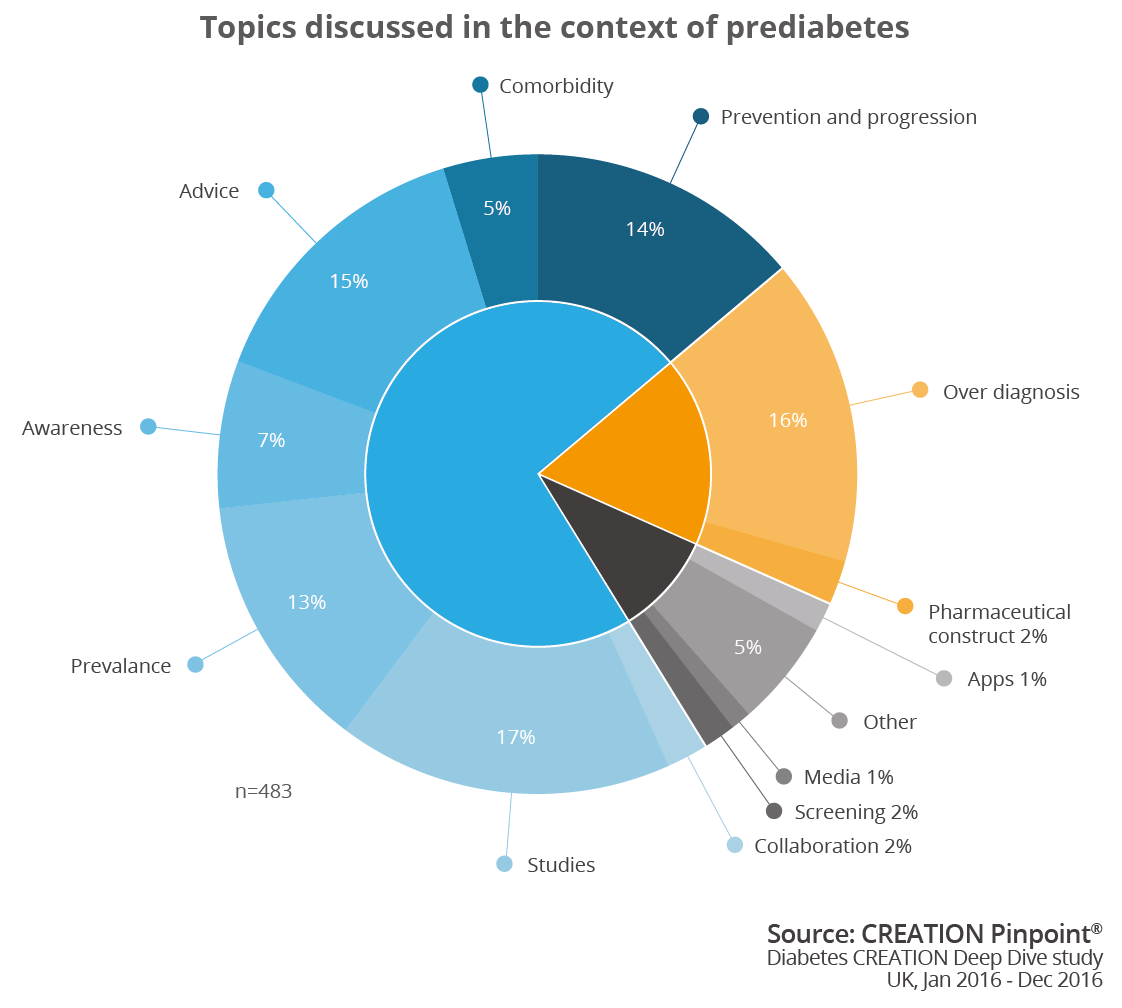 When looking in more depth at the topics discussed in relation to prediabetes, it can be seen that a significant majority of conversation (73%) showed concern in one form or another towards the ‘growing disease’ (blue segments) and in this way endorsed the legitimacy of the condition. HCPs showing concern discussed issues of prevalence, comorbidity and prevention and progression of prediabetes as well as raising awareness and sharing advice data from studies. Only 18% of the views presented online in relation to prediabetes (orange segments) held a view that prediabetes is a non-disease or a product of over-medicalisation.

Despite sharing posts calling prediabetes a concept constructed by the pharma industry, Ash Paul was also seen to be defending pharma involvement in the development and diagnosis of prediabetes. He  shared a link to an article which presented the idea that pharmaceutical companies are being blamed for something they have not done.‘Well, once again, the drug industry is being portrayed as the problem’ explained the writer, John LaMattina. LaMattina makes the point that since diabetes is an issue, prediabetes can also be considered an issue because these warning signs can allow progression to the full disease to be prevented. Endocrinologist Partha Kar aso used Twitter to allude to the importance of identifying diabetes risk factors. Furthermore, explained LaMattina, the cost of treating prediabetes (lifestyle, metformin or statins) is minimal in comparison to treating diabetes, so investing time and resources at the prediabetes stage has minimal financial benefit for pharmaceutical companies.

A number of HCPs issued a warning to take prediabetes seriously. In a Huffington Post article shared by Michael Joseph, entitled ‘The lie that’s killing us: Pre-Diabetes’, the author suggests that prediabetes should be considered ‘stage 1’ diabetes.

Ok- so whats the suggestion? We shouldn't look for those at risk? Wait till it happens?

The openly-shared views of HCPs towards the idea of prediabetes provide a glimpse into issues that may shape the future treatment of the disease. If HCPs consider the term to be helpful in shaping patient interaction or public health messages, then the concept may remain a hot topic. Whilst the views of doctors expressed in their online conversations tell us something about what they care about, it is not impossible that those conversations will also play a role in shaping future policymaking.