What Doctors Say About Their EU Referendum Vote 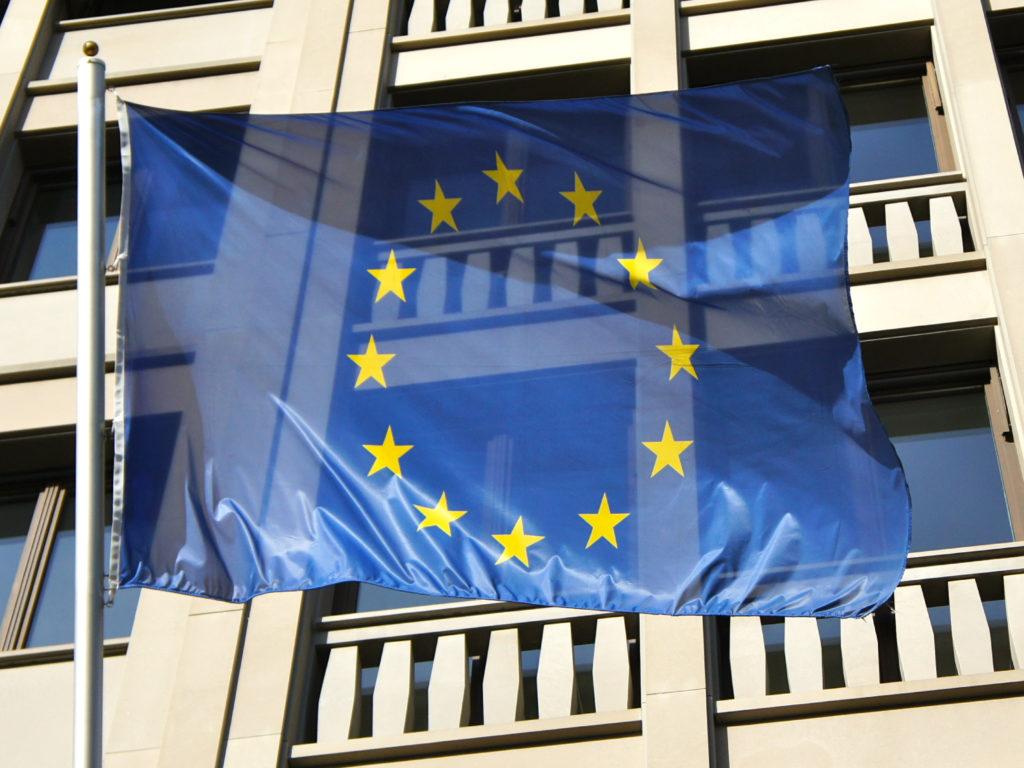 Two-thirds of UK healthcare professionals (HCPs) who talk about the NHS in relation to the upcoming EU referendum would vote to remain. Early data from a study into more than 17,000 social media posts by HCPs discussing the referendum shows that 66% of posts mentioning the NHS or health, and expressing a position on the vote, favour the UK remaining in the EU.

But that’s not the whole story. The analysis suggests that HCPs’ likelihood to vote to remain or leave the EU depends upon which topics they are most concerned about. Whilst two-thirds of NHS-related conversations favour remaining in the EU, on the subject of education and research, an even greater share of conversation is led by those with a preference to remain, at 79%. 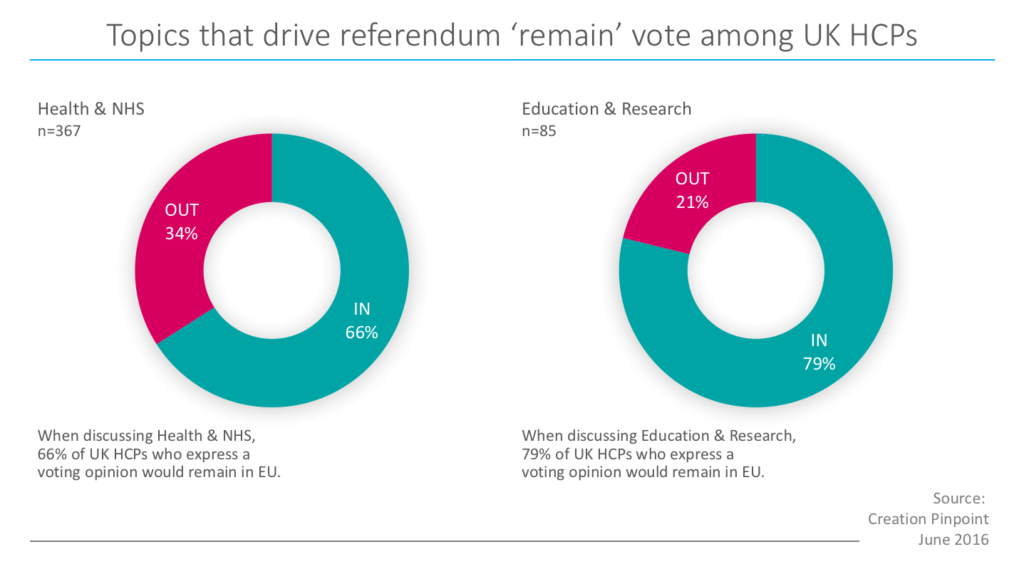 The ‘out’ viewpoint, on the other hand, is expressed most strongly by HCPs on the topics of sovereignty and laws, where 86% of conversation promoted leaving the EU; farming and fishing, also at 86% to leave; defence & security, 68% to leave; and immigration, where 67% of conversation favours leaving. 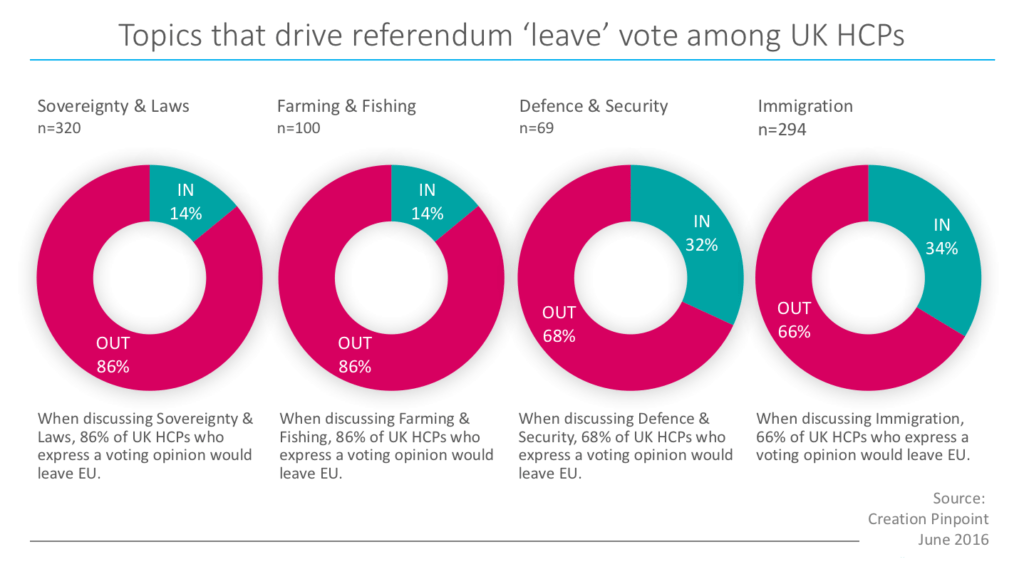 Yet despite being significant drivers of ‘brexit’ views, data shows that these topics are not the greatest issues of concern among HCPs. Wider analysis of major topics being discussed by HCPs in relation to the referendum shows that the single most discussed topic on the matter is ‘health and NHS’, where the ‘remain’ view is strongest. Topics where the conversation leans towards ‘leave’ are less popular among HCPs, with ‘sovereignty & laws’ at 9% and ‘farming & fishing’ at just 4% of conversation. 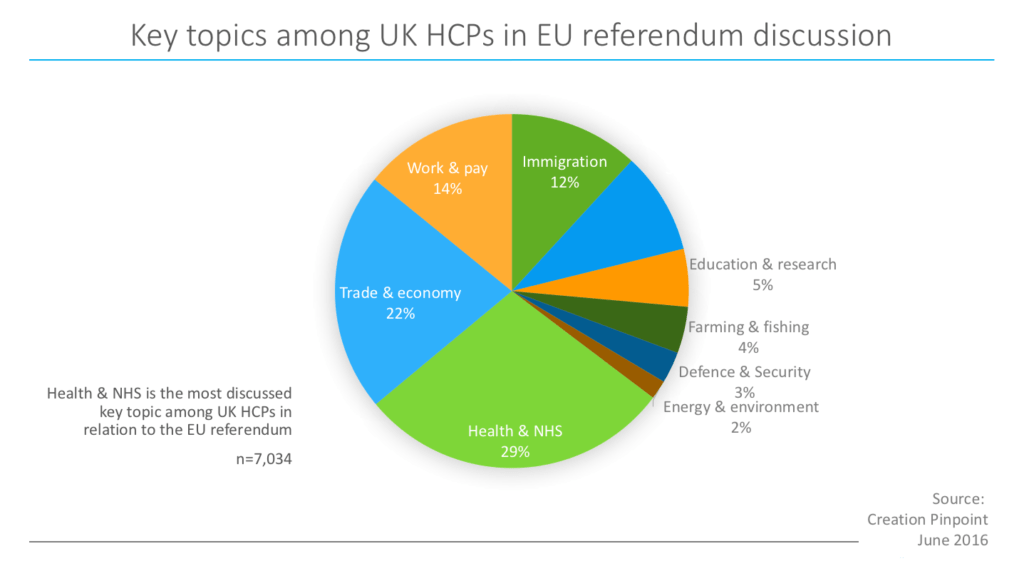 It’s not over yet

As we approach the referendum, HCPs’ shared views continue to develop. Two weeks ago, in early June, most of the expressed views among HCPs indicated a preference to leave the EU, but the past week has seen a significant increase in posts supporting a ‘remain’ vote, shifting the balance in favour of remaining in the EU. The next few days will be critical as voters’ final position is settled before the referendum vote. 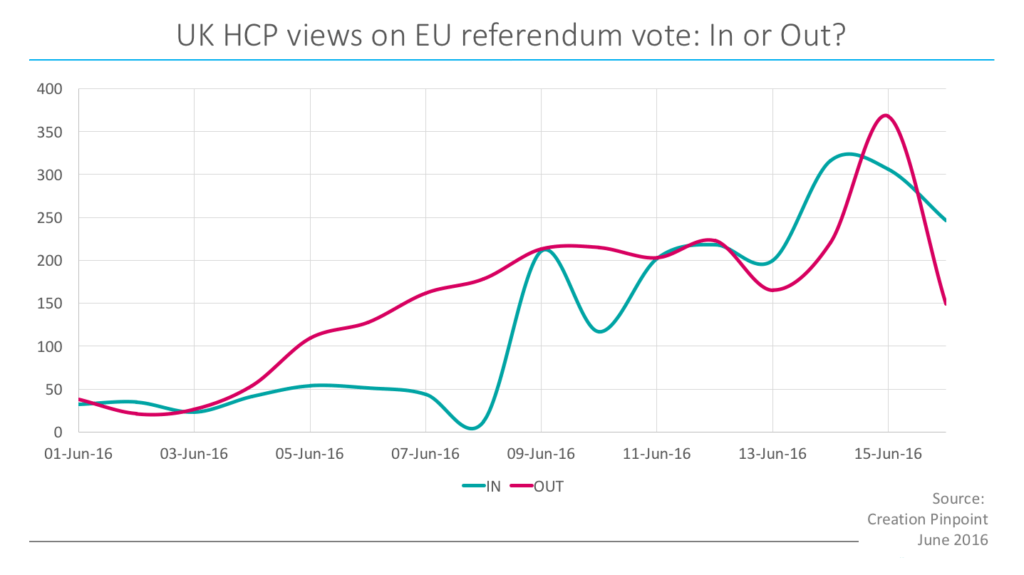 We saw earlier this year that doctors and other healthcare professionals are passionately engaged in political issues that affect them. Ongoing discussion about the EU referendum illustrates how their political views are shaped by topics that they care most about. Perhaps not surprisingly, the topic of health and the NHS is a key driver that just might shape the overall vote – among healthcare professionals, at least.

Data for this article was analysed using Creation Pinpoint, the HCP online insights platform. A total of 17,218 posts by HCPs in the UK on public social media between 1 January and 16 June 2016 were studied, including Tweets, forum posts, comments and blog posts.