What HCPs say about access to high-priced Hepatitis C drugs 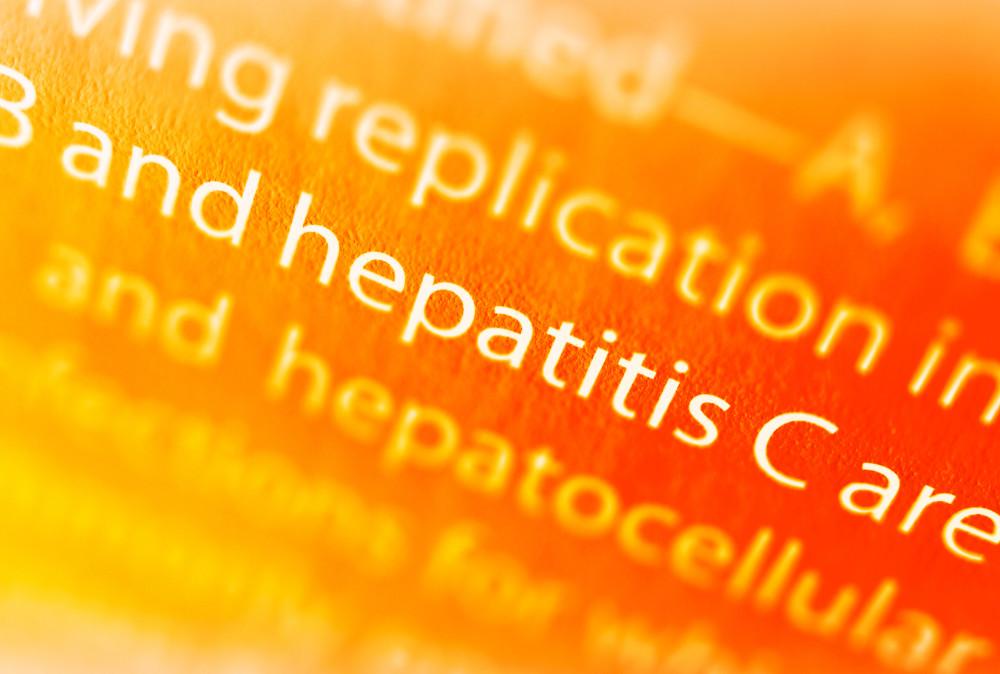 This article was written and researched by Jamie Doggett, Head of Research at CREATION

In 2013 and 2014 Gilead Sciences released two new drugs listed for the treatment of Hepatitis C (HCV): Harvoni (ledipasvir–sofosbuvir) and Sovaldi (sofosbuvir). This brought to the forefront the contention between expensive drugs that are highly effective and the lack of affordability for both individuals and healthcare providers such as Medicaid in the US and NHS England.

This was further highlighted by Gilead’s latest HCV drug Epclusa (sofosbuvir-velpatasvir) released last month, which treats all strains of HCV. This combined with the rise of sensational stories of patients self-sourcing medication for a fraction of the retail price has meant a continued high profile amongst healthcare professionals (HCPs) on social media.

Some HCPs have turned to pharmaceutical companies to cast the blame, including Gilead, which reportedly made $10.3 billion from Sovaldi in its first year on the market.

One example is Dr Ralph George, a surgical oncologist from Toronto, Canada who shared an article giving an overview of pharmaceutical companies pricing using the hashtag #badpharma.

However, a poll conducted by Speciality Pharmacy Times of over 2000 physicians from 21 countries spanning 4 continents found that 64% of HCPs believed that drug prices are justifiable and drug companies are not to be blamed for hiking prices.

“If you tell the drug companies today, that their discovery can’t be sold for more than $900, they will stop working on a cure tomorrow,” said one US radiologist.

Despite concerns shown by some HCPs over the rationale for drug pricing, the majority of HCPs are casting blame for lack of availability at healthcare providers, spotlighting NHS England. Hepatitis C Trust has made allegations that the NHS has attempted to delay the implementation of the expensive, yet effective Harvoni and Sovaldi despite NICE’s recommendation of the drugs. The NHS has now introduced the drugs with the aim to treat the most urgent cases first: 10,000 of the 90,000 diagnosed HCV patients, in 2016-17.

This announcement was met with anger from HCPs internationally, especially US HCPs who closely followed the development of the NHS’s decision and its consequences.

The 28th July saw the highest volume of discussion amongst UK HCPs regarding HCV and its treatments which coincided with the release of the NHS’s new treatment target. US HCPs saw their highest peak this year one-month prior, with the approval by the Food and Drug Administration (FDA) of Epclusa. 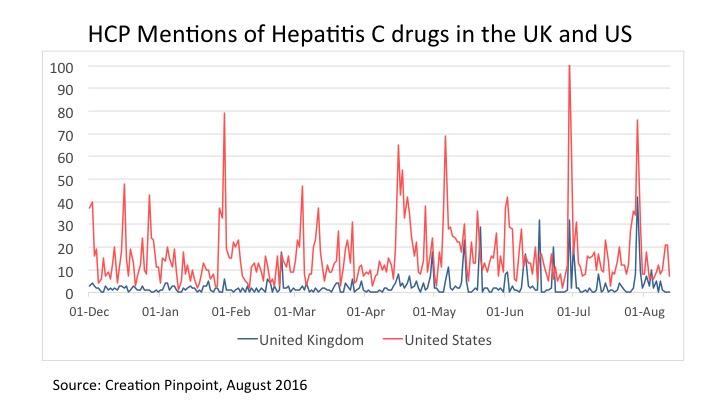 One of the UK HCPs who tweeted during the UK peak was Rachel Clarke, a junior doctor in the NHS. She tweeted to her 7500+ followers that the decision was “morally wrong and financially nonsensical”. This was retweeted 69 times in the days following the discovery of the NHS’ approach for the implementation of HCV drugs.

However, some HCPs, based on a recent article released by the British Medical Journal (BMJ), have sympathised with the NHS’ approach highlighting their lack of resources.

Some HCPs have linked the NHS’ budget constraints to the fact that it is not able to negotiate specific deals with individual drug companies in order to reach more affordable pricing. This holds true for the US as well with the Centers for Medicare & Medicaid Services (CMS) not being allowed to negotiate either.

A Chicago-based physician and policy maker, Stephen Ondra, believes the price tags attached to the latest HCV drugs are the exact reason to give CMS the right to negotiate.

The high cost of Hep C drugs & the financial impact on govt programs is reason to allow CMS to negotiate price with pharma.

Given the high pricing and limited access to HCV drugs on the NHS, some patients have taken to online ‘buyers’ clubs’ to import medicines at a lower price. Zoe Sharam’s story, covered by the Mirror, was widely shared and caught the interest HCPs.

Gilead charge the NHS £35,000 for Sofosbuvir-based regimen, woman buys it herself from India for £650 https://t.co/ONWx68KolQ

For HCPs social media is an important tool to express their thoughts and their opinions on what matters most to them, whether it is the introduction of a new life changing drug or the administrative decisions made by regulating bodies in the healthcare sector.

Regardless of whether the blame lies with pharmaceutical companies and their pricing models, with healthcare providers such as NHS England or elsewhere, it is clear that HCPs are turning to social media to express their views. As HCPs engage with online communities we can seem them garnering support from fellow HCPs as well as from the general public about issues that matter to them.