Last week, the National Institute for Health and Care Excellence issued an updated set of clinical guidelines with regards to breast cancer care and treatment, becoming the first European body to recommend that ‘at risk’ women take preventative drugs for five years in order to decrease their chances of being diagnosed with the condition. Women with a family history of breast cancer (the most common cancer in the UK) can now opt to receive a daily dose of Tamoxifen that they have to take for five years in order to cut the risk of developing breast cancer by as much as 40%.

The NICE decision is considered a historic one, as previously, women with familial links to breast cancer only had the option of undergoing mastectomy, which can often be an invasive and traumatic experience. Around 488,000 women across the UK will be affected by the new guidelines and the announcement, along with the intention of increasing genetic testing, gives women more options in terms of managing their increased risk of cancer.

However, although this may be reassuring news to the 3% of women over 35 in the UK who are eligible for the chemopreventive treatment, Tamoxifen is not licensed as a preventative treatment for breast cancer and doctors prescribing it for this purpose will need to take full responsibility for the course of treatment as well as obtaining documented consent from the patient in question.

As part of the same set of updated guidelines, the drug Raloxifene will also be prescribed on the NHS where necessary, having a similar mode of action to Tamoxifen, but being offered as an alternative that may be more helpful to older, post-menopausal women. Raloxifene is currently licensed for treatment of osteoporosis and is more expensive than Tamoxifen, but still constitutes a cost-effective options for the National Health System, especially when considering the costs of treating breast cancer.

Baroness Delyth Morgan, chief executive of the Breast Cancer Campaign, says that while the decision represents a historic moment, these drugs do not have the same risk-reducing impact as undergoing mastectomy, while also potentially causing side effects.

While the announcement has been picked up as a news story by the majority of mainstream media outlets, we thought it would be a good idea to investigate the reactions and opinions of healthcare professionals in the UK, and used Creation Pinpoint to analyse what was being said about NICE’s decision.

Analysing tweets from UK healthcare professionals about breast cancer, we found that around 16% of them included the word ‘Tamoxifen’, with a spike in volume happening on the 25th of June, the day that NICE first published its updated guidelines.

Figure 1: There has been a steady level of conversation around breast cancer in the UK in June 2013, leading up to a peak on the 25th of June.

Unsurprisingly, the majority of the tweets posted on the 25th of June were related to the NICE announcement, with some doctors simply posting a link to the news story, while other healthcare professionals included their own opinion on the subject in their tweets. An example of different types of HCP tweets around the topic can be seen below.

Figure 2: While some digitally active HCPs chose to simply share links to the news story, many have also offered their opinion on the subject.

Ellie Cannon, resident GP for the Mail on Sunday, wonders who will be eligible for the drug, but before anyone replies, she posts a link that includes the answer to her question.

Patients and Doctors across the UK welcomed the Announcement but are concerned about the side effects: Information Gap?

The story is also being re-tweeted from media outlet Twitter accounts, with various stakeholders commenting on the decision. In the conversation below, Jo Taylor, creator of the After Breast Cancer Diagnosis website, adds a positive comment to the BBC headline tweet, which prompts a question from Lou J Smith, a breast cancer survivor who is questioning whether more widespread use of the drug will also cause a spike in ovarian cancer diagnoses, and is told to double-check the information on breast cancer charity websites. 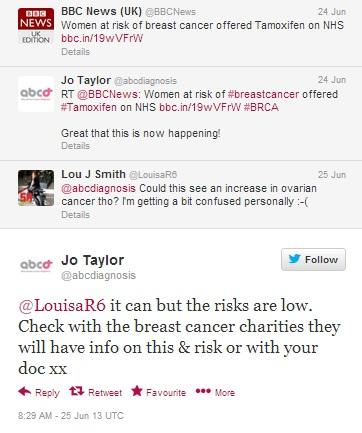 Figure 5: Jo Taylor, creator of After Breast Cancer, reassures another cancer survivor about the frequency of side effects Tamoxifen can cause. 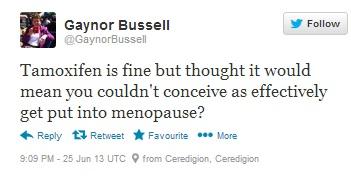 The tweet seen below, posted by the MacMillan Cancer Support Foundation, has been re-tweeted 30 times, including by a Boots pharmacy in North Ormesby, as well as Timesco, a manufacturer of medical products based in Basildon, but no Healthcare Professionals. This is not surprising, as while cancer charity websites are perceived as trusted sources of information, they tend to be relied upon almost exclusively by patients. 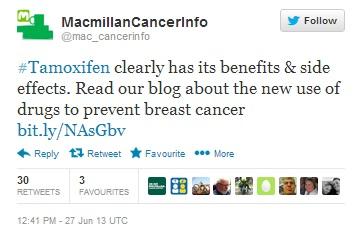 Despite being included in press releases and announcements, Raloxifene, the alternative to Tamoxifen, has not been tweeted about by healthcare professionals, returning only 1 mention. The image below shows a conversation between Alex Wintermute, a medical student, and @tablet_girl (name not given), a Junior Rotational Hospital Pharmacist based in the UK. Alex Wintermute comments on there being a second name on NICE’s list of preventive breast cancer drugs, although he could not recall it. 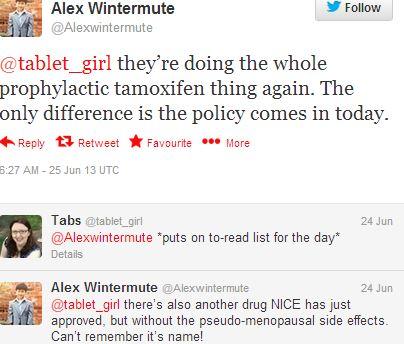 Figure 8: Alex Wintermute cannot recall Raloxifene’s name, although he know about it being used to manage pseudo-menopausal side effects. Full URL: https://twitter.com/Alexwintermute/statuses/349413431503372288

Doctor Christian Jessen, presenter of Channel 4’s ‘Embarrassing bodies’ and ‘Supersize Vs. Superskinny’ announces the news himself, also mentioning Raloxifene. This prompts 75 RTs and 22 favourites, as well as questions from patients who have some knowledge of the drug’s side effects, but are not sure how frequently these occur. 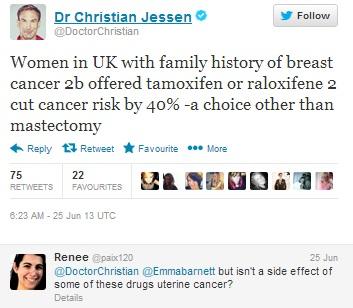 Figure 9: Dr. Christian Jessen is very active on Twitter and influential among patients, having gained 247 000 followers.

In the photo below, a pharmacist based in the Midlands expresses concern regarding ITV’s coverage of Tamoxifen, claiming it will bring in many concerned patients.

The number of conversations taking place on medical and/or HCP-run blogs is smaller than that of Twitter conversations on the topic of Tamoxifen, which is understandable, given that one of the microblogging platform’s most popular uses is sharing news stories via links – conversations on Twitter are much more immediate and collaborative than medical blog posts.

In the post below, Carolyn Rogers, a member of Breast Cancer Care’s clinical team posts an article presenting research that shows that taking Tamoxifen for 10 years instead of 5 reduces the risk of breast cancer coming back. However, this blog post was made on the 3rd of June, before NICE issued its updated guidelines on preventative breast cancer medication. 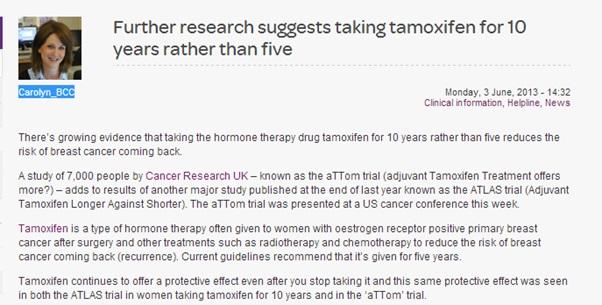 At first glance, it may seem like the majority of healthcare industry stakeholders who are digitally active are rejoicing at the thought of ‘at risk’ women being offered more options when it comes to managing their risk of developing breast cancer, and although the examples above illustrate a multitude of attitudes towards the announcement, it is becoming apparent that HCPs and other stakeholders involved in breast cancer care are looking for information beyond the news stories distributed by national media. There is an information gap with regards to Tamoxifen’s side effects, a subject that has not been covered as thoroughly as it seems healthcare professionals would have liked it to be.

Using Creation Pinpoint as a tool for analysing the attitudes and opinions of HCPs across the UK, we found that while healthcare professionals may be quick to comment positively on and spread the good news about Tamoxifen being offered on the NHS, media coverage of this development has not done enough to ease concerns about the drug’s side effects or its effectiveness compared to undergoing a mastectomy procedure, and HCPs will be quick to articulate this.

Creation Pinpoint is the world’s only tool dedicated to studying HCP conversations in public social networks where they are having collaborative, open discussions about medicine, treatment, and other clinical matters. To find out more about the kinds of insights you can discover using the tool, register for a free half-hour webinar held by our senior consultants by clicking on this link.