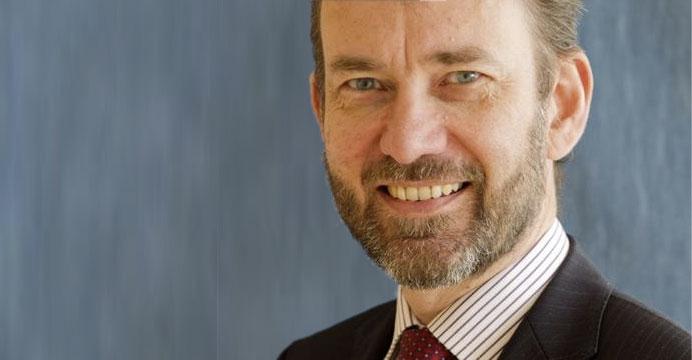 In the second of our ‘Three key insights‘ series, we speak with Philip Gardiner. Thank you Philip for your kind contribution here.

Philip Gardiner is a Rheumatologist in Northern Ireland. He has been one of the key contributors helping the rheumatology community embrace social media, through his ‘social media bootcamp’ guidelines, resources and links. He has also prepared content on how to get the most from social media at congress, including recently with the ACR 2014 Social Media Primer.

How and when did you begin to realise that social media might be valuable in your professional life?

I started out with a website in the late 90’s called ARTHRITISLink. It was an amateurish attempt to provide basic information for patients and GPs about the drugs we use. At the time there was very little out there and a lot of people sent me genuine emails asking for more information. I realised that it would take a lot of time to keep a site like that up to date and respond to people, so when major charities came online I stepped back from that space and took the website down.

About 3 years ago I was chatting to Ronan Kavanagh (a friend and colleague from years back when we were trainees in Belfast) – and he persuaded me to sign up on Twitter and start blogging. I saw that Ronan and a small group of Rheumatologists were exchanging engaging and informative tweets using the #rheumedu hashtag. I found that I could engage and learn from colleagues across the world. If you are a busy clinician who lives over 75 miles from most of your regional colleagues you do appreciate being able to chat to people with similar interests. I also found my colleagues supportive in terms of retweeting, favouriting and sometimes challenging my tweets (mostly to give the evidence to support my tweets). I have also found that I can discuss ideas with patients, technical experts, nurses, physiotherapists and experts in their field.

Can you tell of a personal ‘valuable lesson learned’ about social media that you would like medical peers and students to be aware of?

A few weeks ago a respiratory physician asked me about a patient on biologic drugs who had died due to a type of infection (PJ Pneumonia) linked with immune suppressive drugs. Without mentioning details, I sent a tweet asking for opinions about routine prophylaxis for our patients on biologic drugs. Within a few minutes I had a reply from an expert in Norway who had published a paper on that very subject and from another colleague in England who is an international expert in Lupus. After the conversation I prepared a summary of our 20 minute impromptu chat on Storify so that I could discuss it with my colleagues at our next Morbidity and Mortality meeting.

What do you see (or hope to see) in the future of healthcare engagement and social technologies?

I would definitely like to see more clinicians become engaged on social media, although I would also really like to see a proper secure forum like Doximity in the United States. As more of our colleagues come along, I would like to have better filtering tools for the topics I’m interested in. I’d like to see a bit more space given for double/triple hashtags and the ability to do a combined search e.g. for #ACR15 and #Lupus and #rheumedu (as an example of a typical tweet from a conference). The recent meeting of the American College for Rheumatology (#ACR14) was a breakthrough event for Twitter use, aided in no small part by the live twittergrams/maps and twitter feeds beamed to every hall in between the meetings with Symplur analytics. I had great support from the British Society for Rheumatology for a social media session in 2013, and the ACR really supported us in that conference as well. Conferences are a great way for people to get started on Twitter, and there’s always a buzz of anticipation in finally meeting the people you know from online chats.

Twitter for doctors could be damaged for us if they start to push advertising from Pharma companies. Subtle promotion has happened at conferences where some companies have retweeted every single tweet automatically – Ronan managed to get this stopped at the ACR by getting the source blocked.

It isn’t hard to drown out the good stuff!