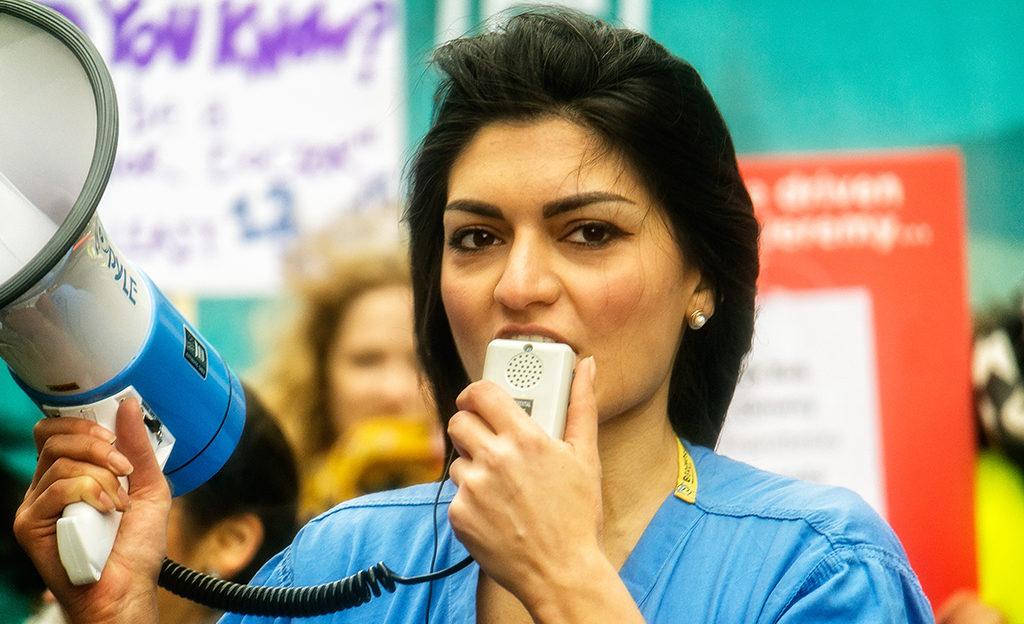 In my last article for this column, I looked at how doctors were talking about the EU referendum in the final days before the UK went to the polls. In the few weeks that have passed since then, the UK has seen political upheaval unlike any we have experienced in a generation. The UK public’s vote to leave the European Union; the subsequent resignation of Prime Minister David Cameron; and in the last few days the appointment of Theresa May as new Prime Minister all sparked much discussion among doctors. But perhaps the ultimate fuel for online conversation among healthcare professionals was the decision on 14th July to re-appoint controversial Health Secretary Jeremy Hunt to his role at the head of the nation’s health system.

Watching the political events of the past few days through the eyes of doctors and other healthcare professionals provides a unique and passionate perspective on the unfolding events from the eyes of those working daily on the ground in healthcare delivery.

Early in July, some HCPs pointed out that health secretary Jeremy Hunt was backing Theresa May for the Prime Minister’s role. “Yet another reason to stop May”, retweeted one nurse.

As soon as it was clear that Mrs May would become the new prime minister, some doctors talked of Jeremy Hunt being moved out of the cabinet. “I believe Jeremy Hunt will be reshuffled when Theresa May attempts to form a cabinet. Unless he imposes himself, of course”, tweeted an consultant psychiatrist, referring to Mr Hunt’s move earlier this year to “impose” a new contract on junior doctors.

Tom Riddington, an NHS doctor, started an online petition titled “Shuffle Hunt”, describing Mr Hunt as “a divisive Health Secretary who has presided over a period of unprecedented unrest within the NHS …alienated doctors… and threatens the future of the nursing profession…” 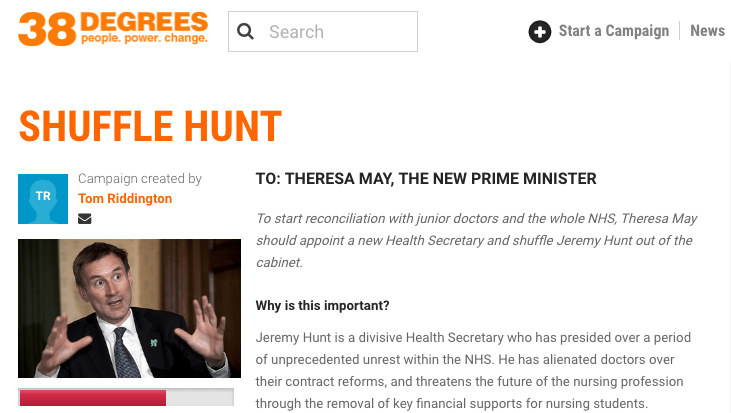 Other doctors echoed the same sentiment, expressing a hope that Theresa May will move Jeremy Hunt out of his role as Health Secretary

On the day of Theresa May’s appointment as Prime Minister, doctors became increasingly anxious about the future of the Health Secretary’s role. “For the love of God”, tweeted a junior doctor to Theresa May’s Twitter account, “whoever runs this account please ask Theresa to dump @Jeremy_Hunt from health”, adding Twitter hashtags #huntmustgo and #juniordoctors.

Hours before Mrs May announced her new cabinet on 14th July, the fever among healthcare professionals was still high, with fearful and passionate views summed up by an occupational therapist’s Tweet early in the day, describing her “…fear of the unknown…”.

Has @theresa_may got rid of @Jeremy_Hunt yet?! Fear of the unknown… At least we all know how much of an idiot JH is and that we hate him!

“Hope @theresa_may makes the right decision today”, tweeted a paediatric registrar. “@Jeremy_Hunt has failed in his role, lost the trust of the entire NHS. Time for him to go.”

Later that morning, confusion broke out as stories initially emerged that Jeremy Hunt had been sacked from Government. This news was praised by many healthcare professionals who thanked Mrs May and supported her decision.

@theresa_may @Jeremy_Hunt Whoop whoop – you got rid of him!!

As hundreds of Tweets continued to share and support the news of Mr Hunt’s reported departure from the cabinet, news broke that he had in fact been confirmed to remain as Health Secretary. Previously elated doctors instantly reacted angrily: “@Theresa_may has signalled that she doesn’t care about either #juniordoctors or NHS!@ tweeted an influential online GP.

By confirming that @Jeremy_Hunt stays as healthsecretary @theresa_may has signalled that she doesn’t care about either #juniordoctors orNHS!

Just a few minutes later, Jeremy Hunt himself sparked a noisy Twitter response when he expressed his delight at remaining in the cabinet: “’Reports of my death have been greatly exaggerated..’”, he quoted. “Thrilled to be back in the best job in Government”.

.@Jeremy_Hunt Only because nobody else wanted to do it. You still don’t have the confidence – or the support – of NHS staff, or patients.

First to chime in among thousands of responses to Mr Hunt’s Tweet was Welsh propofologist Dave Jones, whose tweet stating that neither NHS staff or patients supported Jeremy Hunt was widely shared – at the time of writing this piece just ten hours later, it had been retweeted more than 400 times and liked more than 1,100 times, with hundreds of responses.

For healthcare professionals, social media has become a tool for learning and sharing, and for collaborating with their peers in real time, often throughout their working day. When news breaks that is important to them – whether it is a leadership issue like the appointment of a health minister, or doctors’ reactions to news about a medicine – their response on social media provides an immediate picture of their developing perceptions.

The opportunity for healthcare companies and organisations is to listen and learn what is important to the healthcare professionals who they serve.