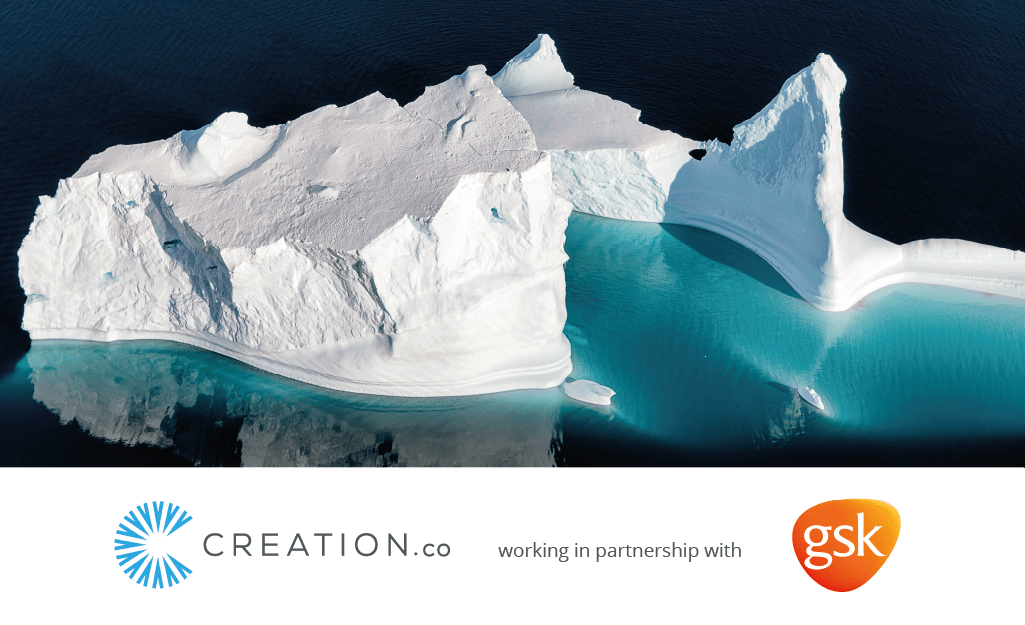 CREATION.co has been working in partnership with GSK to gather insights in the area of planetary health. A social media study was conducted to explore the information being shared in relation to planetary health, in order to test its validity and discover the level of misinformation circulating online in the area.

Misinformation and disinformation have become rife in conjunction with the rise of social media. Following the volume of misinformation online the World Health Organization (WHO)  started a campaign to ‘flatten the infodemic curve’. The amount of information, often conflicting, about COVID-19 being published on a daily basis across the internet was at times overwhelming for some.

The misinformation relating to COVID-19 did not only pertain to the nature of the disease or how it was being handled globally but also theories that if viruses, including COVID-19, cannot survive above certain temperatures then global warming is actually positive started to make the rounds online.

The idea that ‘global warming will save us from COVID-19’ is a dangerous one and as not all of the information shared relating to the pandemic was reliable the WHO published tips for telling the difference between accurate and inaccurate information in order to stop the spread of misinformation.

The types of misinformation

In 2017 researcher and strategist Claire Wardle of First Draft argued for seven distinct types of problematic content. These ‘7 types of Mis- and Disinformation’ as defined by anti-disinformation organisation First Draft, have been seen throughout world news, the global pandemic, politics and the health of our planet has not gone unscathed. 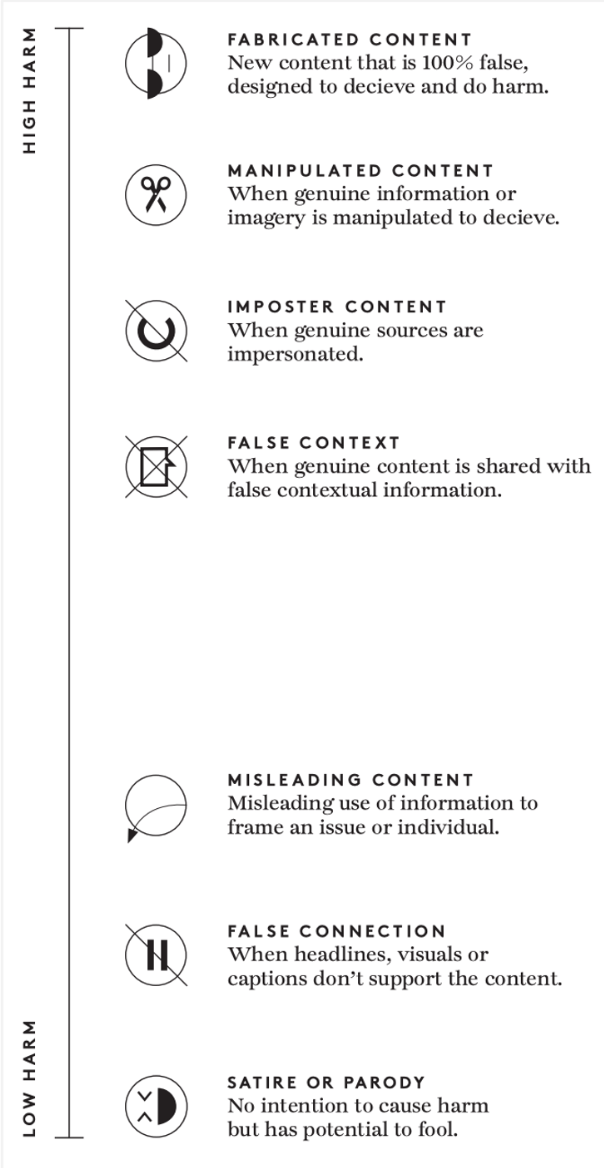 Misinformation can be observed in the planetary health and climate change conversation ranging all the way from low harm to high harm. There are posts that are simply satirical but many demonstrate a false connection or context or share misleading content.

Some of the most widely shared themes debated the scientific value of various groups and reports. The United Nations Intergovernmental Panel on Climate Change (IPCC) publishes Assessment Reports giving updates on the state of the health of the planet at regular intervals.  Over the last ten years these reports have given unequivocal evidence for the increasing climate, the responsibility of human activities on this and the relatively small impact of natural processes on this. Following these reports various posts on social media as well as articles on blogs were shared claiming the IPCC reports were unscientific. 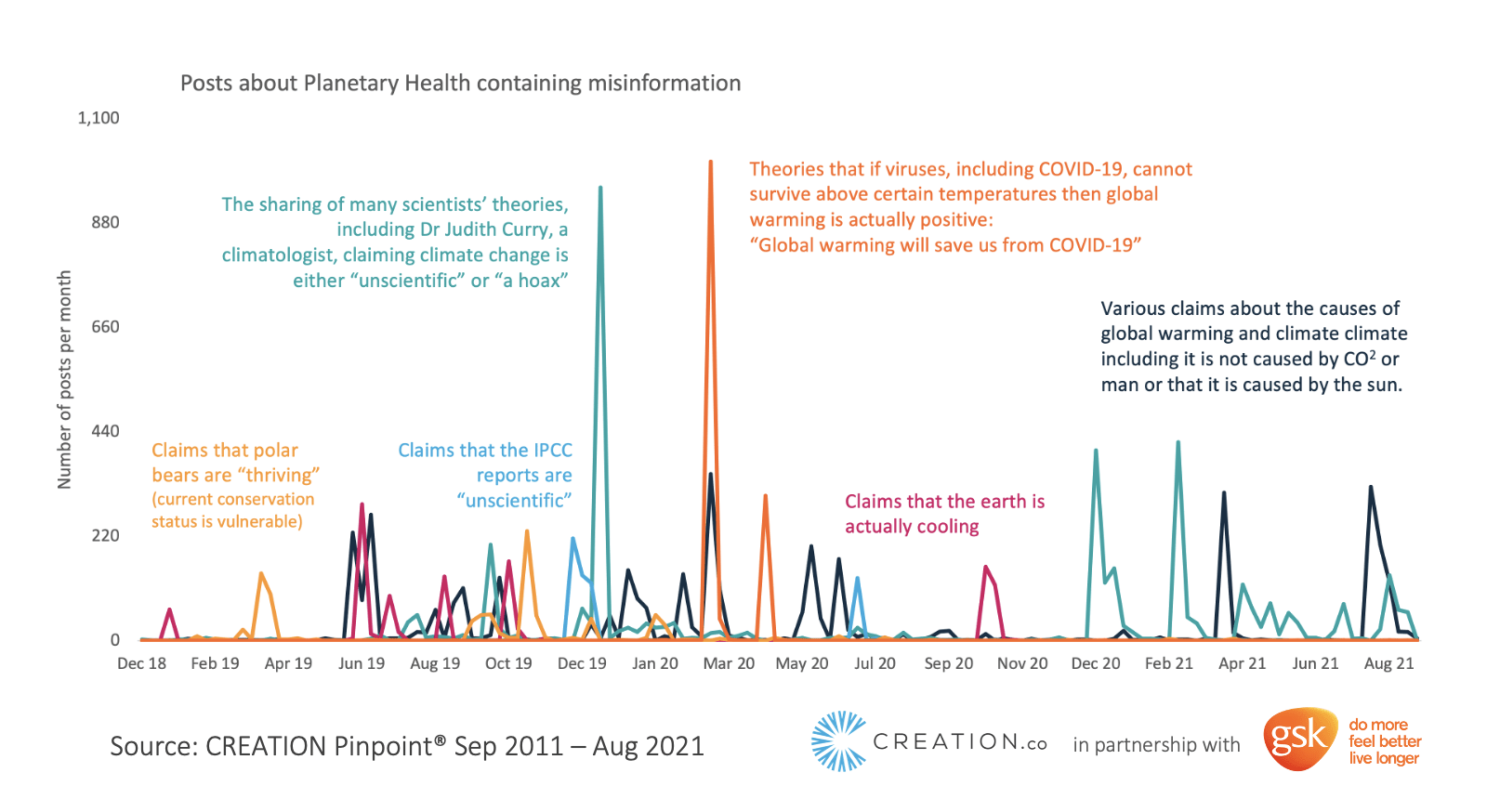 More incredible stories such as that the earth is actually cooling (as seen online in mid-2019 and then again in October 2020) or that polar bears are actually thriving – their current International Union for Conservation of Nature conservation status is vulnerable – are sometimes easier to spot as misleading. However often the nature of fake news online is that it is often difficult to distinguish from the truth. Sometimes misinformation is classified as such due to a false context or a false connection, such stories when shared as the opinion of a scientist can be easily interpreted as truth.

At the same time as false reports trying to discredit the research of scientific organisations, the theories of many scientists’, including climatologist Dr Judith Curry, were being circulated online. These scientists had claims about climate change ranging from it being ‘unscientific’ or a ‘hoax’.

The causes of climate change are becoming increasingly well documented and proved scientifically, including in the latest IPCC report. However, the drivers behind global warming were also subject to a number of fake news stories online. The false stories about the cause of climate change have been appearing online for years, most recently including that climate change is caused by the sun and that it is not linked to carbon dioxide or the activity of man.

We have seen the harm online misinformation can cause, and it still makes headline news on a regular basis. As we continue to battle the present crisis of the health of the planet and its effect on human health, it is paramount that accurate and helpful scientific information be shared, and fake news be curtailed. There is an opportunity for the healthcare industry to play a role in the production and curation of strong evidence-led information. If large corporations backed initiatives with their resources this could lead to a tangible change in the health of our planet, which would in turn lead to improved human health, which is what we are all striving for.

Queries in English (regional spelling considered), German and Japanese were formed to capture posts which match both planet health and human health keywords. Queries were run against a data warehouse of 90+ million sources, including blogs, forums, news, Twitter and Reddit. 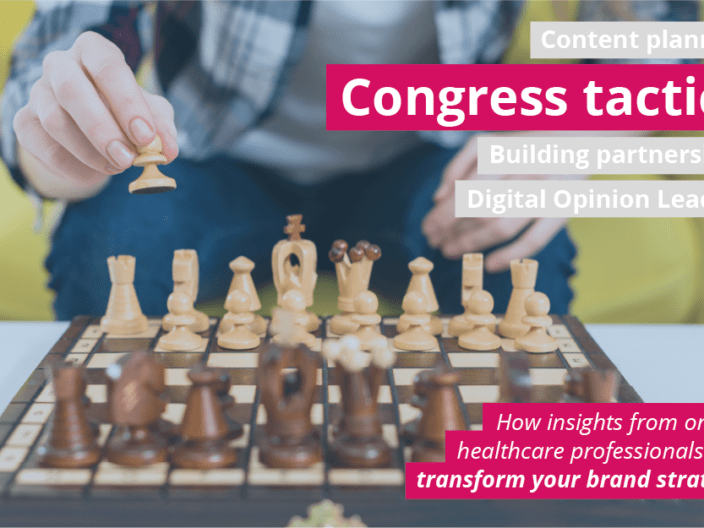 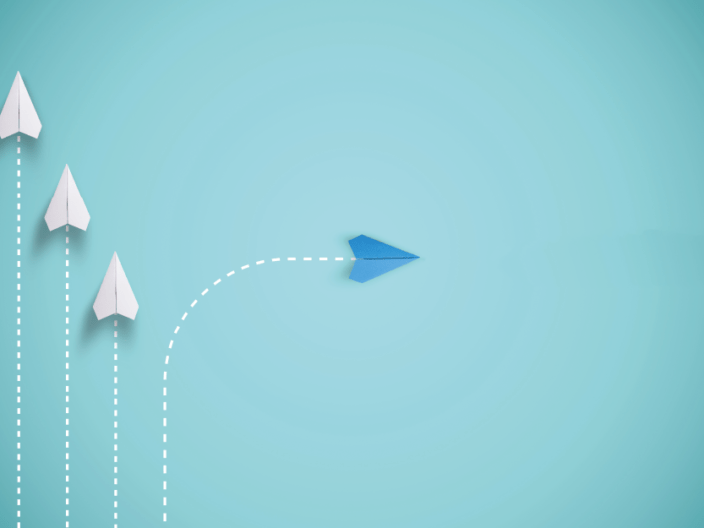 COVID-19 has transformed our work for good

Through digital insights, we have advised clients on physician behaviours and needs