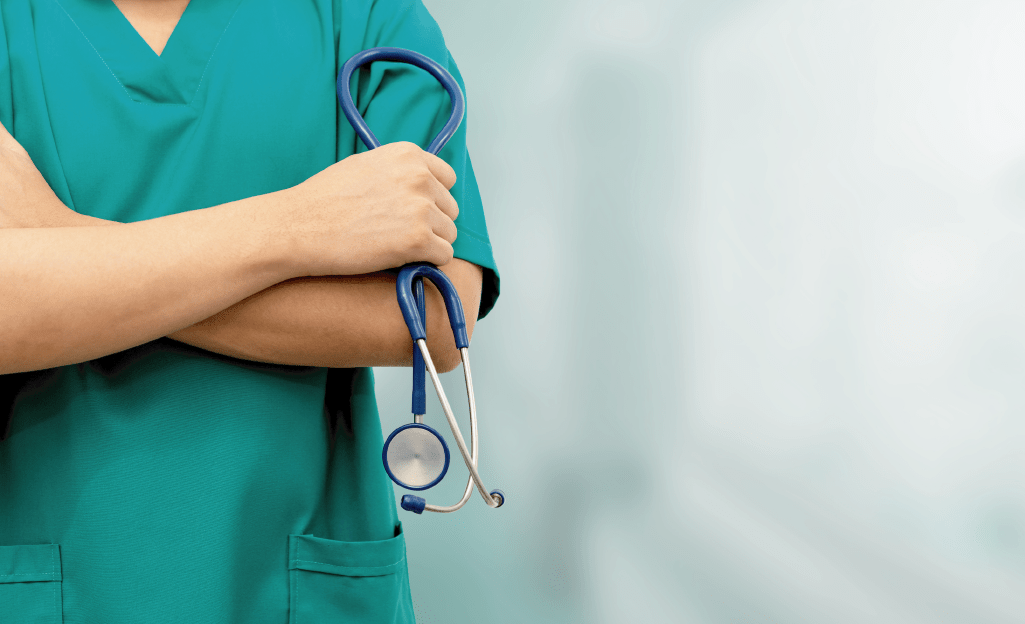 From medical students and junior doctors to consultants and general practitioners, it is understood that the rate of suicide in the medical profession is higher than that of the general population, with reports showing female doctors to have 2.5-4.0 times increased rate of suicide than peers in other professions. This is a topic currently getting more and more awareness as statements are released and healthcare professionals (HCPs) are coming forward to share their experiences online and advocate for better physician wellness and practice. The effects of mental health issues do not discriminate and, even with incomplete data, it is clear that HCPs are not without risk.

A British Medical Association survey found four in 10 of the HCP respondents reported experiencing symptoms of depression, anxiety, burnout or other mental health conditions that impacted their work. The BMA data gives an overview to the problem, but HCPs online who share their personal perspectives are providing a profound and firsthand side to the story. Physicians exist in a capacity where the lives and wellbeing of others are in their hands, but the stigma of mental health often means they themselves do not seek help when struggling. This discrimination keeps these truths under wraps for fear of the general population catching knowledge that their caregivers are “weak” or “vulnerable”, and even the doctors themselves are concerned to lose their medical licence if they are shown to be at risk.

I took time to investigate these various issues that contribute to the high rates of suicide among medical professionals. Using CREATION Pinpoint to look at HCP conversation online over a period of 5 months (January-May 2019), 35,565 HCP-authored posts were found worldwide in English language relating to HCP mental health, from which four key topics emerged, authored by 11,890 HCPs.

Despite doing what can be incredibly rewarding work, HCPs are under immense pressure to succeed from not only themselves and their peers, but throughout the hierarchy; medical professionals at various stages of their careers have reported contention and harassment, to various degrees.

Many have cited an education flaw, calling for a systemic change to occur in the training of HCPs.

Shaming and intimidation are not uncommon and doctors, nurses and medical students have used social media platforms to call out such behaviour in an attempt to break the stigma and the cycle of bullying. A hugely popular Instagram post from humansofNY in December 2018 detailed the experience of an anonymous medical school graduate who had felt threatened and mocked by their teachers. They wrote “I think they went through hell when they were students, so they feel like they should put us through hell.”

Over a third of the conversation around workplace bullying was in relation to nursing. Nurses were vocal online about their experiences of ill treatment from peers and superiors. One nurse started a conversation around healthcare bullying, encouraging fellow nurses to share their stories using #NursesAgainstBullying. The post received 46 likes and had over 30 replies.

The prevalence of these conversations was not limited to Twitter, but the issue is significant enough to have received official responses from various national entities. The American Medical Association, Royal Australian College of Surgeons (RACS), British Medical Association and World Medical Association (to name a few) gave their insight to these affairs, from providing statements to instigating action. The BMA called for policy change in the NHS and RACS created a campaign (#OperateWithRespect), appealing for an end to bullying, discrimination and sexual harassment in surgery. This came alongside a training course to provide education against this long set culture in order to break the cycle. The campaign was well received by HCPs who publicly endorsed it online, yet some were unsure at the possibility of change.

Physician burnout is inherently related to the stressors of the job: long work hours, reduced sleep, repetitive and arduous tasks as well as being subject to bullying and the emotional burden[MOU1] . The imbalance of giving and receiving in the job leaves HCPs with little reward for their maximum effort. The ramifications of burnout extends beyond the wellbeing of the affected physician to affect patient care and the healthcare system more widely. In Medscape’s 2019 physician burnout report, 44% of HCP respondents reported experiencing burnout.

In a blog article written by a medical student, this growing epidemic was shown to start early, not just becoming a problem towards the end of a doctor’s career, as one might expect. She raised the issue of supervisors down playing burnout as an inability to handle stress, again highlighting the intimidation and bullying endemic at even the most junior levels of the profession.

Similar to workplace bullying, physician burnout affects people throughout their career and it can be manifested in various ways. Burnout for one physician may look completely different to that of another, making it even more crucial to be aware of the symptoms and act upon them.

As well as sharing experiences and offering support, HCPs emphasised the requirement for systemic change in order to see improvements in physician burnout rates.

Emotional burden, moral injury and compassion fatigue are terms for the symptoms that may be experienced by burnt out and bullied HCPs. Doctors are becoming overwhelmed and consequently unable to care for patients despite medicine being a care-oriented profession. Day in and day out treating chronically or terminally ill patients, facing the breaking of bad news to family members or having someone’s life in your hands is bound to take its toll on those in the healthcare industry.

This returns to the intrinsic pressure of caring for others, which becomes near impossible if not caring for yourself or being cared for by the organisation you work for. For doctors and nurses who enter a high-pressure system of immense expectations and painstaking responsibility, it is imperative they have a support system and are able to share the burden that is placed upon them.

In a recent podcast discussing research on physician suicide, Dr Joy Albuquerque and Dr Sarah Tulk discussed cultural aspects of medicine which, intentionally or not, enforces that if HCPs are struggling or

have problems that they keep it to themselves and avoid talking about oneself. There is an expectation that a doctor “gives oneself to one’s profession”, thus avoiding or ignoring the negative effect it may be having on their life as a whole. This stigma that exists in medicine, (in some cases, self-stigmatisation) makes HCPs less likely to seek the help they require, before even considering the role reversal that would be required for a doctor to self-admit and become a patient.

Bullying, burnout and burden pose a significant challenge for the mental health of HCPs today and contribute to the high rates of suicidal ideation in the profession, as they attempt to balance their intense workload with self-care. It is imperative to understand and endeavour to improve physician wellness as it has a direct effect on the treatment of patients who are coping with their own struggles. Whether a doctor, nurse, educator or learner, we are all humans and should not feel scared or guilty to admit when we are struggling. It does not make one less professional, but simply more human. This vicious cycle needs to be challenged and eradicated at every level of the healthcare system, from individuals and education to policy making and governing bodies. Every time we share our own journey, whether online or in person, we break down stigma and make it easier for the next person to seek help.

The mental health conversation online is vast and growing daily, as people from all backgrounds are finding a new openness that social media encourages to share their story and offer support to others. HCPs can positively contribute to this, as discussed in my previous article showing the benefits of social media in the light of mental health. The volume of online conversation among HCPs shows there is a need for change; something must shift – perhaps in the workload and expectations placed on HCPs – but first and foremost, we should check in on our peers and not be afraid to share where we’re at.

How to get support: The BMA lists organisations who can help medical professionals with mental health concerns. 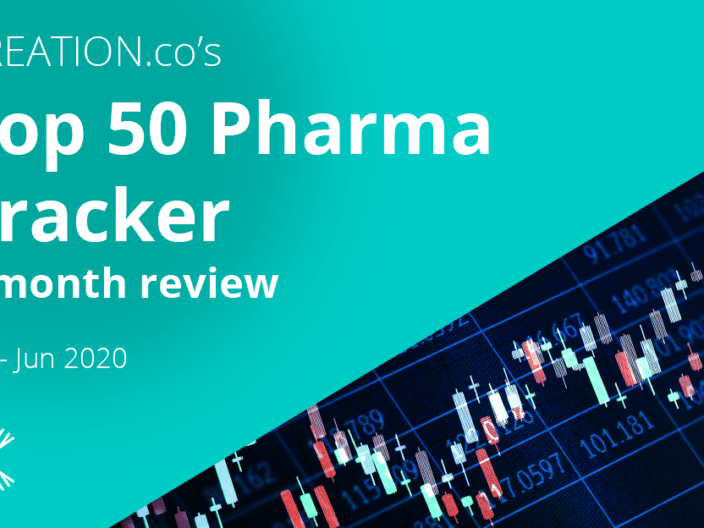 Primed for digital transformation in 2020: Learnings from HCP online engagement with Top 50 Pharma 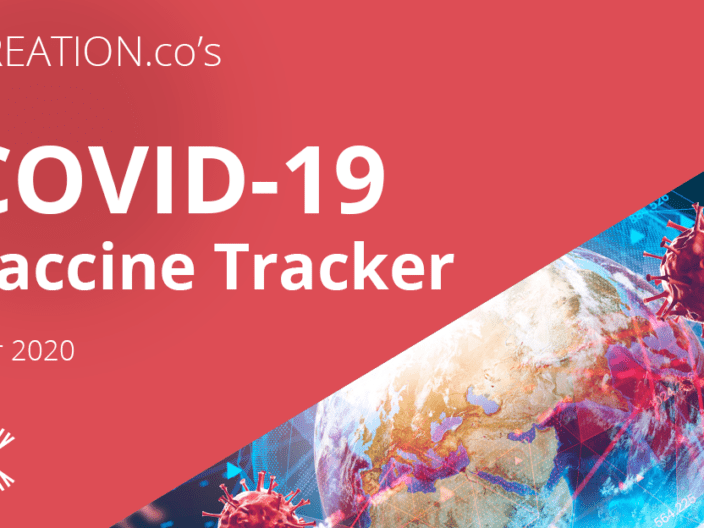