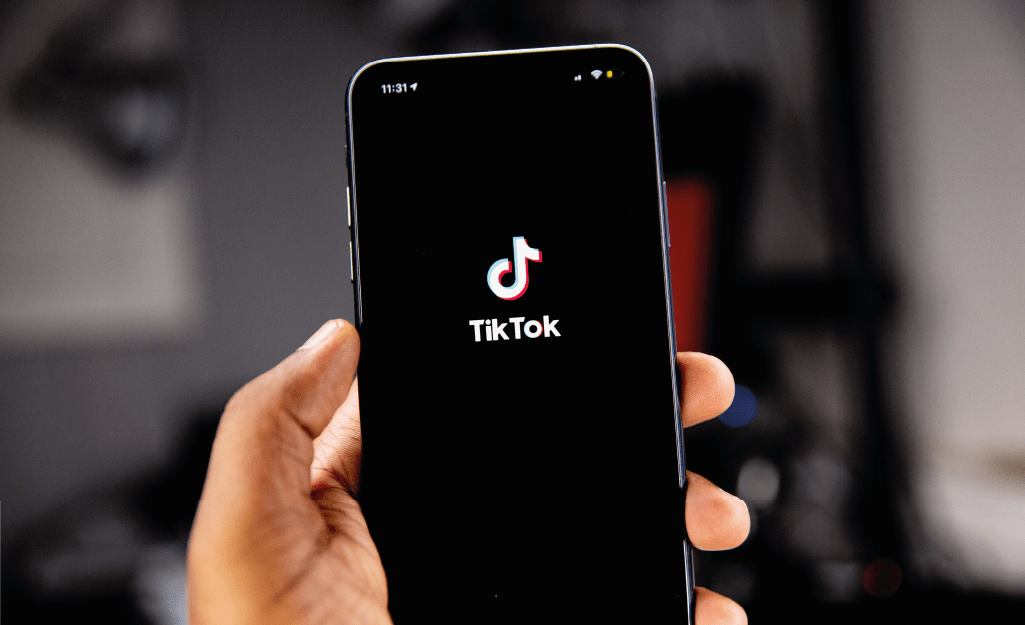 Social media analysts have found healthcare professionals (HCPs) are increasingly turning to TikTok to educate the public on topics such as painkillers and breast implants as well as to thwart COVID-19 misinformation.

CREATION.co and its database of 3 million HCPs’ social media profiles worldwide has found viewers are flocking to doctors’ and medical lecturers’ TikTok channels for videos on vaccination rates, advice on how to get into medicine, and discussions of diversity in the healthcare sector.

TikTok offers a unique opportunity for HCPs to post short form video content to a broad (and often younger) audience than their tighter peer communities on Twitter or LinkedIn.

The audience on the social media platform has been expanding in leaps and bounds since its inception in 2016, acquiring over 1 billion annual users by 2021.

“Social media is not only a great way to distribute health knowledge, it is absolutely imperative in 2020. ‘Serious and complex’ topics can impact everyone, and without trained individuals to interpret that information, medical misinformation could wreak havoc.”

The most followed doctors identified by CREATION.co’s health insights consultant Mary Kangley include: 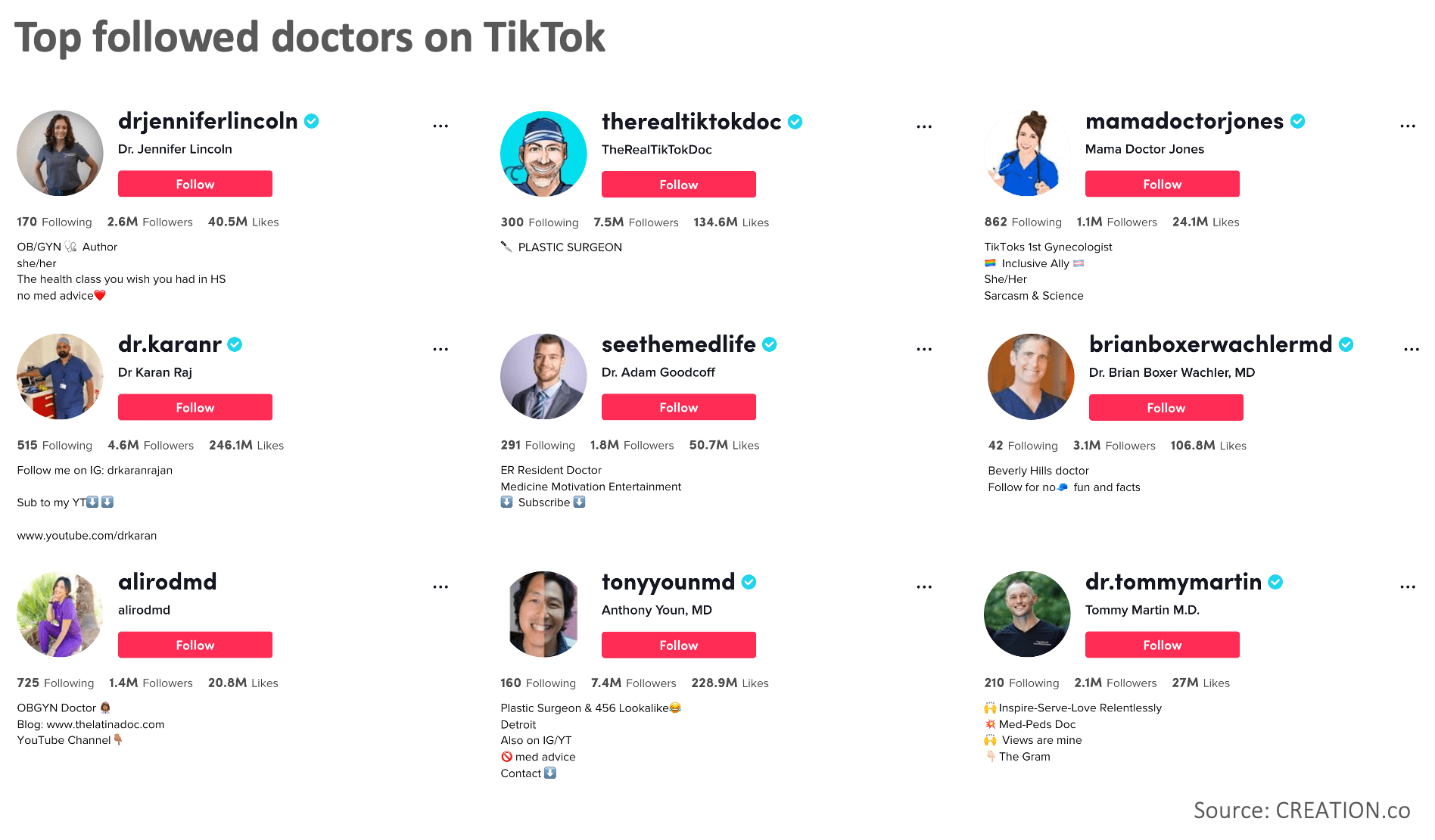 The increasing number of HCPs using TikTok to create videos,often using the hashtag #MedTok, shows the medical community is spreading across social media platforms. HCPs have up until now favoured Twitter, where 5,000 tweets a day are still posted under the #MedTwitter label.

Tackling misinformation a top priority for HCPs on TikTok

NHS general surgeon and clinical lecturer at the Imperial College London and University of Sunderland Dr Karan Rajan posts on TikTok as dr.karanr and a large proportion of his videos answer viewers’ questions about various medical issues.

Rajan has also used his platform to fight against COVID misinformation, such as when he directly called out fake news about the so-called ‘Deltacron’ variant, a strain supposedly combining the ‘Delta’ and ‘Omicron’ coronavirus variants.

Third year medical student, Josefine Holum (@josefineholum) has even worked with brands such as DiagnosUs on videos quizzing viewers to diagnose benign or malignant skin cancers.

TikTok shows viewers how to break into medical careers

CREATION.co also found HCPs using TikTok to share advice on how to get into medicine. Dr Shonna MissyMe, an anaesthesia resident who posts as @shonnamissymehd, frequently shares medical school and career advice to her almost 175K followers. Her advice spans from the best pre-med courses to choose, to application and interview tips.

Diversity in the healthcare profession is another area of interest for HCPs on Twitter: In 2020, Dr Emeka Okorocha, an emergency physician from London, went viral after posting a video asking viewers that if they celebrate him in his scrubs, to not hate him in his hoodie. The video sparked articles and responses about racism and discrimination in the workplace, adding to the broader conversation happening online and offline about equity in healthcare. 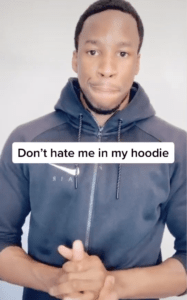 WHO in on the act

Healthcare professionals’ example is being picked up and followed by industry stakeholders, eager to target the younger audiences which TikTok attracts. The World Health Organisation (WHO) has successfully leveraged their TikTok platform, often with expert HCP collaborations, to educate on a variety of pertinent health issues.

Commenting on the insight, Daniel Ghinn, CEO and Founder of CREATION.co said:

“HCPs from all backgrounds and career stages can use TikTok’s broad platform to present unique perspectives and provide correct information in an attention-grabbing and accessible way to the younger generation. On top of Twitter and LinkedIn, TikTok is a great addition to the healthcare sector’s public engagement arsenal.”

CREATION.co provides insights and consulting to inform health strategy, communications, and policymaking among some of the world’s largest healthcare companies, government organisations and NGOs.

This is made possible through CREATION Pinpoint®, the world’s only AI-powered global database of more than 3 million healthcare professionals’ social media profiles, analysing the collective intelligence of almost 2 billion social media posts by professionals on the front lines of healthcare.