Recent studies show that nurses are among the most active medical professions online, and they are frequently looking for new ways to be able to connect with their peers through social media. After Teresa Chinn (@agency Nurse) started a virtual community of nurses in public social media called ‘WeNurses’ to facilitate better communication between nurses, it began to quickly gain popularity through its Twitter account and regular virtual chats. Now named WeCommunities, the model has expanded beyond nurses, and has become a thriving community for healthcare professionals and other individuals passionate about health. While there are a large number of dedicated community sites aimed at the online healthcare professional population that utilise a wide variety of platforms for user interaction, WeCommunities sets several great examples that are worth highlighting. 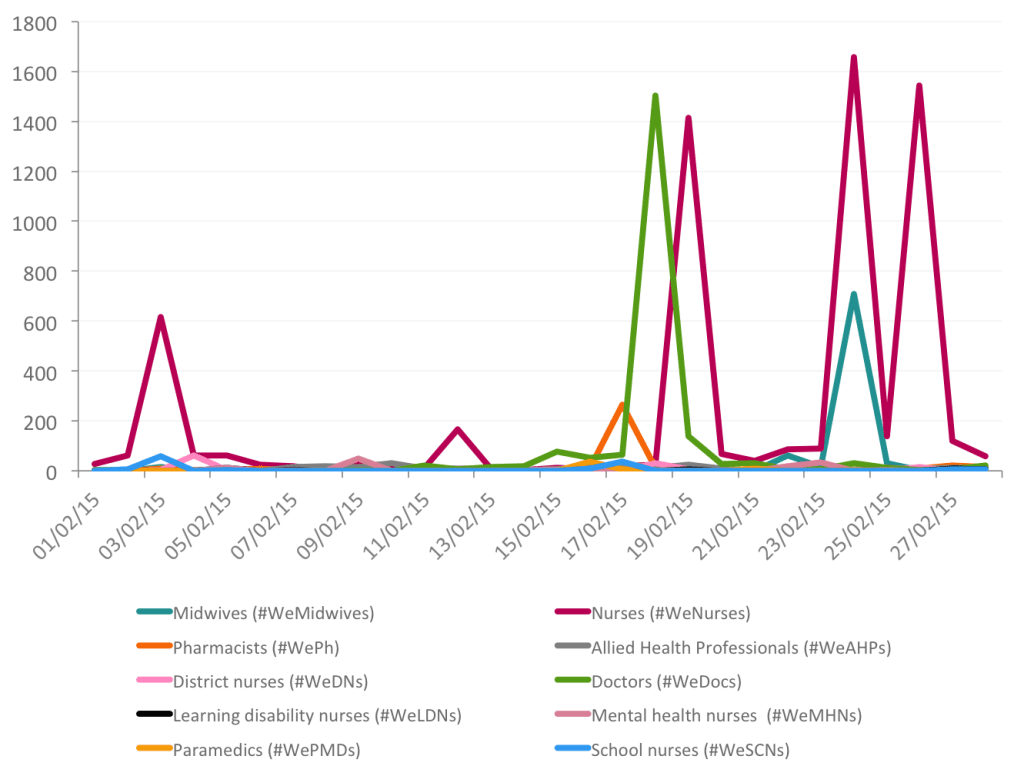 WeCommunities hashtags used in February 2015 indicate when chats were being held, including a cooperative #WePh case study about a COPD patient on February 17. 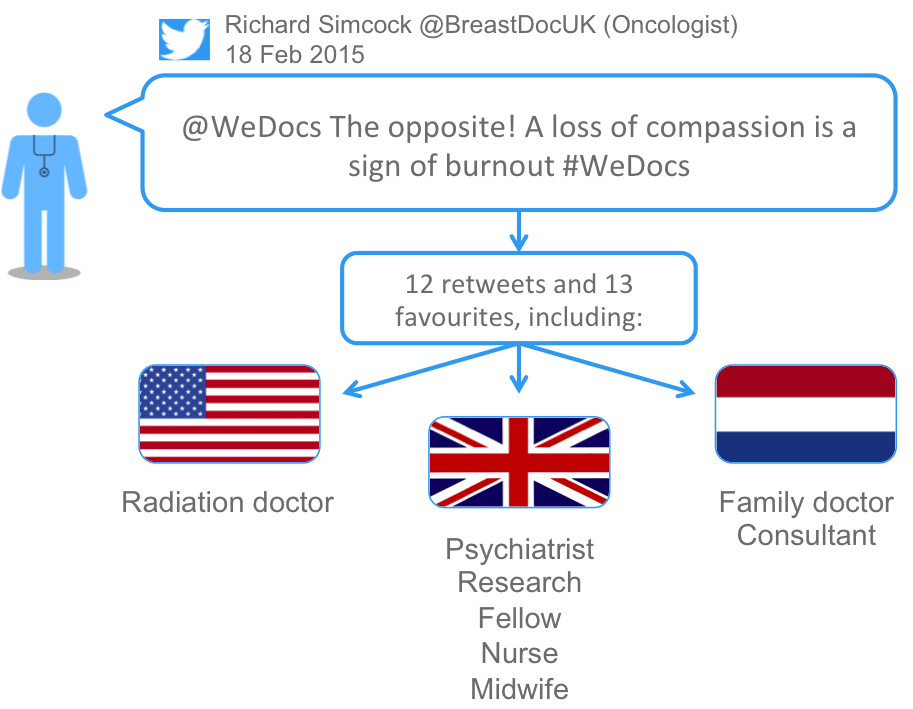 A #WeDocs tweet reaches an international and diverse audience in the USA, UK, and the Netherlands.

We are very excited today at weCYPnurses HQ as tonight is our very 1st chat. It would be great if you could join us! pic.twitter.com/erT8rAaN59

@Bartontd I am trying to set up a mentor/student/academic board at uni to share best practice and regular reflection sessions. #wenurses — Rara Rouge (@rararougemakeup) February 26, 2015

3rd year nursing student in Glasgow is inspired to set up a nursing panel at their university.

WeCommunities has assisted a number of organisations in the UK.

It is inspiring to see how passionate WeCommunities participants are about their daily work and their online engagement, which will ultimately benefit patients and practitioners alike. As digital technologies become more common in medical settings, support and education around social media becomes a fundamental part of maintaining the spirit of innovation in health, and this is a community that embodies that spirit.