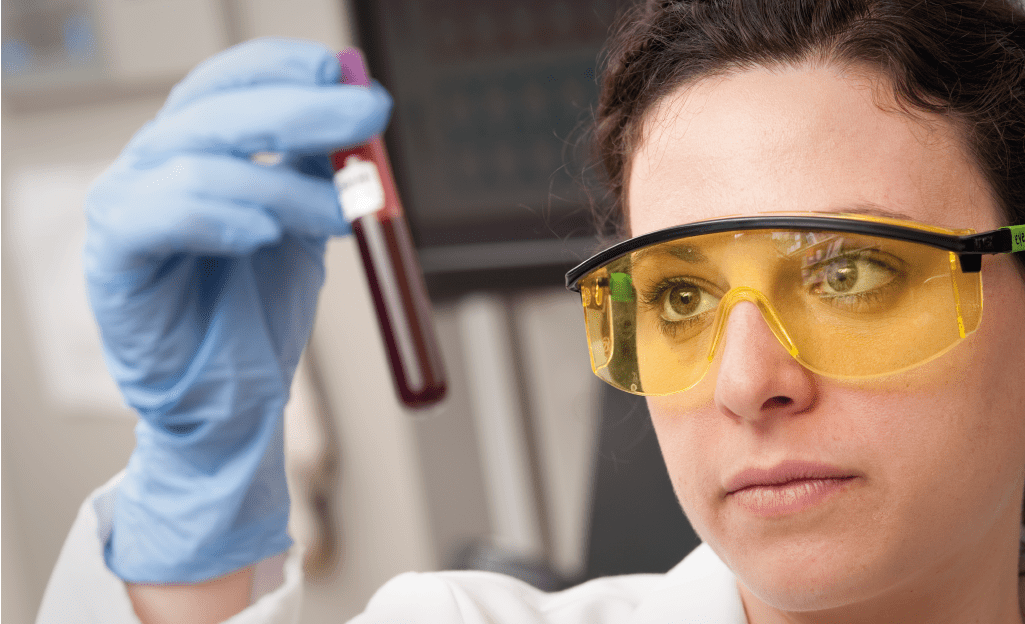 In the UK, around 6,000 people have been diagnosed with haemophilia, with type A being the most common. Globally, it is estimated that 1 in 5,000 and 1 in 30,000 men have haemophilia A and B respectively. As in other rare disease areas, we are seeing healthcare professionals (HCPs) with an interest in haemophilia heading online to connect with other specialists – both in their own markets and globally – to discuss the therapy area, regulatory changes and the evolving treatment landscape.

In particular, there is growing excitement amongst HCPs about the potential of new treatments not only to manage, but also to effectively eradicate, the risk that haemophilia poses to patients.

Existing treatments for haemophilia aim to limit serious or life threatening bleeds, with patients with severe cases receiving weekly injections; and patients with milder forms of haemophilia receiving ‘on demand’ treatment as bleeding occurs. However, over the past twelve months, we have observed that a significant proportion of online haemophilia conversation amongst UK HCPs has focussed on new and emerging treatments: 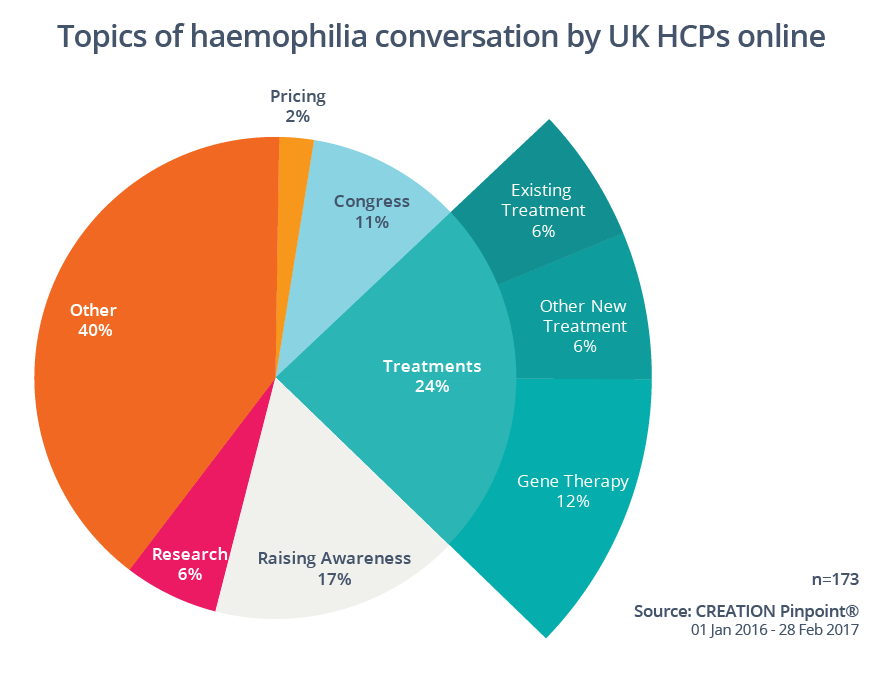 With the dawning of new and promising gene therapies in both haemophilia A and B, HCPs have taken to social media to express their excitement at recent trial results.

Engaging story of gene therapy success for Hemophilia B https://t.co/4WRiXgMt2a

When speaking about specific gene therapies online, UK HCPs were most interested in BioMarin’s (BMN 270) trail in haemophilia A which gained the largest share of voice with HCPs eagerly tracking BMN 270’s progression. Youssef Sorour, a haematologist in Sheffield, retweeted “Amazing gene therapy results in hemophilia A. Potential true cure achievable” Spark Therapeutics and uniQure’s gene therapies were viewed with similar optimism their gene therapies in treating haemophilia B. 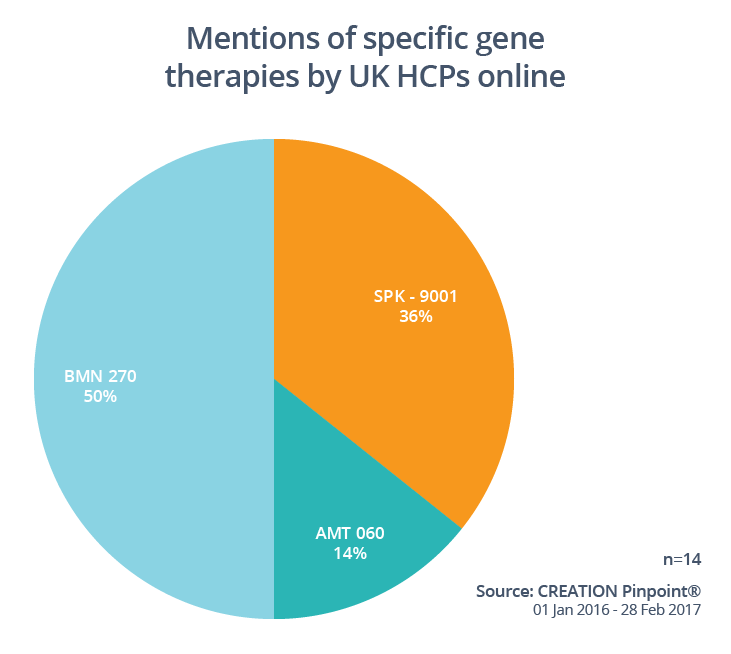 There is a clear sense of optimism about the results of these trials, that look set to revolutionise the way in which haemophilia is treated. In fact, we found no evidence of HCPs expressing anything other than optimism towards emerging gene therapies for the treatment of haemophilia. When looking further afield at the global haemophilia conversation, this positive sentiment among HCPs remained true, reflecting the current strength of enthusiasm among HCPs about what these new treatments could deliver for patients.

With gene therapy trials pointing to many advances in the treatment of haemophilia, UK HCPs are already starting to discuss the various gene therapies that will be coming to market in the near future. It is safe to say that the landscape for treatment is going to change significantly in coming years, and HCPs will undoubtedly play a key role in steering both online and offline public perception to this new treatment as far as viability and efficacy are concerned.

Find out more about how HCPs influence the online conversation around a therapy area or product, or contact us to hear how you can unlock HCP insights for your brand.