As 2013 draws to a close, I have put together a list of my top-ten favourite pharma social media ‘firsts’ of the year – new things that pharmaceutical companies have been doing in social media.

It’s been a year packed with new ideas, channels, and lessons learned. The top-ten firsts I have included in my list are not necessarily the most successful social media initiatives, but every case, whether through purposeful innovation or accident, is an opportunity for us all to keep learning.

In pharma social media, this list is where the new ground is being taken in what is still a challenging environment for regulated pharmaceutical industry.

Here’s what pharma did for the first time in 2013: 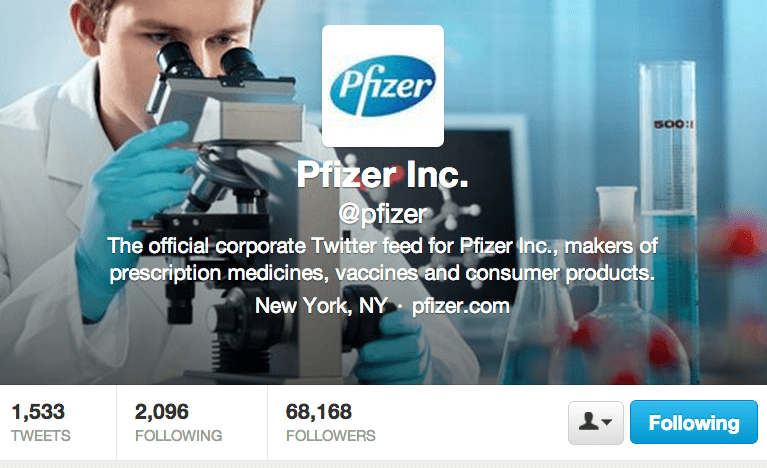 Pfizer cleaned up its Twitter name this year by acquiring the rights to @pfizer, which replaced the somewhat awkward @pfizer_news handle it had been using for its official Twitter presence since joining the platform in 2009. Four years ago, the company was too late in the Twitter game to register its own name, which had already been taken. Now, with the name reclaimed, tweets from @pfizer really are from Pfizer.

In a statement, Pfizer said the name change reflects the broad nature of official content it shares on Twitter: “…our content won’t be changing – our Twitter handle will just more accurately reflect the scope of what we’re sharing.” 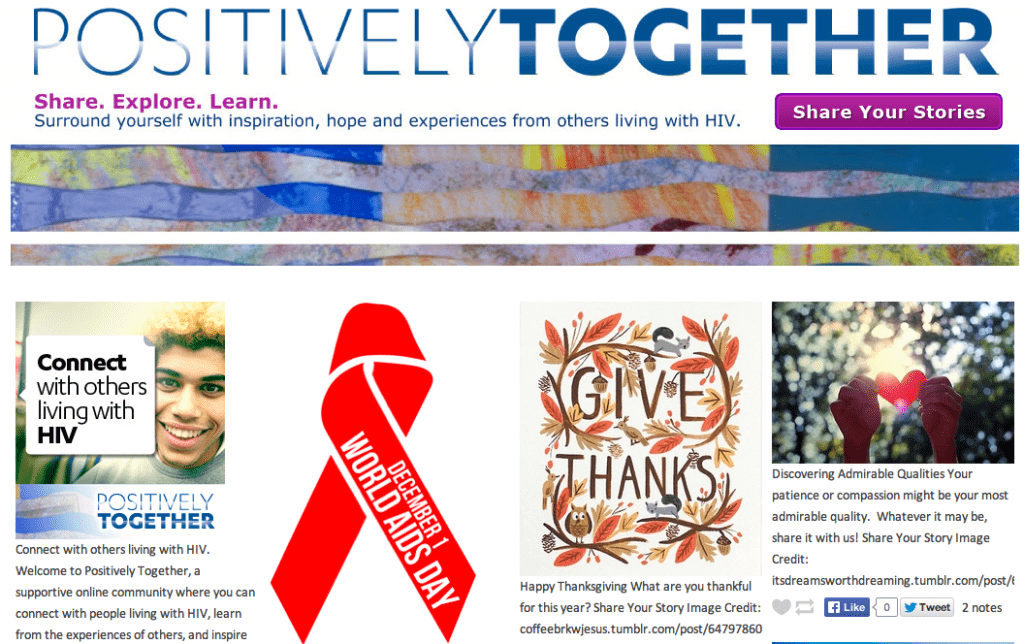 This year, Janssen launched an initiative on social networking site Tumblr to engage people living with HIV. The “Positively Together” Tumblr profile encourages users to “Share Your Stories” and includes a range of media on the HIV theme.

Content shared by other users is vetted before being accepted, and must comply with Janssen’s guidelines. “The content contained on this site comes from members of the public and does not necessarily reflect the views of Janssen, and no endorsement or approval of their content should be implied”, read the content guidelines. As it happens, most of the current content to date has been shared by the Positively Together team, indicating that perhaps the initiative has yet to gain real traction on Tumblr.

Tumblr is a microblogging website for sharing images, video, music and comments that has over 100 million users and boasts around 70 billion posts. That’s a lot smaller than the number of users on Facebook, but with reports this year that US teenagers are moving away from Facebook in favour of other platforms like Tumblr, Janssen might just be on to something. My guess is that the company is a little ahead of its time, but that’s not a bad thing at all. 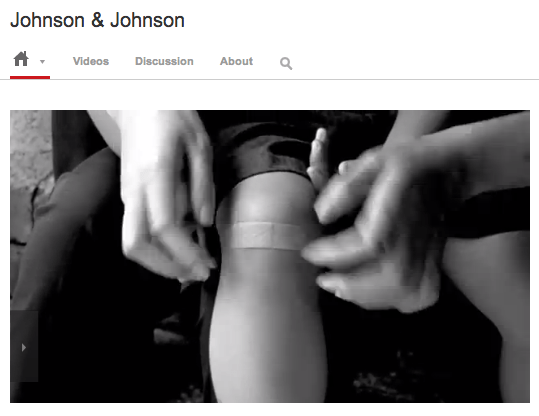 Johnson & Johnson has provided many social media firsts in the past, and here’s one that comes after years of pioneering engagement: in 2013, the total number of video views on the company’s YouTube channel exceeded seven million.

This year alone, Johnson & Johnson has already added 77 new videos to the channel, which have contributed almost 50,000 new views. And its extensive legacy of content continues to engage – the three most popular videos on the channel have been viewed a total of almost 1.5m times between them.

To be fair, although I have often referenced the company’s innovation in social media, Johnson & Johnson’s products span far more areas of healthcare than pharmaceuticals, and its consumer health brands provide a friendly face for engagement.

Currently on the channel’s home page is a video from Johnson & Johnson’s current “For All You Love” campaign which its VP Global Corporate Affairs, Michael Sneed, says is “a campaign that emphasizes our strategy for reconnecting with consumers”. The campaign features an easy-listening rendition of Guns N’ Roses 1980’s rock hit ‘Sweet Child O’ Mine’, sung by London-based Capital Children’s Choir. Repurposing a rebellious hard rock anthem to reconnect with consumers – that’s another pharma social media first. 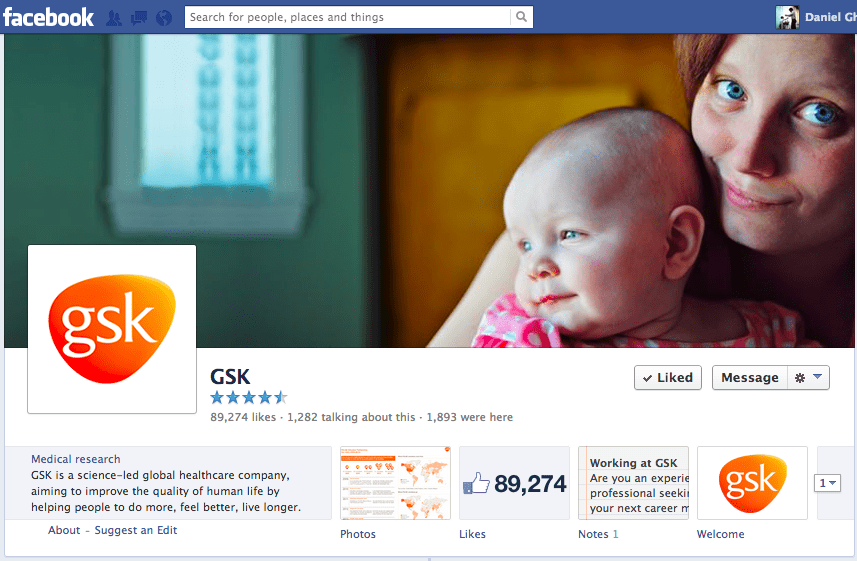 Back in 2011 I wrote about GlaxoSmithKline’s proactive engagement on Facebook, during a season in which only the bravest communicators would open up two-way dialogue with consumers online. By the time you read this, the number of ‘Likes’ on the company’s Facebook page will have exceeded 90,000, and continues to grow at over 500 likes per week.

A little ahead of GSK in followers, Pfizer’s Facebook page has also recently passed the 90,000 Likes threshold. These figures put GSK and Pfizer ahead of other pharma leaders on Facebook such as Boehringer Ingelheim, which currently has around 82,000 likes, but is growing rapidly. The race is on to hit 100,000.

In truth of course, the prize in pharma social media is not for follower counts but for meaningful engagement that connects companies with stakeholders. That’s a story for another day. 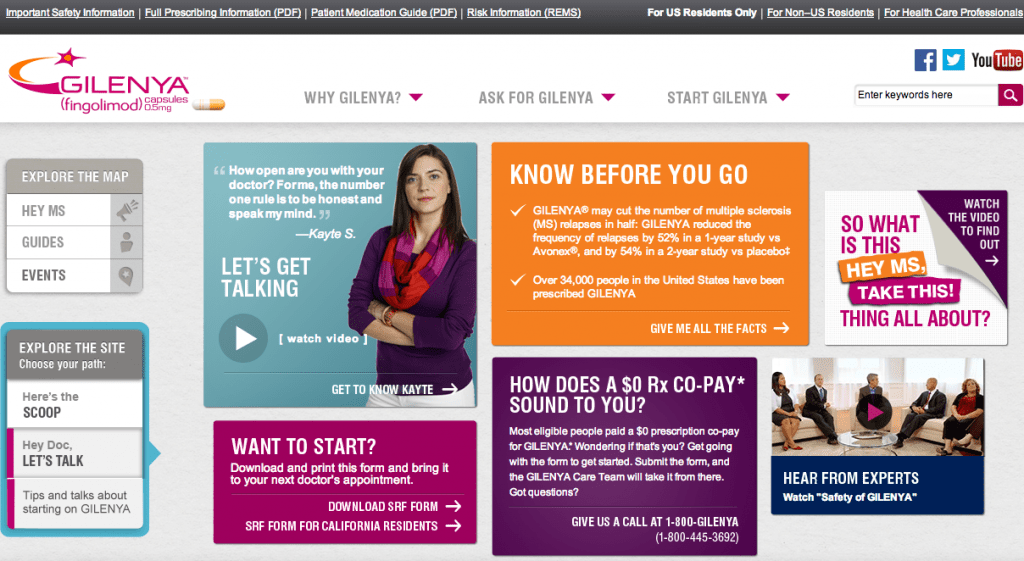 One reason we have never before seen social media used to openly support a branded prescription product is because in most countries outside the US, it would be illegal. Novartis has overcome this by configuring its Facebook and YouTube channels so that users outside of the US are unable to access them; while its Twitter channel includes “USOnly” in its profile name and description, and as a hashtag on every tweet. The product website states “For US Residents Only”, while non-US residents are directed to Novartis’ global corporate site.

The social media components are cautiously implemented, with limited opportunity for two-way engagement. But in launching the Gilenya site, Novartis has taken a lead among pharmaceutical companies to proactively navigate the industry’s sensitive regulatory environment. This is a big step toward providing the kind of engagement that consumers value in the digital age. 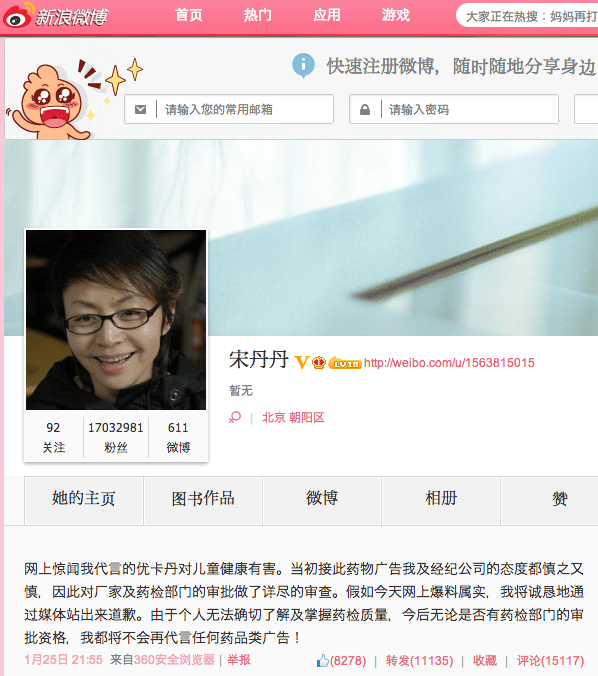 I have included Chinese pharmaceutical company Renhe Pharma’s social media crisis in my top-10 firsts, not for its innovative engagement strategy, but for its value as an illustration of the power of social media in healthcare and the significant role of doctors online. It is a painful example of what can go wrong when social media is used against a pharmaceutical brand.

According to South China Morning Post, a Beijing-based doctor posted a message on Weibo that read: “Youkadan and Haowawa medicine have been proven toxic to children’s livers. Children under one year should absolutely not take it. Children under six should take it with caution.”

He then encouraged high-profile users to share his post: “Why are their advertisements still in the media? Celebrities, please spread the message and have these commercials withdrawn.” The post was immediately shared, tens of thousands of times, by others including a Chinese television star who at the time had over 26 million followers.

Popular Chinese comedian Song Dandan, who starred in a Chinese television ad for the medicine, posted an apology on Weibo for his role in advertising the medicine and vowed never again to support drug advertising.

Although the doctor who originally posted the message later admitted that he had inadequate information, and China’s Food and Drug Administration issued a statement claiming the medicine was safe, it was too late to prevent the impact on Renhe’s share price, and the company estimated it lost around one billion yuan (USD $160m).

It is not the first time that a pharmaceutical company’s stock has crashed after a social media crisis. In 2011, K-V Pharmaceuticals’ share value dropped 20% after a Facebook user launched a protest page about its product pricing, and in that case, doctors joined in the online campaign via the Facebook page. What is significant about this year’s Renhe crash is that the crisis was started by a healthcare professional’s social media post.

This trend has developed throughout the year, as pharmaceutical companies have embraced the opportunity to make the most of their congress activity, taking engagement well beyond the physical event to connect with customers worldwide through congress hashtags in social media.

“We’ll be chatting about the unmet medical and patient need in COPD, the importance for new treatment options and what could be done to improve patient care and disease outcomes”, read Boehringer Ingelheim’s announcement about the Twitter chat.

The Twitter chat used hashtag #COPDChat to host a conversation with people all over the world on Twitter. In the event, the live chat included 60 people in the conversation, which spanned from the US and Canada to South America, Europe and Asia. 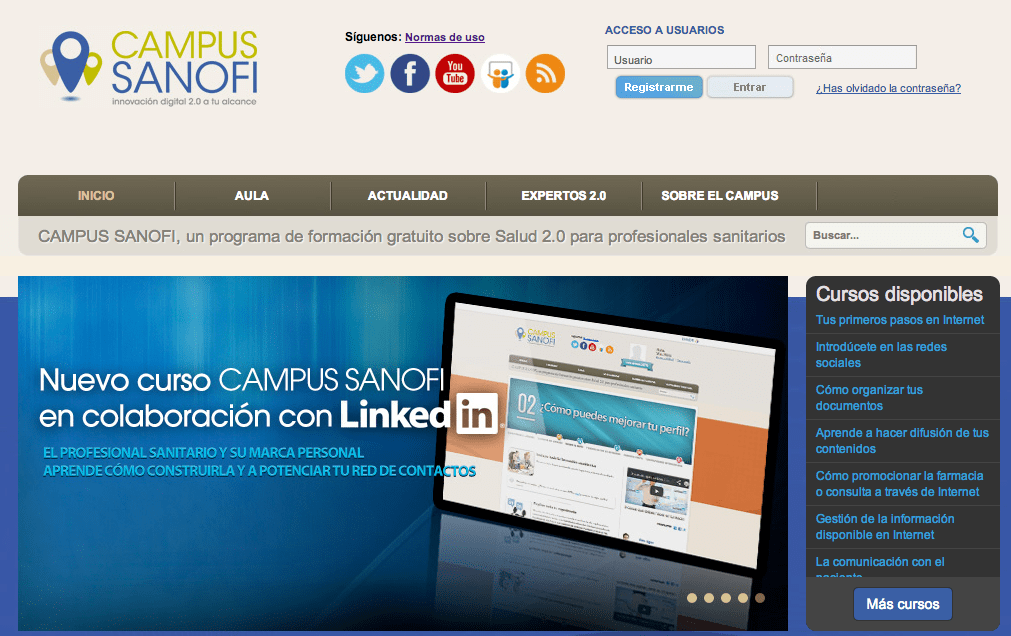 Campus Sanofi includes a course on LinkedIn for doctors

This year has seen breakthroughs in the activation of Digital Opinion Leaders (DOLs), key online influencers including healthcare professionals who use social media to engage other health stakeholders. In 2012 I wrote about the opportunity to activate DOLs by identifying online influencers and collaborating with them online toward mutual goals.

Boehringer Ingelheim provided my favourite example of DOL activation in 2013, and a first for pharma when it collaborated with Professor Andrew McIvor, introducing him to the online community of people interested in COPD through a hosted twitter chat during the European Respiratory Society congress.

Boehringer Ingelheim’s collaboration with Prof. McIvor was not only a pharma first but certainly a first for this emerging Digital Opinion Leader too. “Thank you for joining us, we’re pioneers!” he tweeted at the end of the chat.

We all keep learning

My congratulations and thanks to the pioneers of all these top-10 initiatives I have mentioned. Finding the right path in social media is difficult, sometimes risky, but it’s an adventure we all keep learning from. I look forward to 2014 with anticipation of many more new social media breakthroughs and I will try to keep up with them in this column. Watch this space.