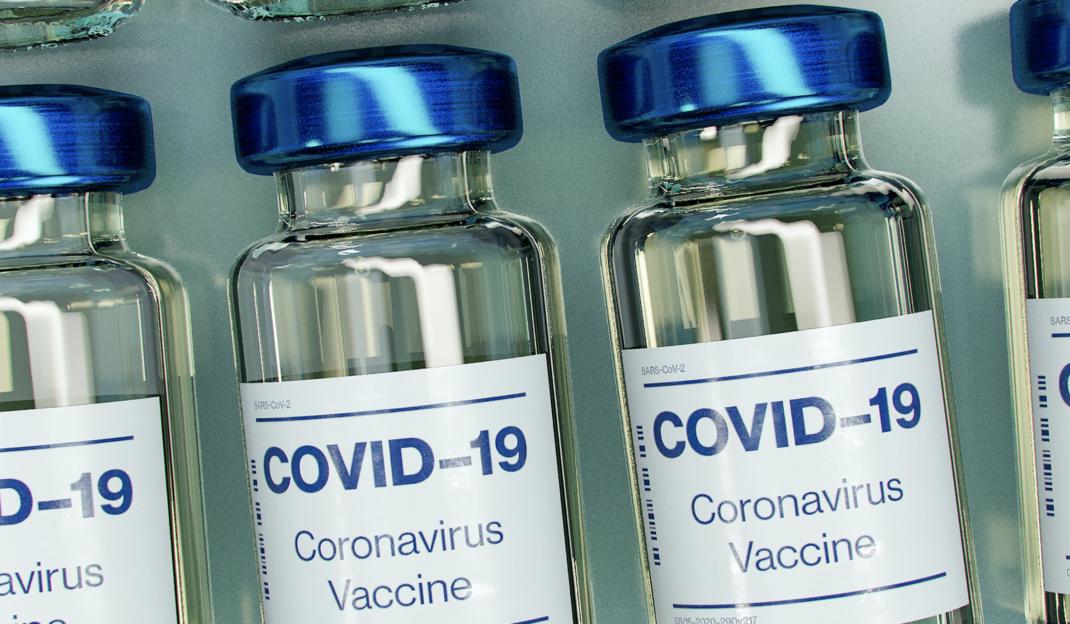 Since vaccine rollout began worldwide at the end of 2020, approximately 10.2 billion doses have been given and approximately 4.2 billion people fully vaccinated against COVID-19. Over 127 million people in the UK and US alone have received a booster shot of the vaccine in order to prolong protection against the COVID-19 virus.

CREATION.co analysed what healthcare professionals (HCPs) think about mandatory vaccination, with opinions of HCPs splitting between those who believe vaccine mandates are absolutely necessary and those who believe that vaccines should be encouraged but not mandatory. With the emergence of the Omicron variant at the end of 2021, an additional booster dose of the vaccine was highly recommended to increase protection against the virus.

As fully vaccinated and boosted individuals now becomes the norm, conversation is shifting towards a fourth dose of the vaccination, with Israel having led the way in implementing a further dose. CREATION.co analysed the online conversations of HCPs over a 3 month period between 6 November 2021 and 6 February 2022, looking at 7,895 posts by 4,141 unique authors, to find out what they think about a fourth dose of the vaccine.

HCPs distinguished between fourth dose for immunocompromised and another booster

One US cardiologist, Afshine Emrani, made the distinction clear in a post stating that those immunocompromised should get a fourth dose but those who are young and healthy or who have had a full round of vaccination (2 doses) and have recovered from COVID-19 should not get a fourth dose. This was an opinion shared by other HCPs as well.

HCPs hold up Israel as an example

With Israel leading the path for countries implementing a fourth dose or second booster, HCPs across the world shared data from Israel and used it as a case study for the efficacy of a fourth dose. Some HCPs did point out that the data coming out of Israel showed that the fourth dose was effective in improving protection against severe illness, which the German expert panel on vaccine use cited as their reason for recommending a fourth vaccination. However, the majority of HCPs concluded that a fourth dose is not the way forward in tackling the virus based on data coming out of Israel, which showed that the fourth dose was not efficacious against the Omicron variant and did not offer much more than the first booster or third dose did.

Outside of the negative sentiment stemming from Israeli data, HCPs were generally negative towards the idea of a fourth dose. A number of HCPs expressed that continuing to administer booster after booster without further trials or modifying the vaccine should not be the way forward as it is an ineffective way to tackle the virus. Alongside that, some HCPs shared an article from the Telegraph wherein the British head of vaccines, Professor Sir Andrew Pollard, stated that until more evidence is collected, a fourth vaccine should not be administered because it is not sustainable to vaccinate every 6 months.

One HCP called for ‘clinically meaningful outcomes in infection, symptomatic disease, hospitalization, and death’, otherwise continuing to increase antibodies is not sufficient:

As I've been suggesting, and this data confirms, we can't boost our way out of this. A bump in antibody levels is insufficient without clinically meaningful outcomes in infection, symptomatic disease, hospitalization, and death. https://t.co/3CCZbJCopg

Other HCPs also commented on the situation of vaccine inequity, voicing that discussions of a fourth shot when many in the world have not even been offered their first vaccine is the reason there is no foreseeable end to the pandemic.

They will do nothing to address global vaccine equity

A sampling of the top 50 most reached HCP posts online within the conversation of fourth doses revealed that more than twice as many HCPs feel negatively about another booster than those that feel positively.

Despite the generally more negative outlook on a fourth dose of the vaccination, there remain a smaller number of HCPs who wholeheartedly backed continuing to use booster vaccines due to the efficacy of the vaccine and its ability to save lives. One HCP commented that they would take as many additional doses as necessary to protect theirs and their loved ones lives whilst another stated that although a fourth dose of the vaccine is not necessary yet, the vaccine is still exceptionally effective in preventing severe illness, and that the definition of what is considered ‘fully vaccinated should change to reflect the necessary doses.’

Whilst most of the opinions of HCP towards a fourth dose of the vaccine has been to be resistant towards it, they do also predict that a fourth dose is highly likely. They had several predictions including that:

I'd say the likelihood of a 4th dose is >99%; just curious of the time frame.

2. That subsequent boosters would be the likely scenario going forward, much like the flu shot; and

Initial series: 2 shots and a booster (no 4th shot)

Subsequently: 1 annual shot until the pandemic ends (like a flu shot)

Once the pandemic ends, more shots might not be needed but we can't predict for sure

Virtually every non-live vaccine needs a dose after 6 months, including:
– diptheria
– tetanus
– pertussis
– hepatitis A
– hepatitis B
– pneumococcal (prevnar)
– H flu
Thus a 3rd dose at 6mo is not a surprise. Will there need to be a 4th dose? Probably at 2 yr would be my guess.

Three articles. I wrote three. All of them argued with by those who said only two doses were needed. I don’t mind that. I mind the influence they had that now is resulting in infections and death. It’s a three dose vaccine. And we’ll probably need a fourth. #VaccinesSaveLives

With the majority of countries worldwide yet to roll out a fourth dose of the vaccination, HCP conversation regarding the issue will likely continue and it remains to be seen whether sentiments will shift. As more time passes from the first booster or third dose, and HCPs receive more data regarding the efficacy of booster shots, HCP opinion continues to be shaped and changed and CREATION.co will continue to monitor these conversations for the latest in what HCPs think.

Understanding your HCP customers better can help you to identify how best to communicate with and support them. If you would like to chat about a specific need you have right now then get in touch, we’d love to help. 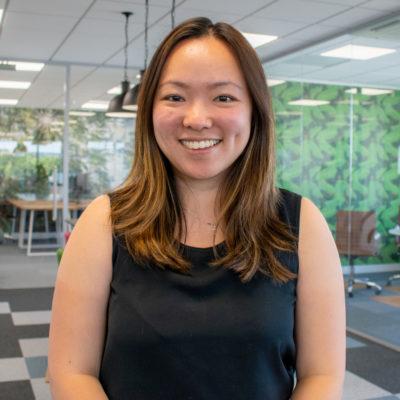 Fran analyses the unprompted online conversations of healthcare professionals to produce actionable insights for clients. Her background in legal research provides a solid foundation in critical thinking and enables a well rounded approach to her data research.

Fran has a keen interest in netball and is a big follower of the New Zealand domestic netball league. She is also a lover of board games and card games, especially ones that involve shouting! 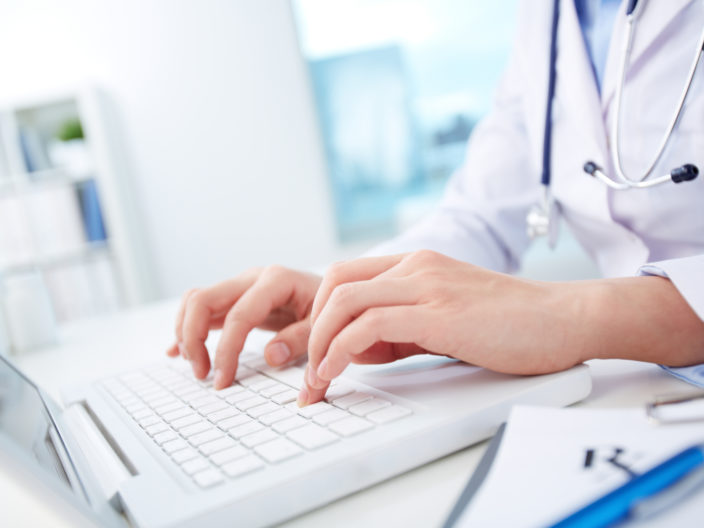 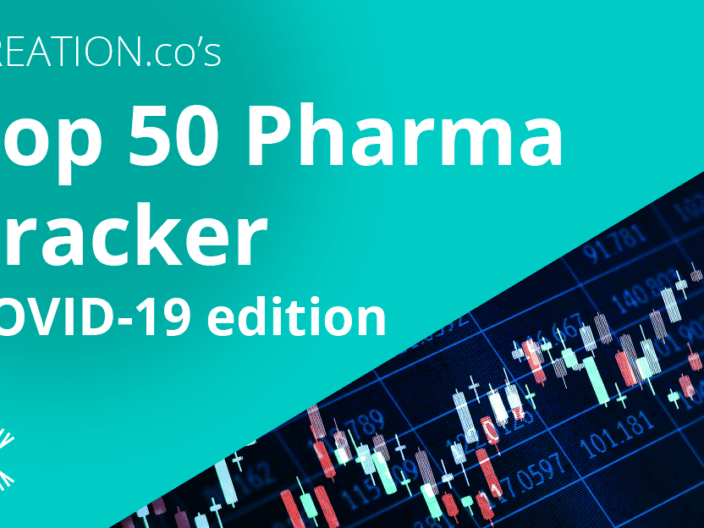