Previously, we looked at the case for ‘agile approvals’ and considered how regulatory constraints provide us with a catalyst for innovation. In this article, we consider how to plan ahead and start preparing for engagement.

Listen, and then engage (appropriately)

It is important to start any engagement strategy by listening.

If you planned on joining an existing conversation at a networking event, you would first approach and listen to the existing conversation. In time, having further understood the various positions of those present, you may venture your own contribution to the conversation: an opinion; a question; a relevant fact; or perhaps even something humorous to connect with others involved.

In the past we have seen good examples of pharmaceutical companies adopting this approach, such as when Roche listened to diabetes bloggers or when Pfizer sought to understand the needs of patients with chronic pain.

Yet some brands and companies approach ‘engagement’ primarily with advertising, or find people conversing online and then simply insert or broadcast out pre-approved messages in the hope that they will resonate. The company behind the message may not be fully equipped to adequately engage in in any resulting conversation.

What is the worst that can happen?

Some years ago, we were helping a pharmaceutical company consider ‘the worst that could happen’ throughout the course of an online debate to be held with healthcare professionals. Our strategy team prepared a schematic diagram which was inspired by a post describing the process flow diagram used by the U.S. Air Force to govern their response to bloggers – and this was in 2008!

We started our own process diagram with passive listening. This involves the use of software tools or manual techniques to monitor an already active conversation. The term is also used in the world of submarines – where ‘passive’ sonar is a microphone in the water monitoring all of the noises in the environment to detect a signal of interest.

Let’s look at the elements of the process:

‘Social media monitoring’ is a means of passive listening, and indeed there are now very focused tools that look at a subset of ‘all the noise’ in the ocean of conversation – such as the Creation Pinpoint® service for listening to healthcare professional conversations in public social media. 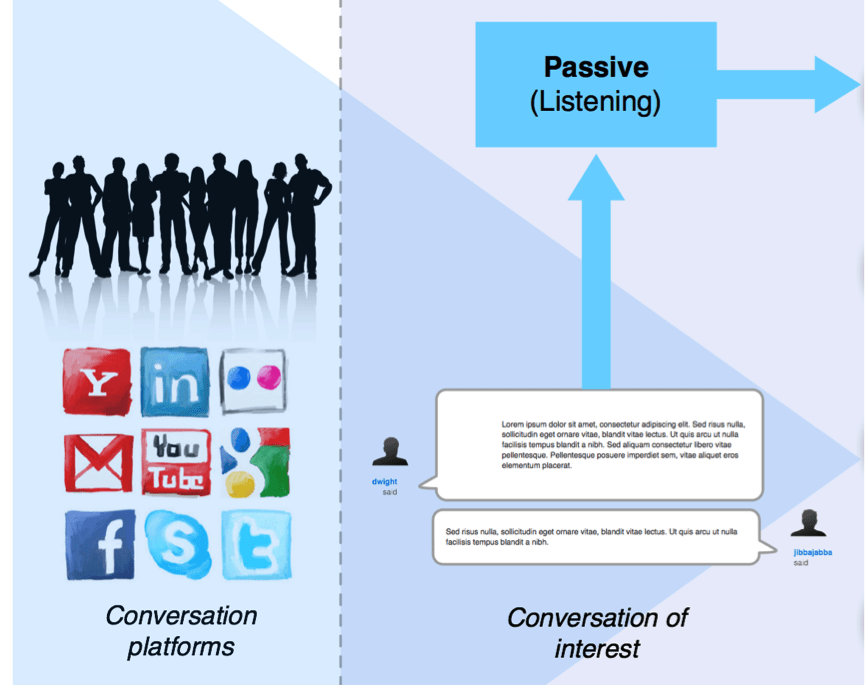 Figure 1 – Conversational engagement starts with ‘passive’ listening around what people are already saying, to understand the needs and nuances of those involved.

Using a so-called ‘traffic light system’, also referred to as ‘stop, start, continue’ or in this case ‘Action, Alert, Allow’ we can classify conversation.

Figure 2 – A ‘traffic-light’ system identifies content which may require caution or further interpretation. It also shows content that can be immediately engaged with.

Think about which ‘status’ can be automatically applied. This can save time and resources in the long-term. As an example, some items are listed in Table 1.

Table 1 – Some examples of predetermined responses for types of content

There are other generic classifications in the flow chart to categorize conversational content – which depending on their context may have different actions.

Using this approach, some content can be considered non-contentious and can be engaged with – with little or no risk of non-compliance even though this involves real-time engagement.

There may be obligations to moderate or remove content.

This type of action can be contentious, and if not handled well may cause dissent among a community. Hence, it is a good idea to establish ground-rules well ahead of any engagement so that it is simply a case of reminding the participants when necessary.

When Johnson & Johnson decided to allow comments on their Health YouTube channel, they found that the community would ‘self-heal’ and moderate each other’s comments that were outside the parameters of the discussion.

Figure 3 – A regulatory check on content will identify whether any internal standard operating protocols are applicable, and if so which department within the company needs to be alerted

Content can be evaluated for ‘sentiment’. Are there issues or is there a potential escalation of emotion – if so what should be done about that? 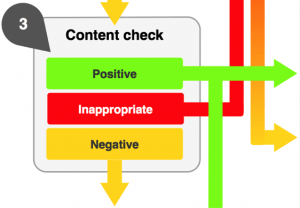 For items highlighted in amber, it may be necessary to further escalate to a ‘situation room’ or to others within the company that are experts or are authorized to form a company position on the matter. 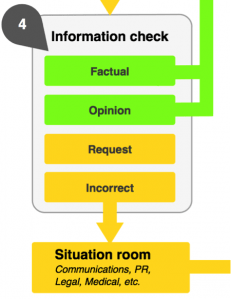 There are some situations where the best response is no response. A simple ‘thank you’ message may be appropriate. In other cases, sensitive explanation is necessary. We will look at these options in more detail in a future article.

How the company chooses to respond – whether in public or in private – will determine the way the conversation changes over time. It will also affect the perception of the conversation by outsides or others listening in. 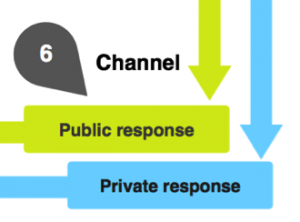 Figure 7 – Responding in private channels or public channels can affect the larger public conversations. It may lead to ‘active listening’

If the response is public, it will then stimulate further conversation – it becomes a form of ‘active listening’. Returning to the submarine metaphor, a submarine emits a ‘ping’ and then records the response with a microphone to determine where objects are in the environment. Likewise, when you place a question into a forum, or engage a person in a public social media network, it is effectively a ‘ping’ from the company which may elicit a response.

Rather than shy away from such two-way engagement, why not begin planning the various scenarios that are possible so that you will be equipped to join the conversation. In many ways, having a direct connection to an engaged community is the very best way to get to know what your customers and the general public expect from your company in the way it conducts its business and engages in real-time communication.

In the next article within this series, we will look at different response types and some suggested techniques for achieving ‘agility’ in a number of the above-mentioned scenarios.